Home » TV and Movies » Spoilers: Asha is crushed after asking Nina out in Corrie 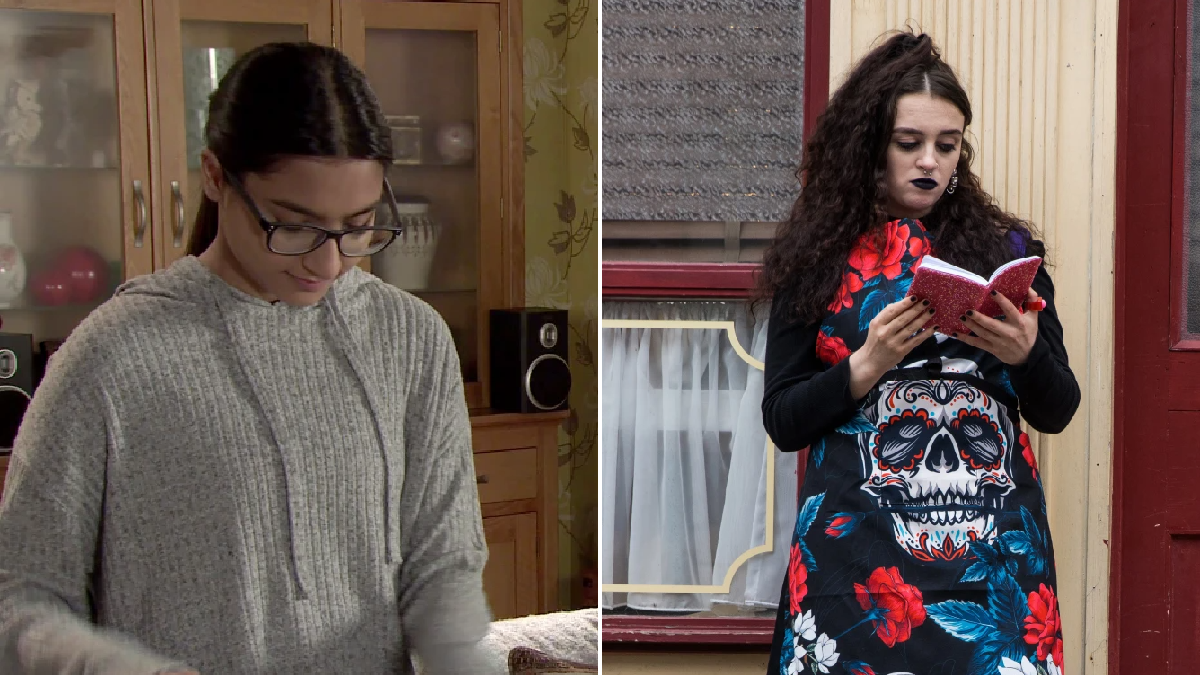 Asha Alahan (Tanisha Gorey) will be left heartbroken again in Coronation Street as she attempts to ask Nina Lucas (Mollie Gallagher) out.

Nina calls at No.13 to see a returning Abi (Sally Carman).

Nina queries Abi’s reluctance to reschedule the wedding and when Kevin (Michael Le Vell) says he and Debbie (Sue Devaney) will sort everything, Nina’s suspicions grow when Abi is forced to agree.

Later, Asha plucks up the courage to ask Nina out, but as she’s too upset after seeing Abi, she turns her down.

Meanwhile, after Dev’s (Jimmi Harkishin) debacle with Natasha (Rachel Leskovac), Aadi (Adam Hussain) suggests a lads’ holiday for the two of them at a swish campsite.

As Dev and Aadi excitedly discuss their holiday plans, they’re interrupted by the arrival of Asha who is clearly upset.

Aadi is furious when Dev tells him he’s asked Asha to come on holiday as she’s upset over Nina.

As Dev struggles to fulfil both Asha and Aadi’s holiday requirements, Aadi’s resigned to the fact that yet again, his sister’s needs come first.

Poor Aadi – can he find the courage to tell Dev how he feels?

And what about Asha? Will she move on from Nina?