Spider-Man: No Way Home is right around the corner, and as with the previous installment, will be sans Peter Parker’s mentor, Tony Stark. But amidst all of the nods to Spidey foes like Green Goblin, the No Way Home trailer featured a few regarding Iron Man himself — perhaps too many for some fans? 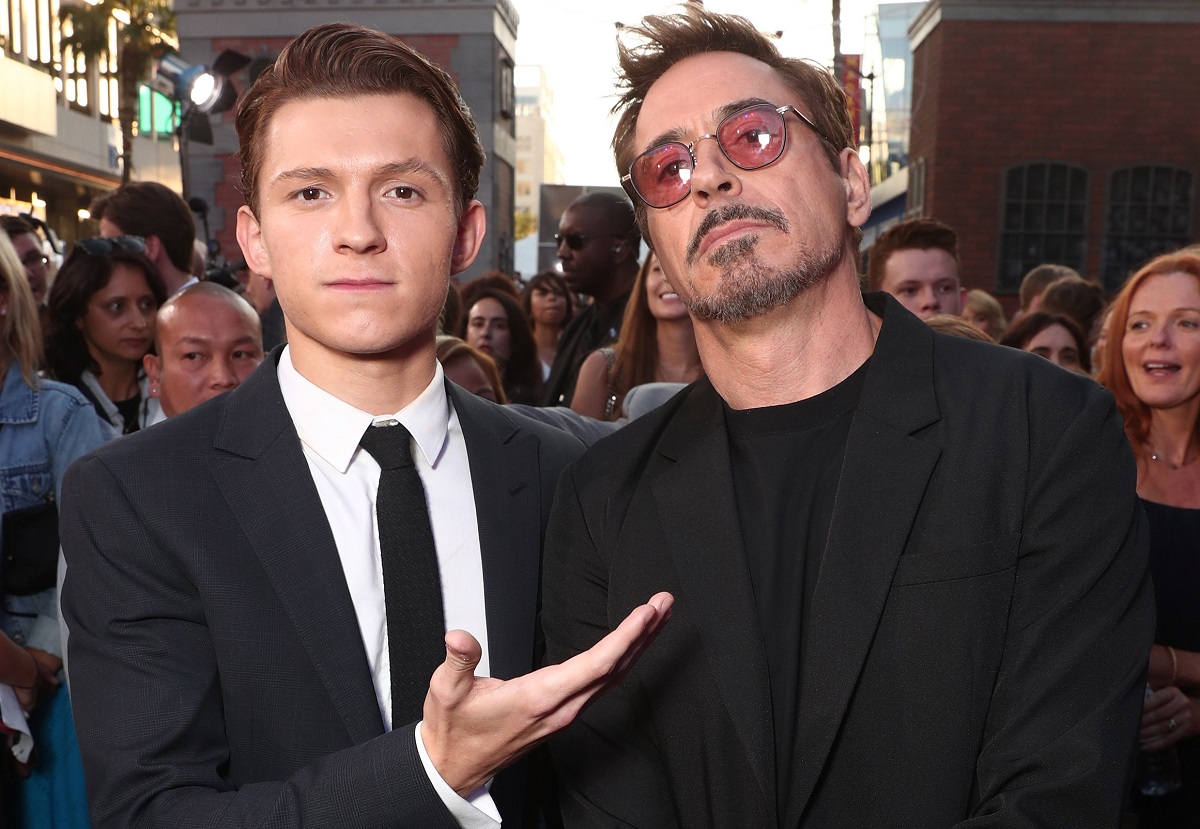 One of the things that made Tony Stark so fantastic was his never-ending sarcasm. He always had a quick-witted quip about nearly everything and everyone. And fans just couldn’t get enough of it. In the beginning, though, that sarcasm coupled with what was perhaps the world’s biggest ego. Which made Robert Downey Jr.’s character kind of a jerk.

Eventually, audiences saw Tony’s softer side come out in his relationships with Pepper and Happy. When Tony took Peter Parker under his wing in Spider-Man: Homecoming, however, is when the tables really turned. He became completely invested in the young superhero, teaching him valuable lessons and helping him develop his powers. He used his incredible creativity to build suits and tech for Peter to keep him safe and help him save others.

In Homecoming, when Peter tried to get in touch with Tony, he got brushed off several times by Happy. He ended up trying to fight the bad guys alone, which nearly ended very badly for him — only to be reprimanded by Tony when he finally showed up to “help.” Even though he wasn’t very warm and fuzzy, you could tell by the end of the film that Tony was trying to dish out some tough love to Peter.

As Fansided points out, Tony Stark and the young Spider-Man were noticeably closer in Avengers: Infinity War, having developed an endearing father/son relationship. The bond that they shared was so heartwarming, fans wished they could have seen more of it. Sadly, the film ended with Peter vanishing with the snap — one of the saddest scenes in the entire MCU history. It was impossible to hold back tears as Tony held Peter in his arms and the young hero told him how scared he was and how he didn’t want to go.

As if that wasn’t traumatizing enough, the MCU took us on a similar trip in Avengers: Endgame the following year. The wound was still fresh from Peter’s vanishing, but the MCU tricked fans into thinking all would be well when the Avengers succeed in reversing the Decimation and Peter shows up (alive and well) to help fight Thanos.

Tony and Peter would not get the happy ending that we had all hoped for, however. Tony uses the Infinity Stones to snap away Thanos and his army, ultimately sacrificing his own life because no human is strong enough to wield that power. So we have to sit through a reverse of the sad scene from Infinity War. Except this time, we know there is no way that Tony is coming back.

He may be dead, but will the MCU ever really let Tony Stark go?

Although Tony Stark is most likely not going to show up on the MCU screen again, there are still loads of references to the tech genius in No Way Home. So many, in fact, that some fans think it’s a bit too much. They think maybe it’s time to let Peter stop grieving and move on with his life.

First of all, Murphy’s Multiverse guesses that Happy Hogan will play a big part in the upcoming film. Which makes sense, because he does feel a duty to look out for Peter now that Tony’s gone. We can also expect to see a lot of Stark technology, including drones and Peter’s new suits. The new suit revealed in merchandising seems to be a combination of the suit Peter designed in Far From Home and the Iron Spider suit from Infinity War.

It’s really not strange that Peter would continue to use Stark technology to design suits and weapons. He has Happy and Pepper to help him, and Tony taught him basically everything he knows. Plus, the tech is super awesome — why not use it? As far as Peter grieving for Tony, ScreenRant speculates that Doctor Strange may be stepping up to take Tony’s place as Spider-Man’s new mentor…