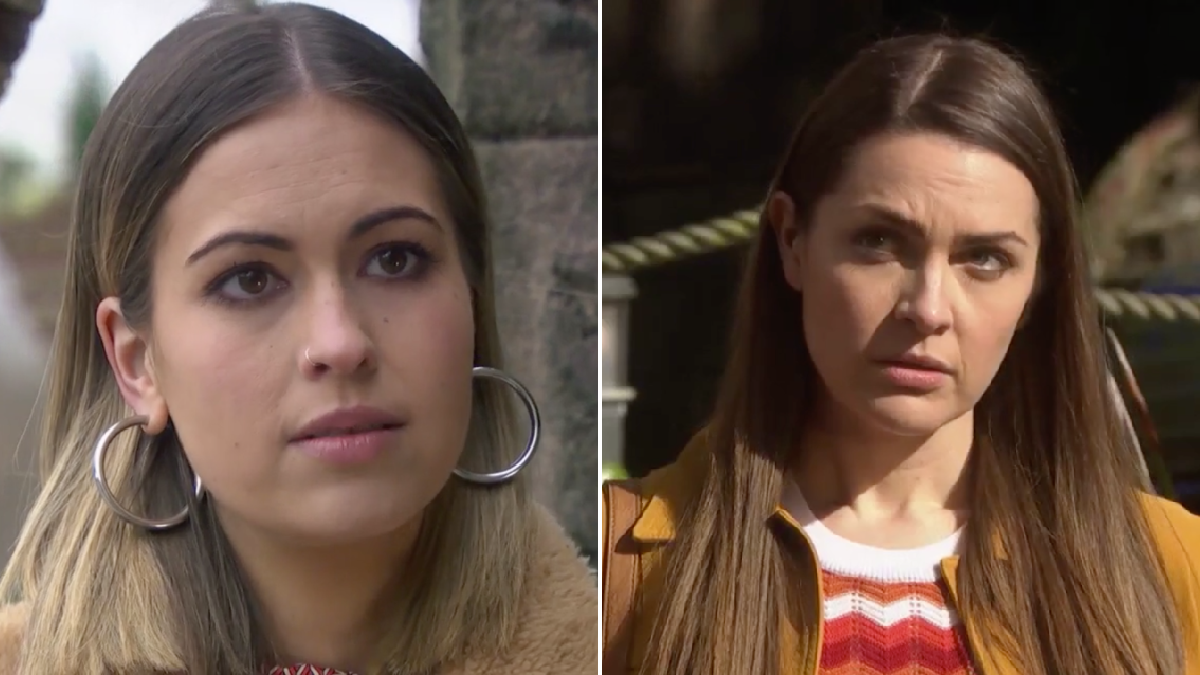 Summer Ranger (Rhiannon Clements) branded Sienna Blake (Anna Passey) her property in Hollyoaks tonight (May 3), as she threatened to murder her adversary’s date if he ever set foot in the village again!

Sienna resolved to get back on the dating scene, following a conversation with Joel Dexter (Rory Douglas-Speed).

After messaging a man named Theo, the young woman decided to give love another shot, and therefore agreed to meet with the handsome chap in tonight’s edition of the Channel 4 soap.

Summer, however, was livid when she got wind of Sienna’s impending date, and set out to sabotage it!

The villainous cake maker forced her way into Sienna’s flat, and used her nemisis’ phone to rearrange the date with Theo.

Summer then arrived at The Dog to meet with the young man, claiming to be Sienna.

She feigned enjoyment, as she listened to Theo discuss his hobbies, but as the ‘date’ came to an end, she threatened to murder the young lecturer if he didn’t stay away from Sienna.

What’s more, she proved just how serious she was being when she removed a sharp tool from her pocket, before branding Sienna as her property.

A scared Theo did as Summer demanded.

Summer has proven what she’s truly capable of tonight, but the question remains: what does she mean when she says that Sienna is hers?

Is she interested in pursuing a relationship with her? Or is it simply the thrill of the chase – or ‘the ride’, as she so not-so-eloquently put it – that excites her?

The jury is still out on that one, we’re afraid, but either way, it’s pretty clear that Summer will stop at nothing to keep Sienna all to herself.

Hollyoaks continues Tuesday May 4 at 7pm on E4.