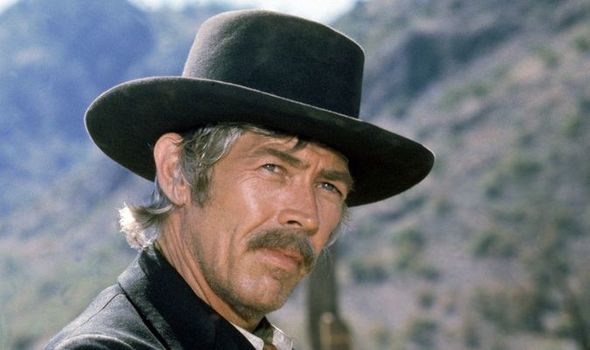 Cigar clenched in the corner of his mouth, riding tall in the saddle with his steely eyes set in a face that might have been carved from the granite hills, his sonorous voice deep as the ocean, James Coburn was the iconic cool Hollywood action hero.

Starring in more than 70 films including The Magnificent Seven, The Great Escape, and Pat Garrett and Billy the Kid, he was also America’s answer to James Bond as the suave secret agent in Our Man Flint.

Whether driving fast cars with Steve McQueen or training in martial arts with Bruce Lee, even off-screen he appeared to be the archetypal movie tough guy.

Yet a fascinating memoir published today, compiled from 50 hours of secret tape recordings left by the screen legend, tears away the Tinseltown facade to reveal a Coburn the public never knew a secret hippie who embraced the look, the philosophy and even the hallucinogenic drugs of the flower power era.

“He was a very different man from his Hollywood persona,” says his daughter-inlaw Robyn Coburn, 60, who compiled the memoir from the actor’s cache of tapes, private letters, journals and interviews with family and friends.

“He was a closet hippie, a New Age seeker before his time, always seeking spiritual enlightenment.

“In movies he was a tough guy, but in reality he wouldn’t hurt a fly. He studied martial arts with Bruce Lee, but he was extremely gentle. He’d rather talk than fight.”

He also admits to his failings as a negligent father and an unfaithful husband.

On screen Coburn would be equally at home on horseback in dusty Westerns, or playing urbane fashion-forward sophisticates.

Yet away from the cameras he would relax in flowing North African kaftans, his home filled with Asian and Indian art and carvings, Kama Sutra paintings, drums and Chinese gongs, his memoir reveals.

He had already tried peyote, a Mexican plant containing the psychedelic drug mescaline, several times when in 1959 he first took LSD.

“It was phenomenal,” he raved. “I love it… It opened your mind to seeing things in new ways, in a new depth.”

Robyn recalls: “He used a lot of drugs in different ways, but mostly marijuana when it was highly illegal and risky.”

In the 1960s, Coburn became obsessed with Islamic mysticism, and proposed titling his memoir Dervish Dust, believing that his life was like a whirling dervish whose spinning induced a transformative state.

“My life would be the spinning of the dervish, and the dust would be my memoirs,” he said.

Says Robyn: “He was ahead of his time as a New Age thinker.” Coburn campaigned to legalise marijuana, practised meditation, and was an early hugger in an era of handshakes.

Yet he failed those he loved, including his first wife Beverly and their children Jimmy and Lisa. “I was a terrible parent,” Coburn confessed. “I was a failure at all of that stuff. I loved to get out of the house and go on location and be involved with something else rather than the familial stuff. I was out of the house as much as I could possibly be.”

Even when home, Coburn could be woefully neglectful.

One afternoon, while he was meant to be watching five-year-old Jimmy play in the pool, his wife Beverly found the actor “snoozing on a lounger and Jimmy’s tiny body inert at the bottom of the pool”, says Robyn. Miraculously, the actor managed to rescue and revive his son.

Coburn was an equally neglectful husband, having serial affairs, but Beverly turned a blind eye to his adultery.

According to Robyn: “She didn’t want to know what happened when he was alone on location, provided he was discreet and didn’t involve his family. It’s ironic that for a spiritually advanced man he had so little empathy for his wife’s suffering.”

Coburn’s home became “infamous,” she says. “There were drugs, and there were girls… It was a party house.”

But after 19 years of marriage, Coburn left Beverly in 1979, igniting a bitter divorce battle. “She took him to the cleaners,” says Robyn. Coburn gave up their house and art, Rolls Royce and Mercedes, half his movie royalties, corporate assets, property, a motel, a Cessna aircraft and more.

“I just said: ‘Take it! Take it!'” he recalled. “I was raging inside because she got the house and all the good art, and I got nothing. I was busting my ass, and I didn’t have any bread. She kept everything, and I just wanted to get out.”

Robyn revealed: “His rage and resentment festered, eating away at him, and he believed it triggered crippling rheumatoid arthritis.” The illness gnarled his hands and stiffened his legs.

“Acting was next to impossible because every time I stood up, I would break into a sweat,” Coburn said. “It was my own fault. That was the rage I couldn’t let go. It took me a long time to get over that.”

He tried experimental treatments and homeopathic remedies, as well as marijuana and cocaine for pain relief.

“I knew cocaine was probably terrible, but it made me feel good while I was doing it,” he said.

Unlike many Hollywood memoirs, Coburn has only fond memories of his celebrity friends. He recalled taking acting classes alongside James Dean – “Dean would just blow your mind” – and getting stoned onset with Steve McQueen: “The first thing he asked me was, ‘Do you want to smoke a joint?’ I said, ‘Sure, why not?'” Cary Grant was “a groovy guy,” while Audrey Hepburn “was fantastic, and we had a lot of fun” filming Charade.

Marlon Brando was “probably one of the funniest human beings I’ve ever met.” Bruce Lee sent Coburn sprawling with his famed “one-inch punch,” and then they became lifelong friends.

After his divorce, Coburn dived into a turbulent romance with British singer-songwriter Lynsey de Paul, 20 years his junior.

“We’re soul-mates,” said the blonde beauty. “We touch the essence of each other.” But after three volatile years they split in 1981.

“She wanted things that Jim couldn’t give her, namely a family and marriage,” says friend Rob Harabedian.

Coburn tried applying his spirituality to his craft, saying: “You cannot act with an ego, and you can’t work with an ego”, with questionable results.

“It may be that his quest to eliminate ego had the effect of, ironically, making him more self-involved, more selfcentred, rather than less,” says Robyn.

After a career lull, Coburn enjoyed a series of hits, including roles in The Nutty Professor with Eddie Murphy, and Eraser with Arnold Schwarzenegger, before winning an Oscar playing Nick Nolte’s abusive alcoholic father in the 1997 drama Affliction.

But by the time he shot his last movie – 2002 mystery American Gun – he was in constant pain.

“He couldn’t walk, he couldn’t work, and it preyed on his mind,” says Robyn. “It was very frustrating.”

Despite being a faithless husband and negligent father, he died believing in a simple credo: “The key to our purpose … is to understand ourselves, and to learn love. Love is the answer.And it truly is.”