The pair were spotted taking in the sights of Sydney on two wheels alongside Crowe's girlfriend Britney Theriot, 30. 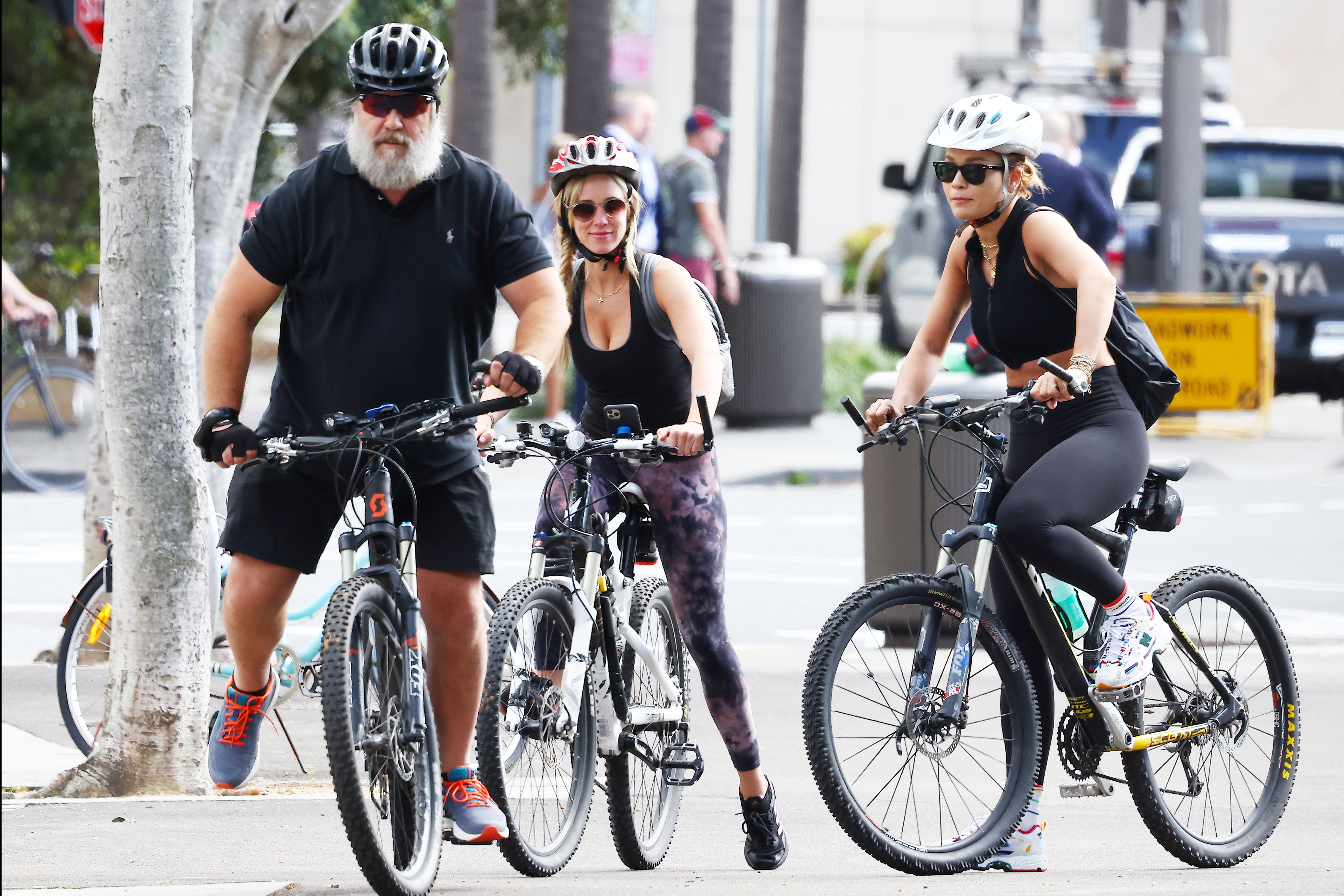 Rita donned a pair of black leggings and matching zip crop top for the outing which she accessorised with several gold necklaces.

Putting safety first, the Hot Right Now hitmaker sported a bicycle helmet and shades as she followed Russell from sight-to-sight.

Gladiator star Russell, 56, followed Rita's fashion lead and sported all black for the occasion while Britney, who is 26-years his junior, wore a pair of patterned leggings with a black vest.

Rita has been keeping her fans up to date with her antics while in Australia and shared a series of bikini shots on Instagram earlier this week. 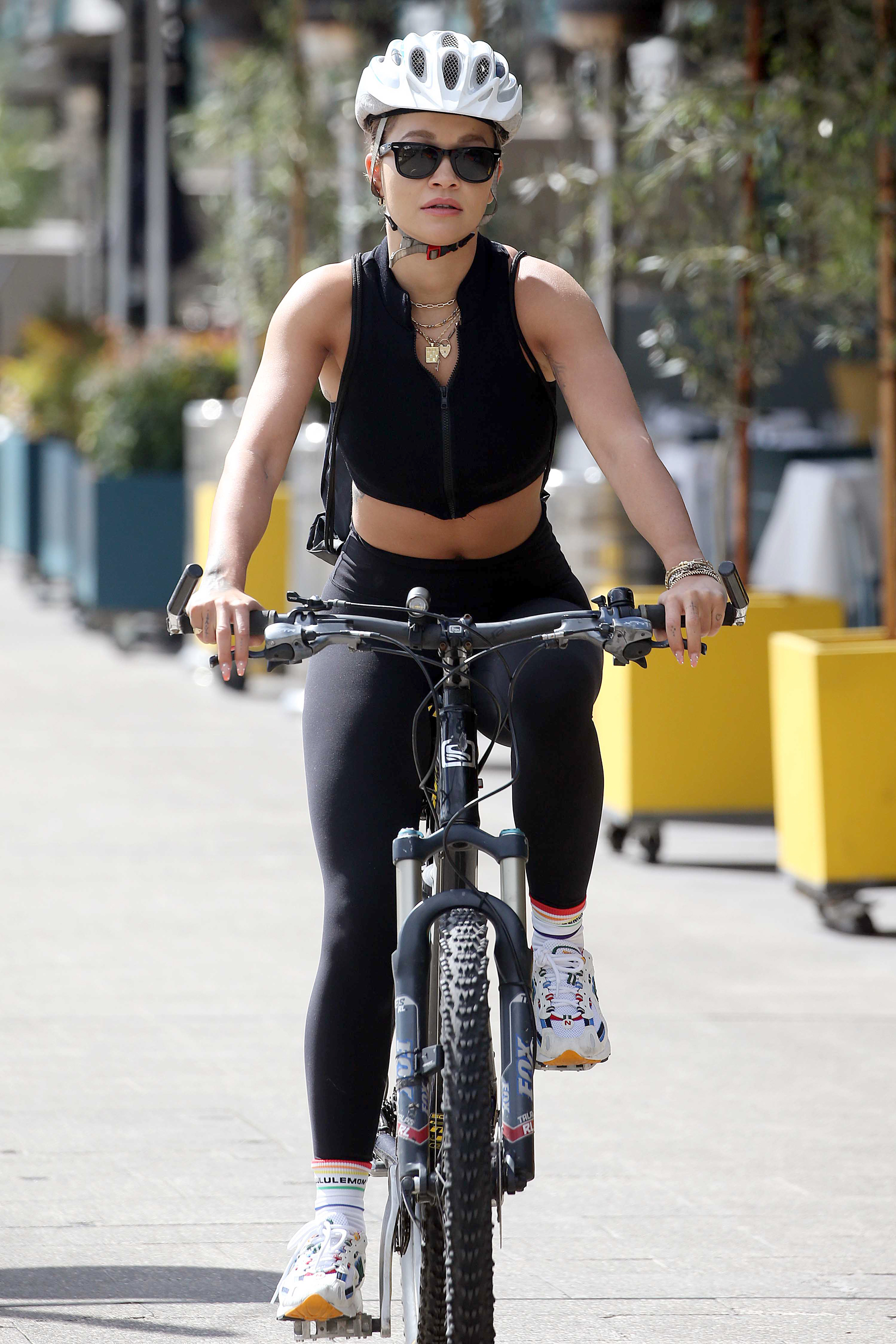 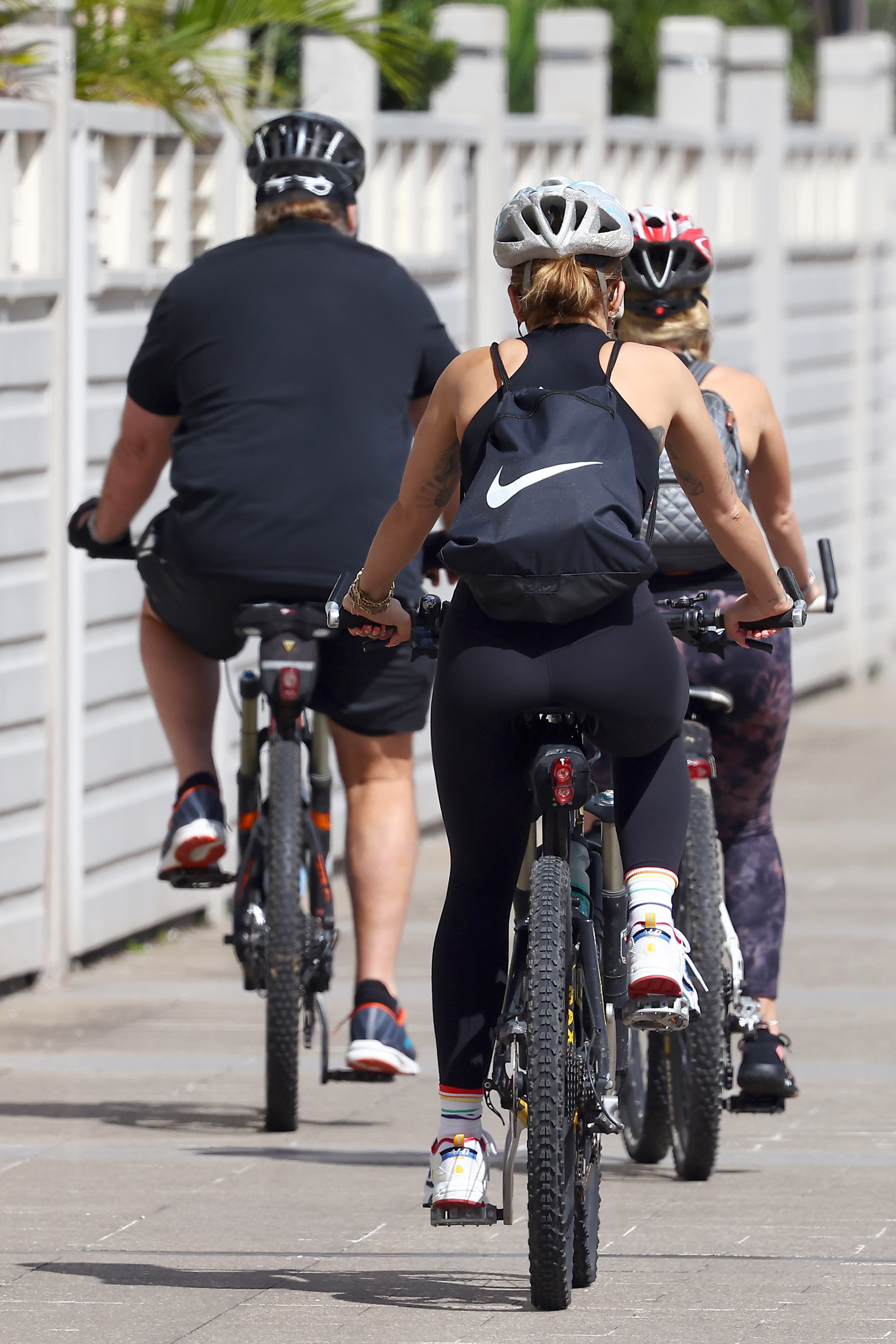 She told her followers: "Wishing everyone the best beginning of the week…I love you guys so much."

The sizzling snaps sent Rita's fans into a frenzy, with one writing: "You're so gorgeous beach babe!"

Another posted: "You are stunning. Hope you're enjoying Sydney."

A third gushed: "Orange is definitely your colour." 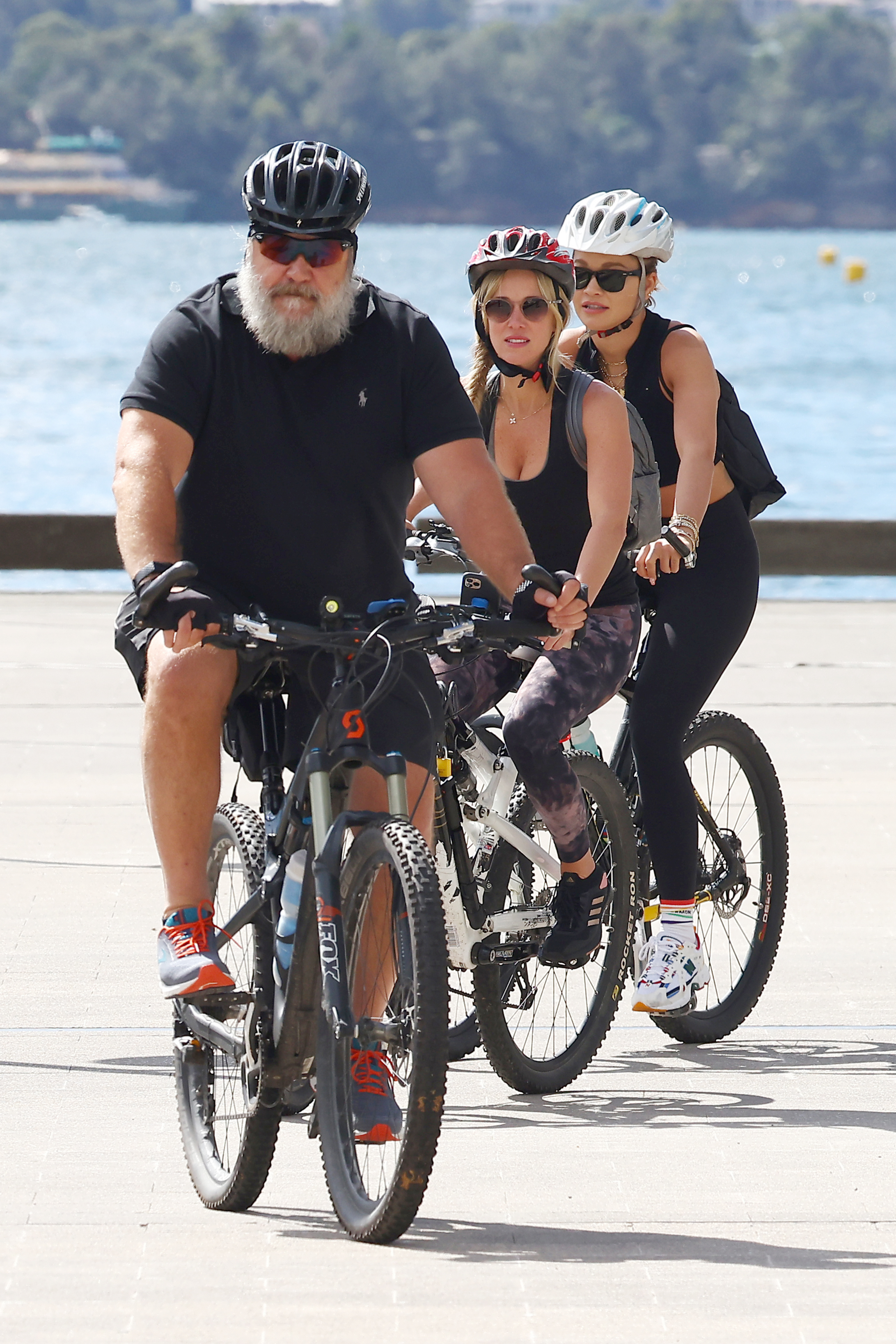 Rita has been making the most of her time in Australia while she films The Voice.

Joining Rita on the panel will be Keith Urban, Guy Sebastian and Jessica Mauboy.

The songstress spent 14 days in hotel quarantine before she was allowed to explore the Aussie sights amid lockdown rules.

The star appears to be over her UK lockdown-flouting drama – when she broke the rules to attend her 30th birthday party at a restaurant in west London in November. 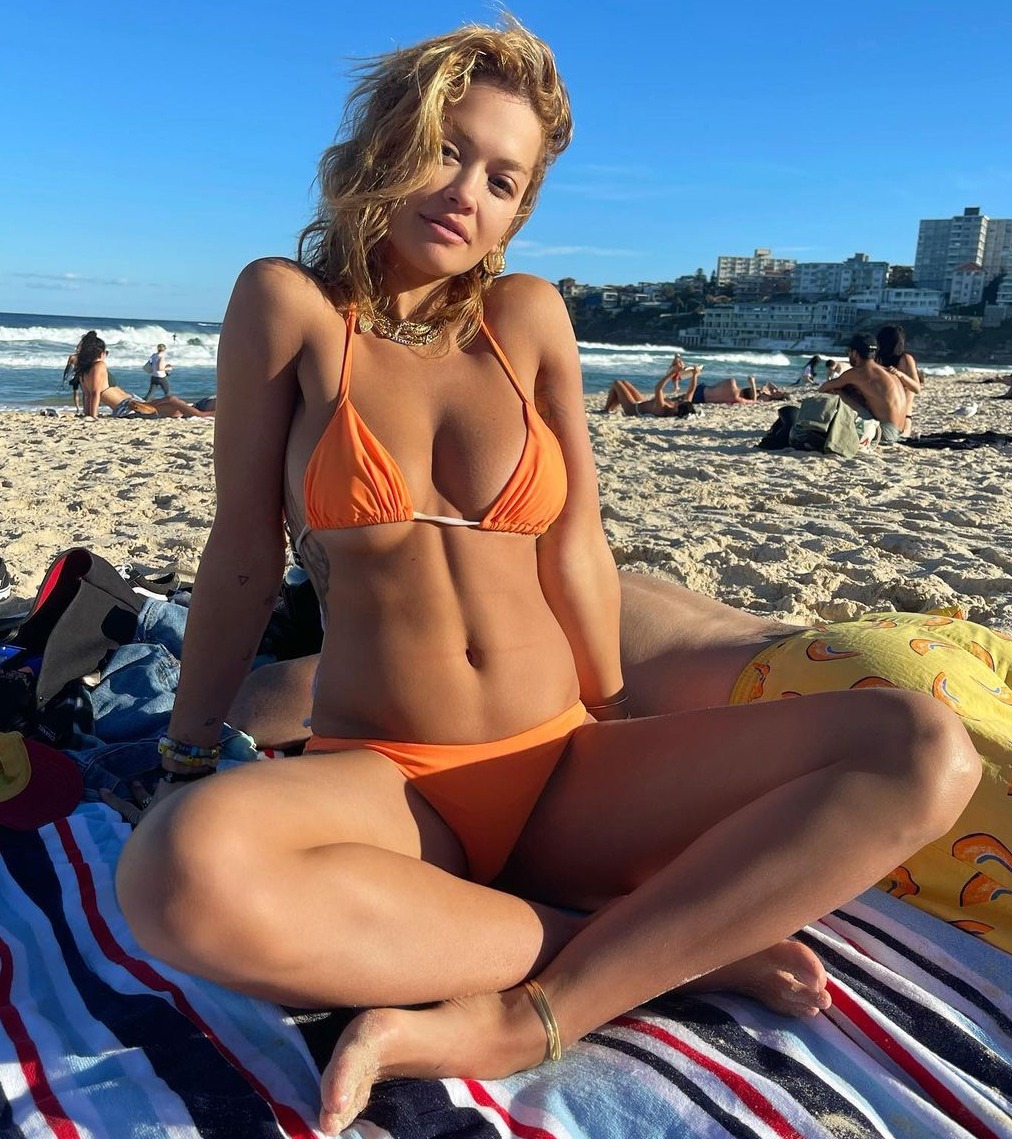 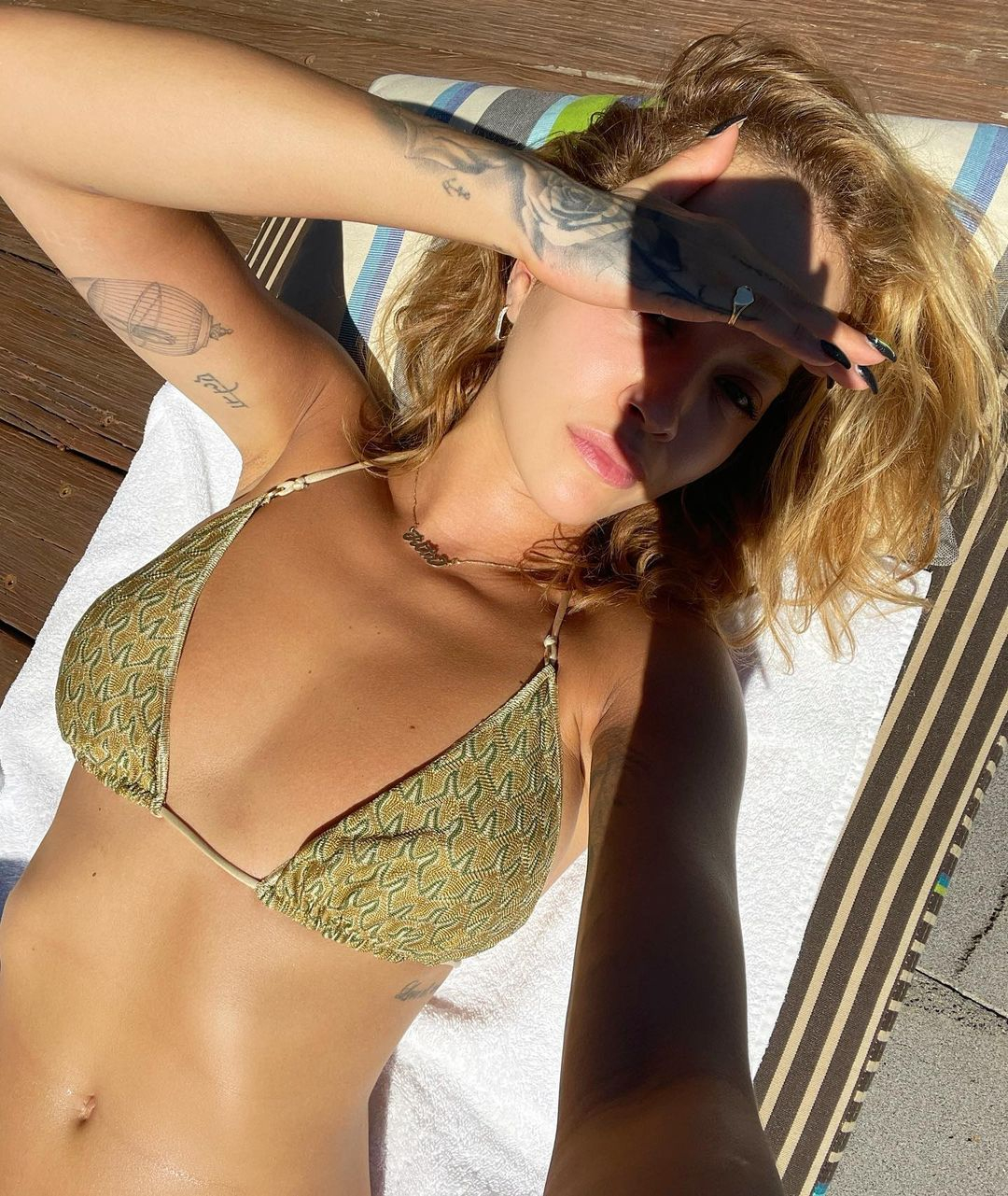 She later apologised in a statement which read she was “deeply sorry” and “takes full responsibility” for her actions.

Meanwhile Rita – who has given up partying after her lockdown-breaking birthday bash – has told fans just how she keeps herself in shape and it's down to working out two to three hours a day.

Rita follows a strict high-protein, low sugar diet religiously. She told Cosmopolitan: "I watch what I eat but I just cut my portions in half."

"In the morning, I have two boiled eggs, asparagus, and half a cup of muesli with almond milk. 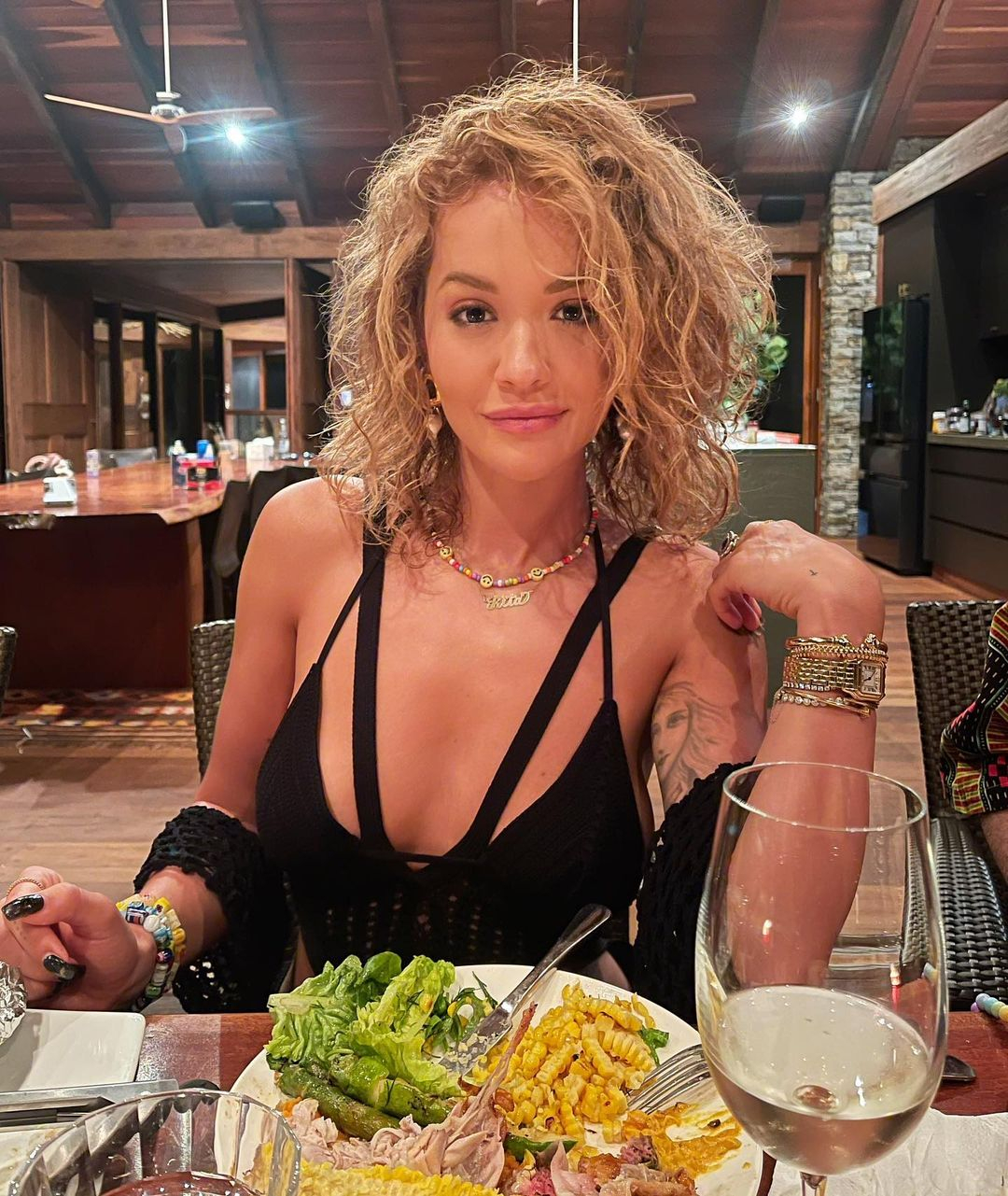 Elsewhere, Russell and Britney were first linked together in October while pictured getting cozy in a local Sydney, Australia match.

Though their blossoming romance appears to be new, Britney and Russell’s history goes way back.

As former costars, the couple acted alongside each other in the 2013 film, Broken City.

Russell plays the mayor of NYC, Nicolas Hostetler while Britney acted opposite as Valerie.

The movie credit is the actress’ only listed role to this date and she has since ventured into real estate.

In 2012, Rusell split from his longtime wife, Danielle Spencer – although their divorce was not finalized until six years later.