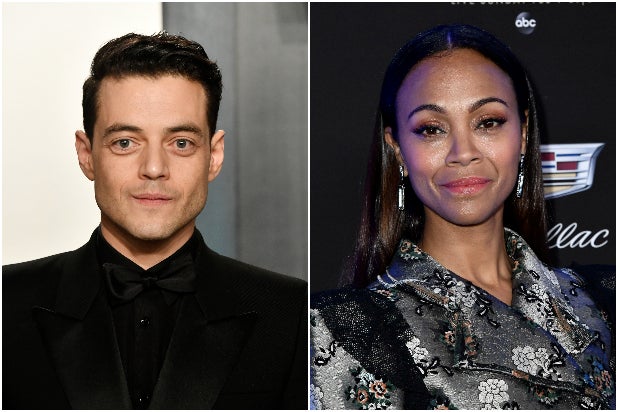 Rami Malek and Zoe Saldana have joined the cast of David O. Russell’s as-yet-untitled film at New Regency that is currently in production, an individual with knowledge of the project told TheWrap. They join an already stacked ensemble that includes Christian Bale, Margot Robbie and John David Washington.

Plot details are still being kept under wraps, but the film is based on an original idea from Russell, who is writing, directing and producing. It was previously reported that the film would be about the unlikely relationship between a doctor and a lawyer.

New Regency’s Arnon Milchan is producing the film along with Matthew Budman and Anthony Katagas.

Rami Malek won an Oscar for “Bohemian Rhapsody” in 2019 and will next be seen as the villain in “No Time To Die,” the James Bond film that’s been repeatedly pushed back due to the pandemic. He also stars alongside Denzel Washington and Jared Leto in Warner Bros.’ “The Little Things.”

Zoe Saldana will be seen in the next “Avatar” movies and in the third “Guardians of the Galaxy.” She also recently joined Ryan Reynolds and Jennifer Garner in “The Adam Project” for Skydance and Netflix.

Deadline first reported the Malek news, while The Daily Mail obtained photos of Saldana on set.