Prince Harry, 36, has once again come under fire over his decision to move to America with his son and wife, Meghan Markle, 39, after they decided to step back as senior members of the Royal Family. The pair have kept their titles of the Duke and Duchess of Sussex as well as the father-of-one also keeping his Prince lineage. However, speaking on Tuesday’s edition of Jeremy Vine on Channel 5, an expert explained that because Prince Harry has renounced himself from the monarchy in every way apart from name, he should be “stripped” of his remaining titles and continue his life in the spotlight as a celebrity.

The discussion came after Prince Harry attended a concert in Los Angeles on Monday evening where he encouraged Americans to get the coronavirus vaccine.

Meghan was not in attendance due to being heavily pregnant but it hasn’t stopped conversation arising about whether he has sustained a new status.

Journalist Dominique Samuels said of the Prince being labelled as a celebrity: “He’s on stage, he’s got his name in the background, there’s lots of music.

“He doesn’t really come across as a royal anymore. He kind of comes across like a celebrity.” 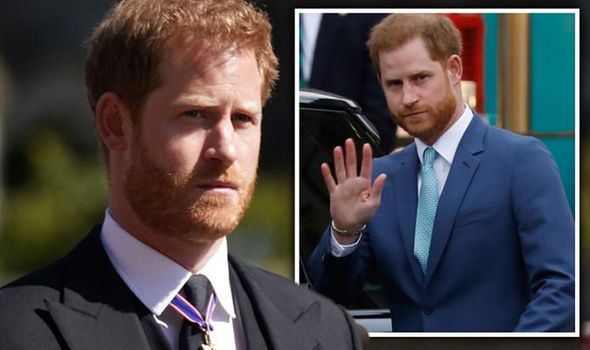 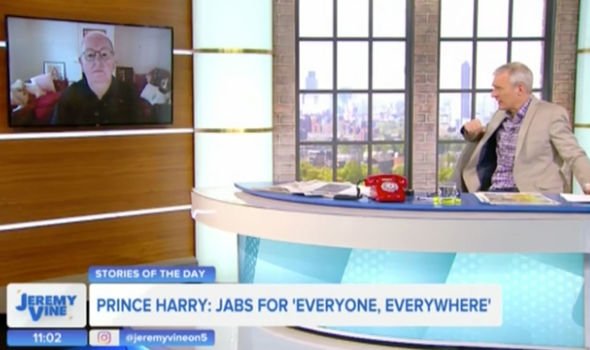 “And I think the problem people have with Harry and Meghan is they purported to want all this privacy and to just live a normal life but what it kind of looks like is they wanted to move to America be celebrities, not working royals,” she continued.

Coinciding talk about Prince Charles, 72, taking the crown and revamping the Royal Family, expert Graham was asked if the future King’s son should have his titles taken away from him.

“I would like to see Harry [stripped of Prince and Duke of Sussex titles]. He’s behaving like a contestant off of Love Island at the moment,” he declared. 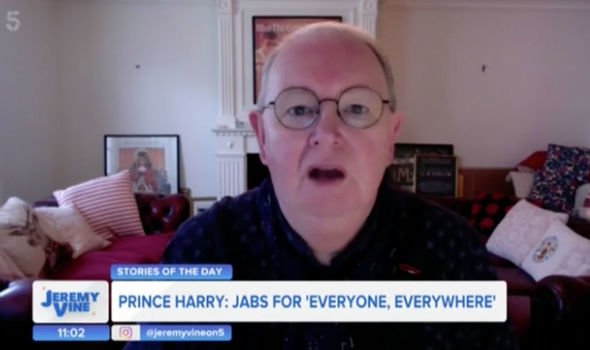 See a man who is deeply unhappy

The expert added: “I think he’s made a very big mistake in what he’s done moving away to America and he should reconsider where he’s at and if we are going to revamp the Royal Family, let’s start by removing a few of these titles.”

It was announced last March the Duke had been stripped of his honorary military titles and royal patronage appointments.

This was confirmed by Buckingham Palace and it was explained Queen Elizabeth II, 95, would appoint the patronages to other members of the monarchy.

However, the statement added: “While we are saddened by their decision the Duke and Duchess remain much-loved members of the family. 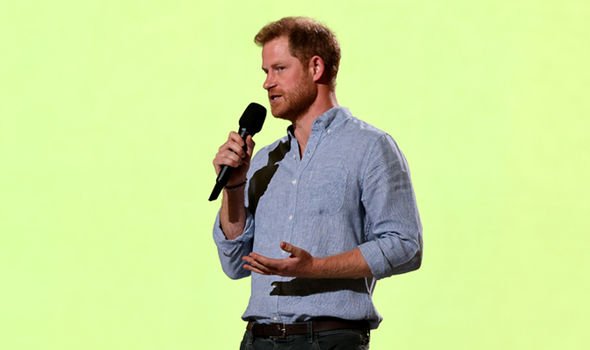 The couple were allowed to keep the Duke and Duchess titles under a severance deal which saw them relinquished of their His Royal Highness and Her Royal Highness decrees.

As part of the deal, the pair were also told they would have to stop using the word royal if they were to embark on any future commercial or charitable work.

In January 2020, the agreement was drawn up but Prince Harry and Meghan were given a year to review their decision.

Their one-year-old son, Archie Harrison Mountbatten-Windsor, has not been given the title of Prince or royal perquisites of becoming a Duke.

Whether or not the Prince has his title taken away from him, he did manage to boost the morale by attending the Vax Live event in California.

It was his first public appearance since the Duke attended his grandfather Prince Philip’s funeral last month.

At the event, he said: “Tonight is a celebration of each of you here, the vaccinated frontline workers in the audience and the millions of frontline heroes around the world.

“You spent the last year battling courageously and selflessly to protect us all. You served and sacrificed, put yourselves in harm’s way, and acted with bravery, knowing the costs. We owe you an incredible debt of gratitude. Thank you.”