Shown on BBC Breakfast, Daniela Relph interviewed the Earl of Wessex to discuss his later father Prince Philip, as well as other goings on in the Royal Family – including Prince Harry and Meghan Markle’s new-born daughter, Lilibet. During the interview, he admitted attempts to bring the family together would be chaotic, and explained his stance on Harry and Meghan’s controversial exit from Buckingham Palace.

Daniela asked: “How was lockdown? You don’t live far away, I wondered how it was for you, and for the Queen and the Duke?”

“I think they found it really very difficult and really quite strange,” the Royal answered.

He continued: “But then thankfully, we have phones, we have computers and so we were able to be able to maintain a reasonable amount of contact so we all made the effort and that’s important – that’s what everybody did.”

“Were there Royal Family zoom calls? Online quizzes can I ask you?” Daniela probed, as the prince laughed: “No, we never dare get the whole family together, that really would have caused chaos I think.” 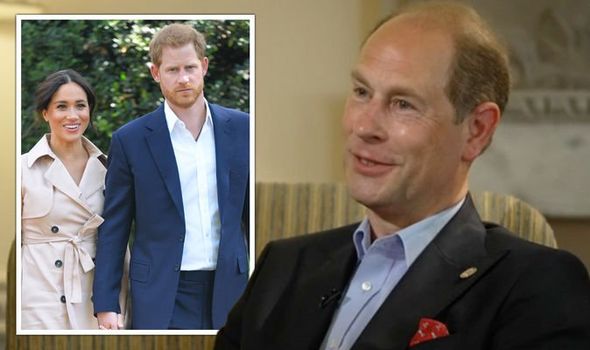