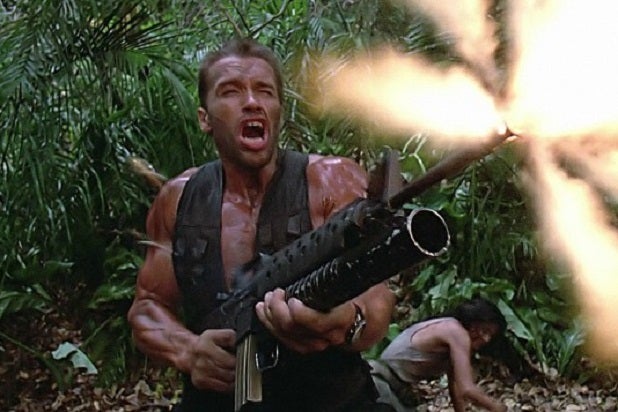 “Predator” screenwriters Jim and John Thomas, who wrote the original 1987 Arnold Schwarzenegger sci-fi classic, have filed a lawsuit in California federal court against Disney in an effort to recapture the rights to the franchise.

The Thomas brothers are specifically trying to use copyright law’s termination provision, which allows authors to cancel transfers after waiting a period of time, and are asking a judge to “provides authors with the inalienable right to recapture the copyright to their creative work,” according to legal documents obtained by TheWrap. The original spec of “Predator,” originally titled “Hunters,” was acquired in 1986 by Twentieth Century Fox (and now owned by Disney after the merger), and the Thomas brothers are seeking a termination date of April 17, which is this Saturday, according to the complaint.

In the original “Predator,” Schwarzenegger played the leader of an elite special forces team on a mission to rescue hostages from guerrilla territory in Central America — before being hunted down by an advance alien life form. The film spawned three sequels plus the spin-off franchise, “Alien vs. Predator.” Dan Trachtenberg is set to direct the fifth installment of the “Predator” franchise.

The Thomas brothers say in 2016, they served a notice of termination to Disney and didn’t hear any objections for four-and-a-half years. It wasn’t until Jan. 2021 that they say “Defendants’ counsel unexpectedly contacted Plaintiffs’ counsel, contesting the Termination Notice as supposedly untimely, based on a theory that the 1986 Grant of the Screenplay underlying their ‘Predator’ films allegedly qualified for the special, delayed termination time ‘window’ in 17 U.S.C. § 203(a)(3), intended for ‘book publication’ grants.”

The Thomas Brothers are asking a judge to rule in their favor and terminate the copyright. They are also asking for legal costs and attorney fees.