Power Book II: Ghost has been explosive this season. Monet Tejada (Mary J. Blige) who has run her family with an iron first is starting to let her grip slip after her childhood sweetheart Mecca (Daniel Sunjata) reenters her life. Her lack of focus has caused her family to descend into chaos.

Though Monet seems intent on leaving her life behind for a fresh start with Mecca, some Ghost fans are convinced that Mecca will die in season 2. 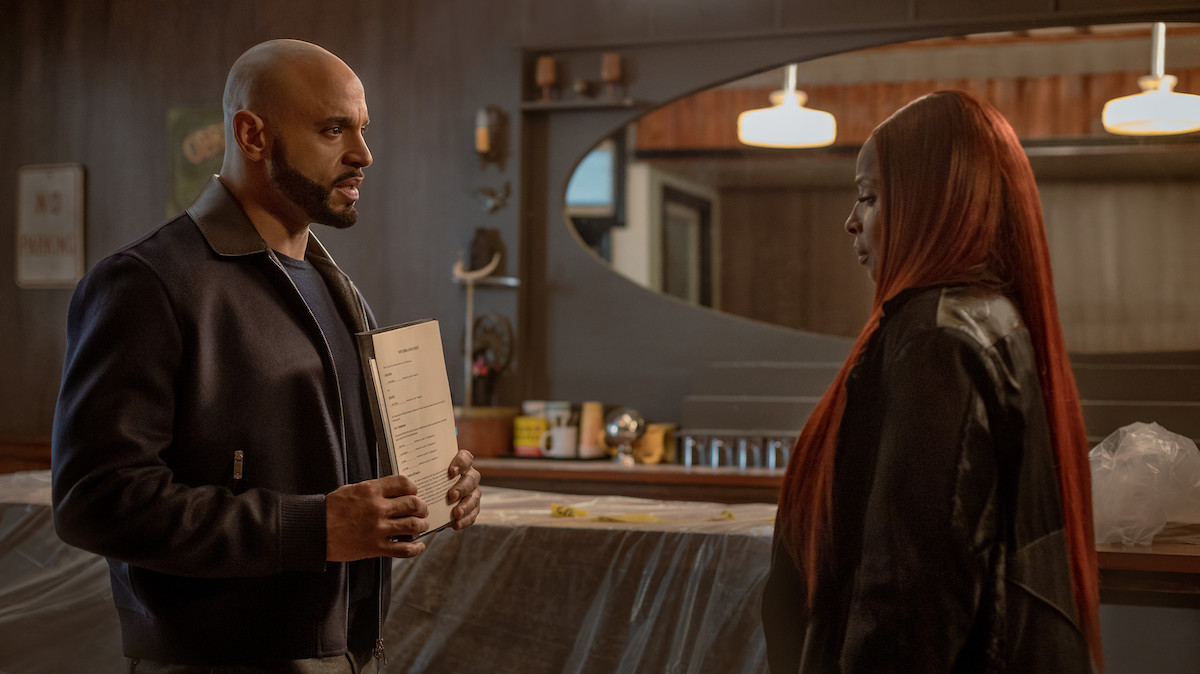 When Sunjata was hired and the character description for Mecca was released, no one could have expected how much the gangster would turn the Tejadas’ lives upside down. “He is calculated, manipulative, and dangerous,” Deadline reported. “Mecca conveniently reemerges in New York at the exact moment the Tejadas need to fill the void of a new product supplier. But when his mysterious past starts to become exposed, it reveals the drug business might not be his only end game with this family.”

Fans soon discovered that Mecca was actually Monet’s childhood sweetheart and that they have a child together, Monet’s “nephew” Zeke (Daniel Bellomy). Now that Mecca knows the truth about his son and Monet’s husband Lorenzo (Berto Colon) has been released from jail, all hell is bound to break loose.

“In brief, Mecca is introduced in the very first episode,” Sunjata told TV Fanatic. “His place is revealed as the episodes unfold, but I can say he comes in with an agenda. He’s pretty much willing to do anything that he has to do in order to produce the desired outcome and gets a little messy.”

Will Mecca die in Season 2?

Though we’ve seen how terrifying Mecca can be, with Lorenzo out of prison, he may have met his match. In fact, fans are guessing that Mecca won’t live past the Ghost Season 2 finale. During a recent Instagram Live, Power Universe creator Courtney Kemp hinted at major death this season. “Y’all know me. What you think I’m gonna do? Come on, you know,” she said.

Now fans are certain that death will be Mecca’s. “If anyone is dying this szn it’s Mecca,” one fan guessed on Reddit. “Very disposable character.” Another added, “And [his storyline] developing way too fast. By the 3rd episode, we know his true identity. 4th episode we know he Zekes’ daddy. Power doesn’t keep characters like him around. They [just used him] to keep a plot going or create one. Just like Milan.”

Mecca has one major weakness on ‘Ghost’

Mecca is absolutely ruthless so he will certainly be hard to eliminate. However, he does have one major weakness, Monet. “Mecca is just head over heels over Nene — that’s what he calls her,” Blige tells TVLine. “Like, that’s his girl. He gets sloppy when it comes to her.” She added,  “He’s in love with Monet. Monet is like, ‘I remember. I like you still.’ But he’s in love with Monet.”

If her family is ever in danger as a result of Mecca, we just hope that Monet remembers that.