The Channel 4 judges were discussing how to make the perfect Horn of Plenty, a traditional Danish treat made from eggs, almonds, sugar, and held together with caramel. 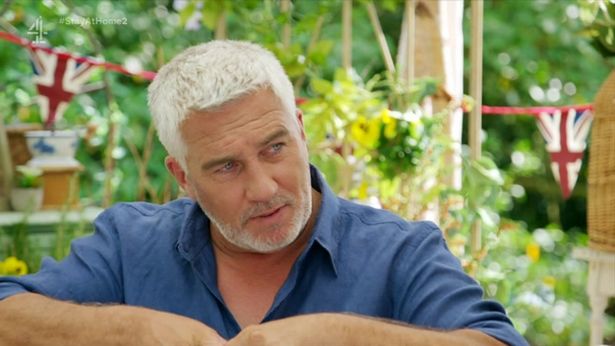 Paul, 54, seemed quite proud of the technical challenge he had set for the semi-finalist when he asked Prue if she would like to taste his creation and dropped the bawdy clanger.

Paul said with a straight face: "So Prue do you want to try some of my horn?"

"You can have that piece," the TV baker continued, as Prue, 80, thanked him and took a slice.

The naughty offer didn't go unnoticed by viewers who took to social media in their droves to comment on Paul's mishap. 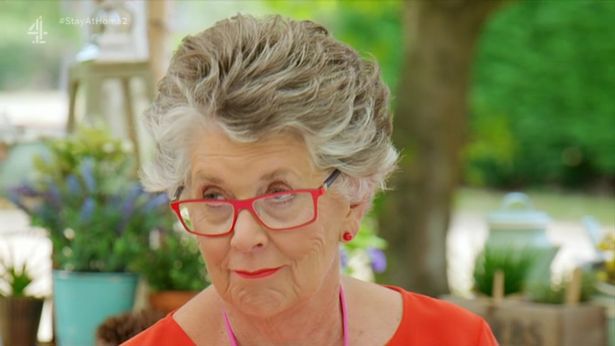 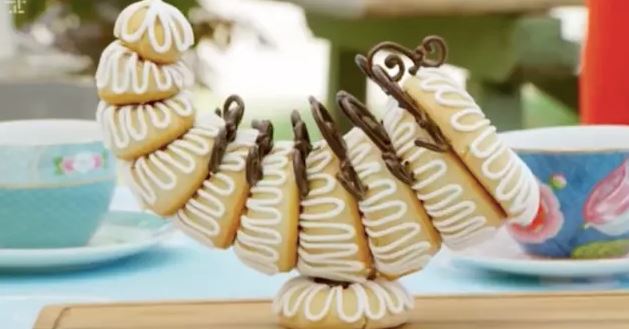 One viewer shared: "never again do I want to hear @PaulHollywood asking @PrueLeith if she wants some of his horn #GBBO".

"Paul Hollywood to Prue Leith – 'Do you want to try some of my horn?' Well, #GBBO you have come a long way from a #SoggyBottom !!" another wrote.

"Paul Hollywood asking Prue Leith if she wants to try his horn. Dirty boy!" another laughed.

Last night's semi-final tested the bakers’ skills in the art of patisserie baking, with Peter winning Star Baker and getting a Hollywood handshake.

However, GBBO lost another great baker Hermine, who crashed out of the tent a week before the final.

The former two-time star baker failed to impress the judges when her 25 cube cakes didn't go to plan after a last minute recipe change.

Speaking after host Noel Fielding revealed she was the next baker to go, Hermine said: "It should have been my finest hour on patisserie week as that is my forte, but it was not to be, it was heart breaking to leave at the semi-final.

"For me it wasn’t about winning or getting Star Baker, I was more thrilled about getting positive comments from the judges, these are the things that made my experience in the tent magical.

"I bake from the heart and I want people to enjoy my food rather than taking the accolades. But it’s been a pleasure, I believe everything has a reason and it was the right time for me to go."

Next week's final sees Dave, Laura and Peter all go head to head to see who will be crowned Bake Off winner 2020.