With season six of Outlander currently still filming, the cast have shared their favourite moments from the previous series. Actor Sam Heughan, who is well-known for his role as heartthrob highlander Jamie Fraser, spoke about having Duncan Lacroix return as Murtagh Fitzgibbons, despite the fact he was killed off early on.

Fans will remember Murtagh was on the run from the British for much of season five after he was revealed to be the head of the Regulator Movement.

As the disagreement between the Regulators and British Army came to a head at the Battle of Alamance, Murtagh was shot.

Claire Fraser (played by Caitriona Balfe) was unable to save Murtagh and Jamie struggled with the loss of his godfather.

However it wasn’t the last viewers saw of Murtagh as he later returned in the final episode as part of a flashback. 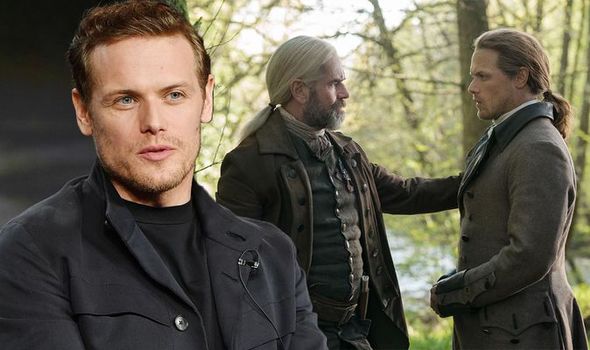 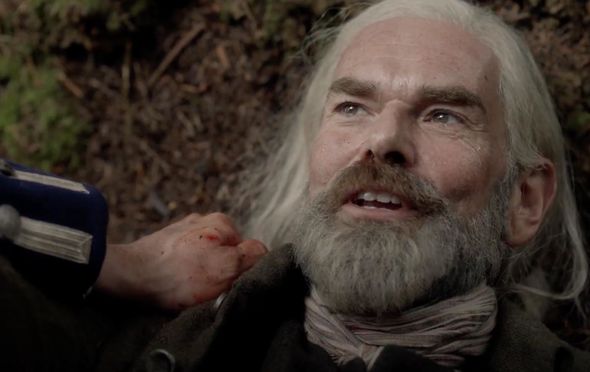 “For us, losing Duncan Lacroix, who’d been a very strong member of our cast and family for a very long time, that was hard,” Sam shared as he reflected on season five.

“But what was great was that even though he died in episode seven, we still needed him for flashbacks.

“It was great that at the end of the season to sort of celebrate his story and the work that we’ve done with him.”

Meanwhile, his co-star Caitriona admitted he loved seeing Sam squirm over the use of maggots for one of her surgeries. 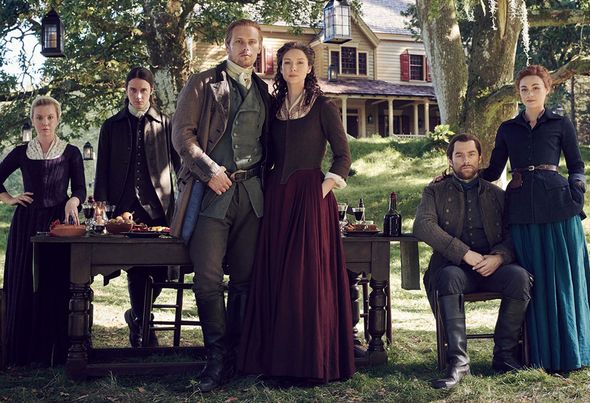 Caitriona remarked: “There was a lot of fun things with seeing how scared Sam was with the maggots, that was quite fun.

“It was also quite fun shoving them in his face.”

Roger MacKenzie star Richard Rankin divulged: “One of the best days of filming was actually filming the wedding.

“We filmed so much but I think we genuinely had a great time filming it. The Ceilidh was a riot. A lot of the times we felt we couldn’t keep a straight face.

“It was like we were at a wedding which was great, it was good hanging out with the bulk of our cast as well, it was fun.”

There are sure to be many more memorable moments when season six does finally hit television screens.

The latest spoilers have revealed the Fraser’s will be welcoming the Christie family – who have links to Jamie.

Tom Christie (Mark Lewis Jones) is a former adversary of Jamie’s from their time at Ardsmuir prison and he will bring his daughter Malva and son Allan to the Ridge for a new life.

Outlander seasons 1-5 are available to stream on Amazon Prime Video and Starz now.