During an episode of Channel 5 programme Our Yorkshire Farm, viewers saw how Clive and Amanda Owen prepared the farm and their animals for the winter months. The husband and wife anticipated harsh weather for the farm, so they set out to make sure the animals were well cared for. The couple were also hit with another problem with the family’s new 30-acre farm, as Amanda revealed not only did the derelict building have a collapsed-in roof, but they had no running water or electricity.

During the episode, Amanda admitted that she had fears over the new project and how it would survive the harsh winter months – especially as the roof had collapsed in.

The couple asked expert Stephen to help them come up with a plan, although, he also aired his concerns over the rest of the roof collapsing in during winter.

“If that roof fell in, there would only be about three or four slates that would be whole,” Stephen explained.

“The rest could go. The slates that we get want to be matching these size-wise.” 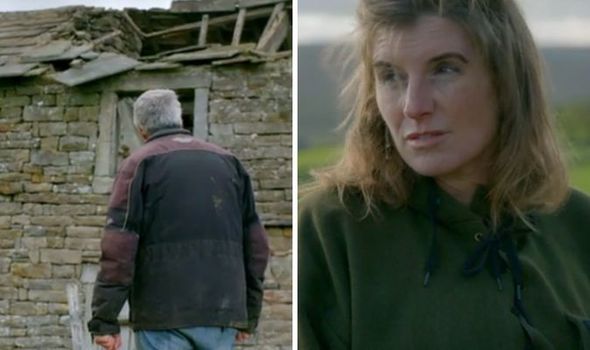 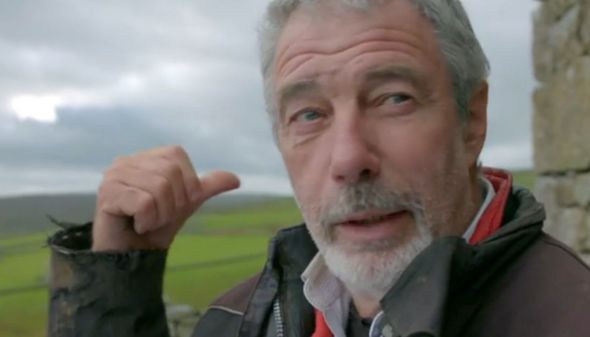 “So, it’s quite an undertaking,” Clive chipped in. “And that’s a lot of roof to come down and put back up again.”

Pointing out their other issues with the derelict building, Amanda continued: “We have no power, we have no electricity, we have no water supply.

“There are a few problems to tackle and of course, you’re not just a builder, are you?

“You’re a farmer as well, so that means at certain times of the year, like lambing time, you go awol.” 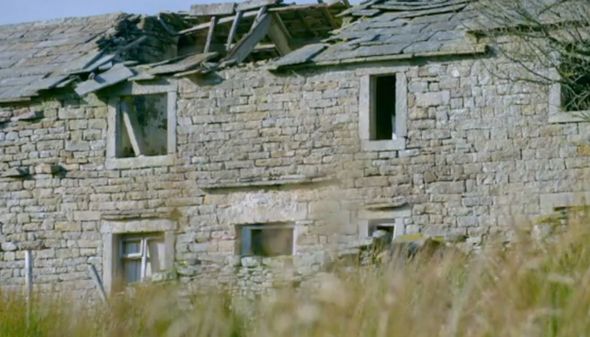 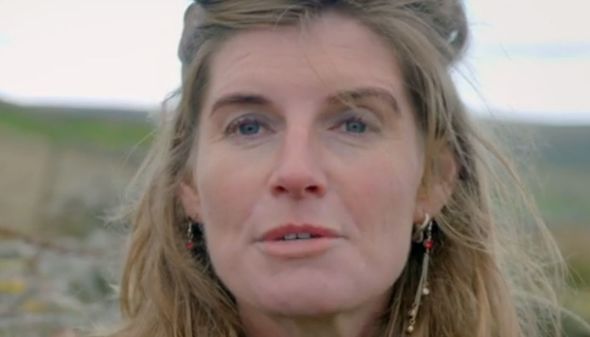 Trying to point out the positives, Stephen explained: “Well, for the electrics it’s not too bad. I mean that runs past here.”

Amanda replied: “So, we can get connected in but there are other things to consider like, water.”

“We’ve had a look,” Clive said. “And, if we go out on to the moor and tap into a spring and bring it down and have a big tank of water just out there somewhere that would supply the house and constantly be replenished. Don’t worry about the water.”

“It’s hard to imagine it finished,” Clive added. “To see it today in this sad state to imagine in the not too distant future we might be in there setting up the fire.”

“But actually, physically I want it to look like this,” she explained as she pointed to a plan of the renovation.

Remaining optimistic, Stephen told them: “It will once you get the roof done if the weather is right, we will get it somewhere near.”

Elsewhere in the instalment, Clive opened up about his concern for his sheep, as he admitted he was worried about them surviving the cold and wet weather.

Speaking about how tough it is for them in winter as they often find their sheep in mountains of snow.

He explained: “Sometimes it has taken us days and days just to get them home.”

Amanda continued: “When a blizzard hits or there is a storm coming in you can’t just batten down the hatches and sort of shut the door and go curl up under the duvet.”

“You need to be ready,” Clive warned. “For when that bad forecast comes.

“You can put up with anything if you have done the preparation, can’t you?”

Our Yorkshire Farm returns on Tuesday at 9pm on Channel 5.