The 56-year-old actor and his 26-year-old girlfriend cuddled close together under blankets during their New York City ride. 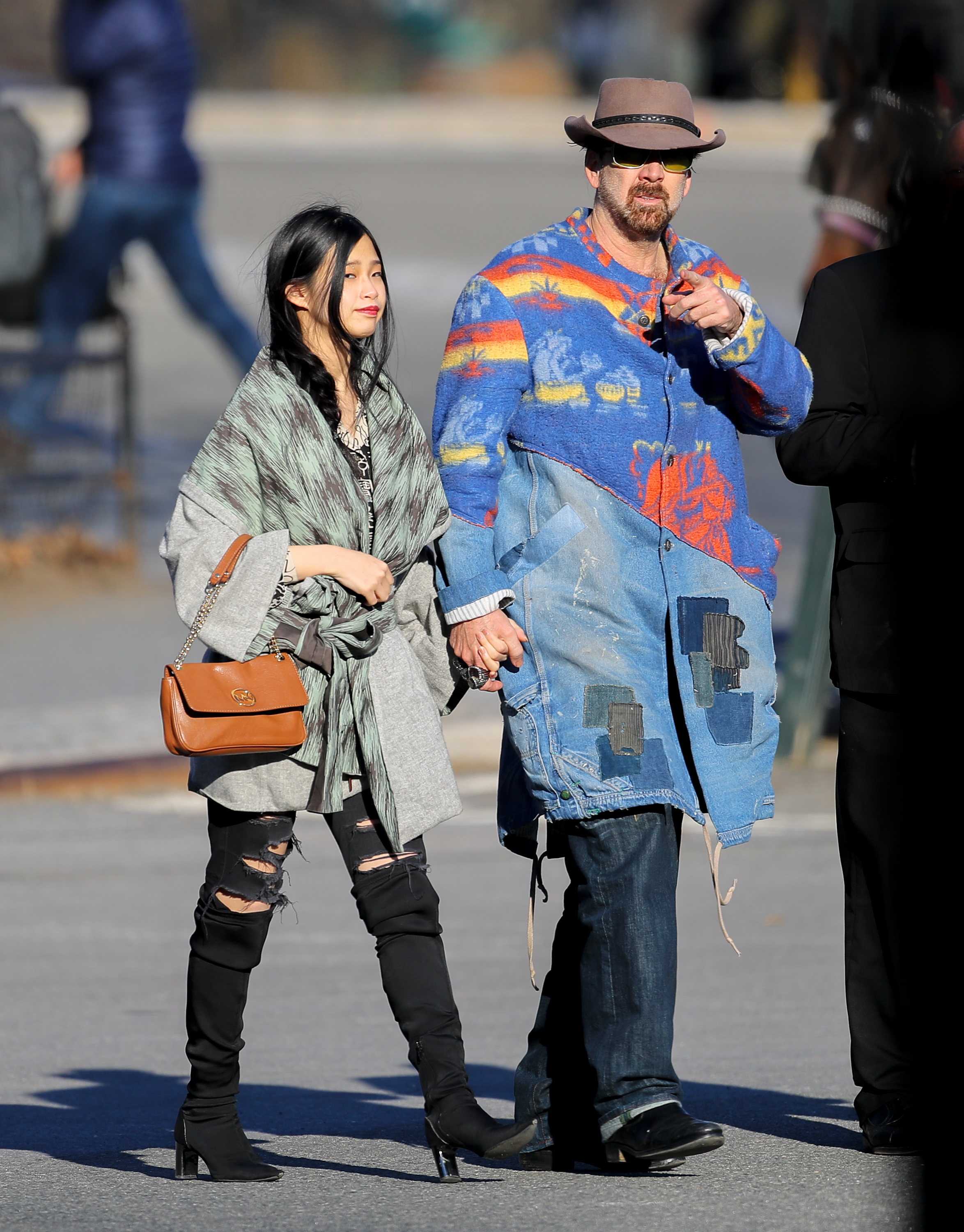 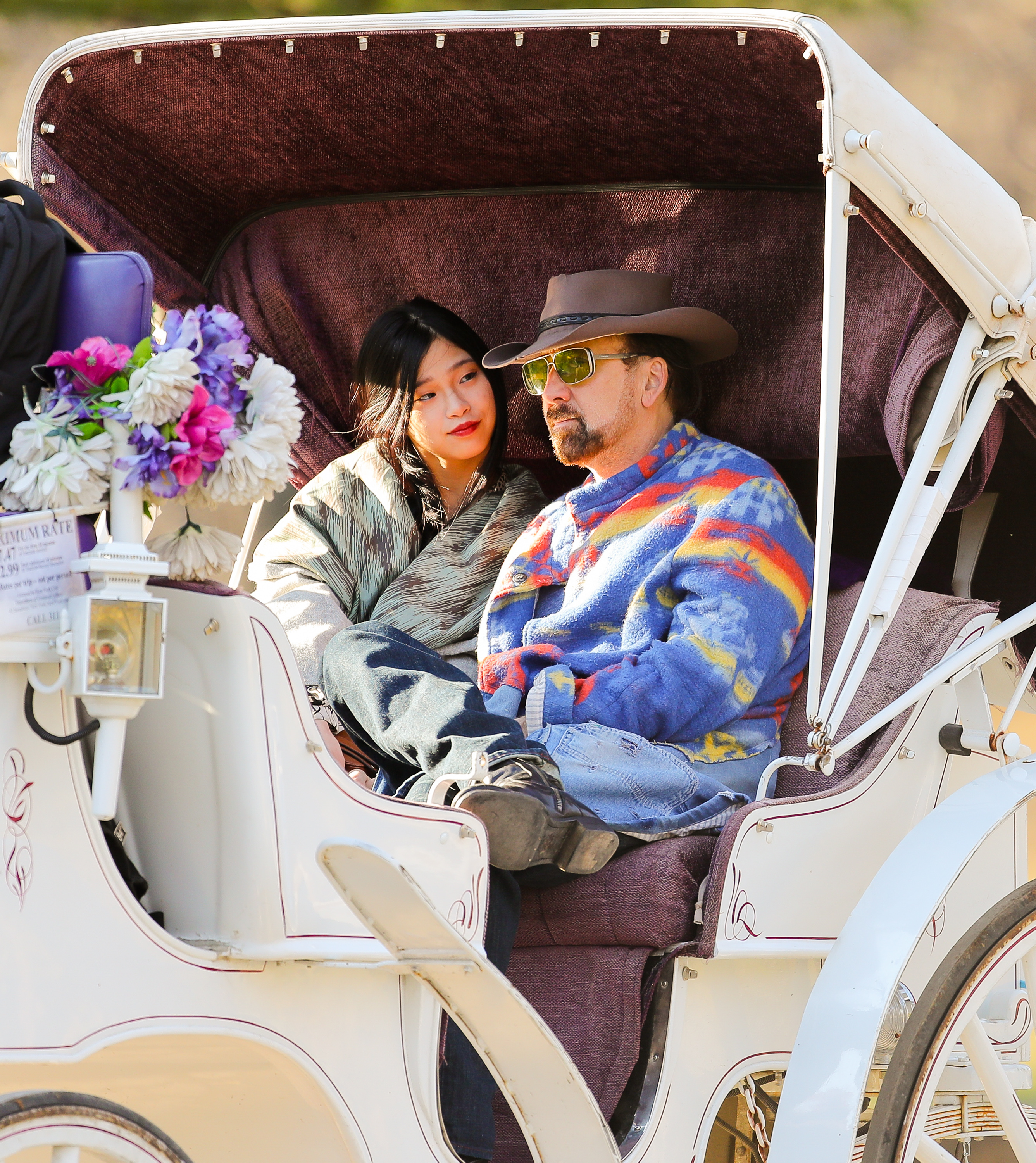 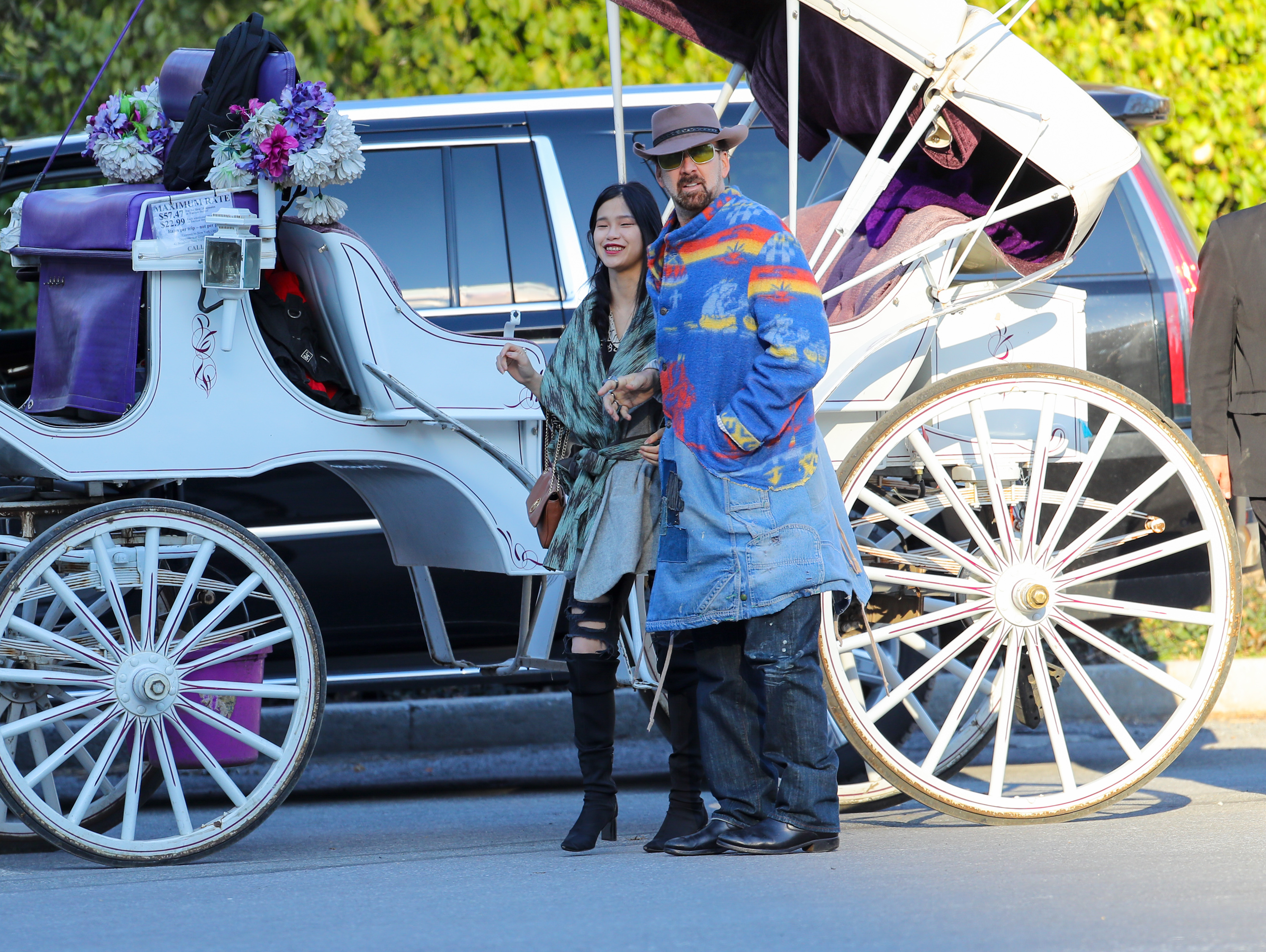 The National Treasure star wore a long denim coat that was divided into two busy patterns.

On the bottom half of the Hollywood star’s eclectic jacket were multi-color patches and loose-hanging fringe on light-washed distressed denim.

Nic sported a colorful stripe and patterned mix on the top half of the long-sleeved piece that buttoned-up down to his knees.

The famous Hollywood icon did his best to cover up in a brown belted cowboy hat and yellow-frame glasses.

He rocked some facial hair during the outing with his new girl that is 30 years his junior. 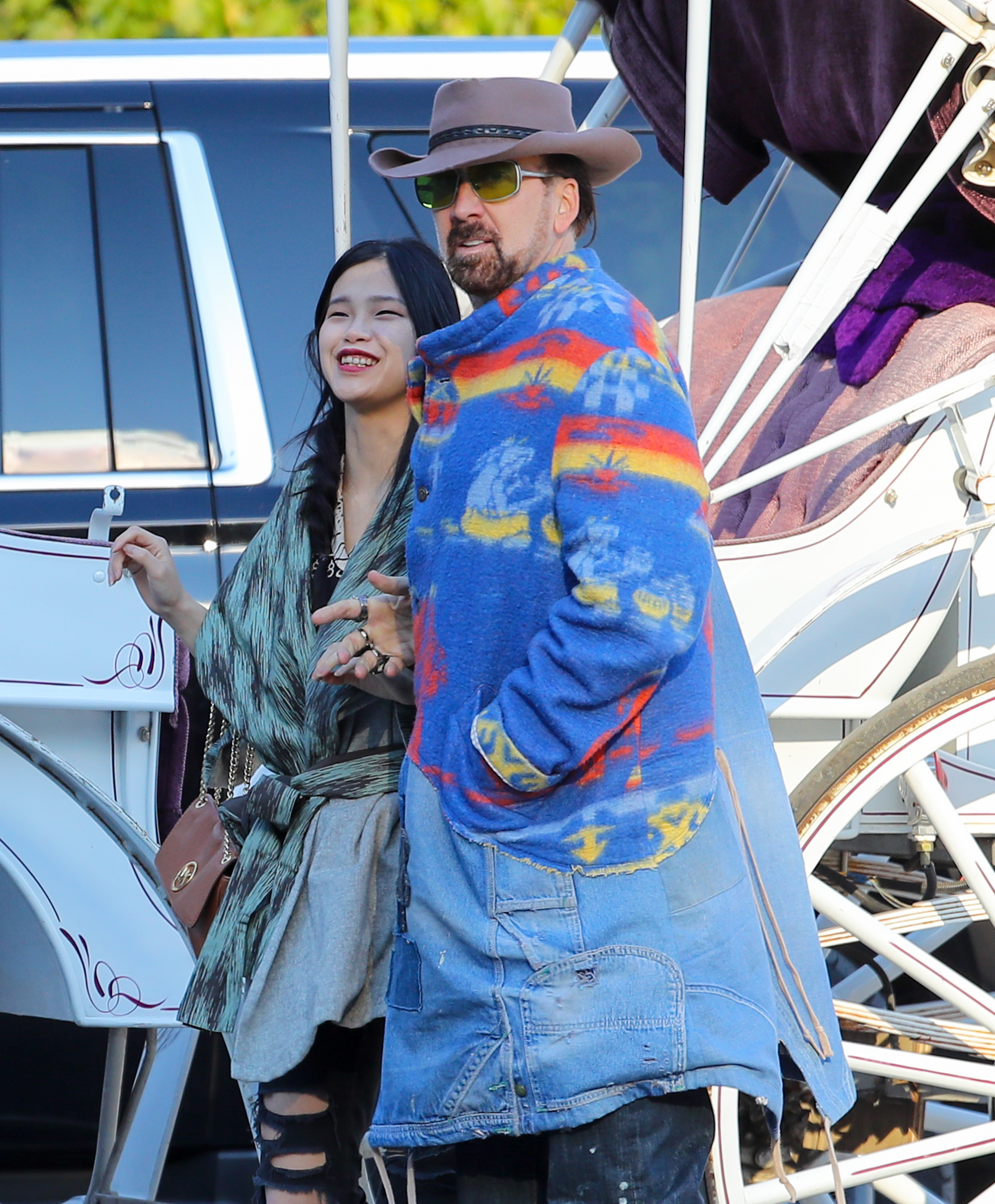 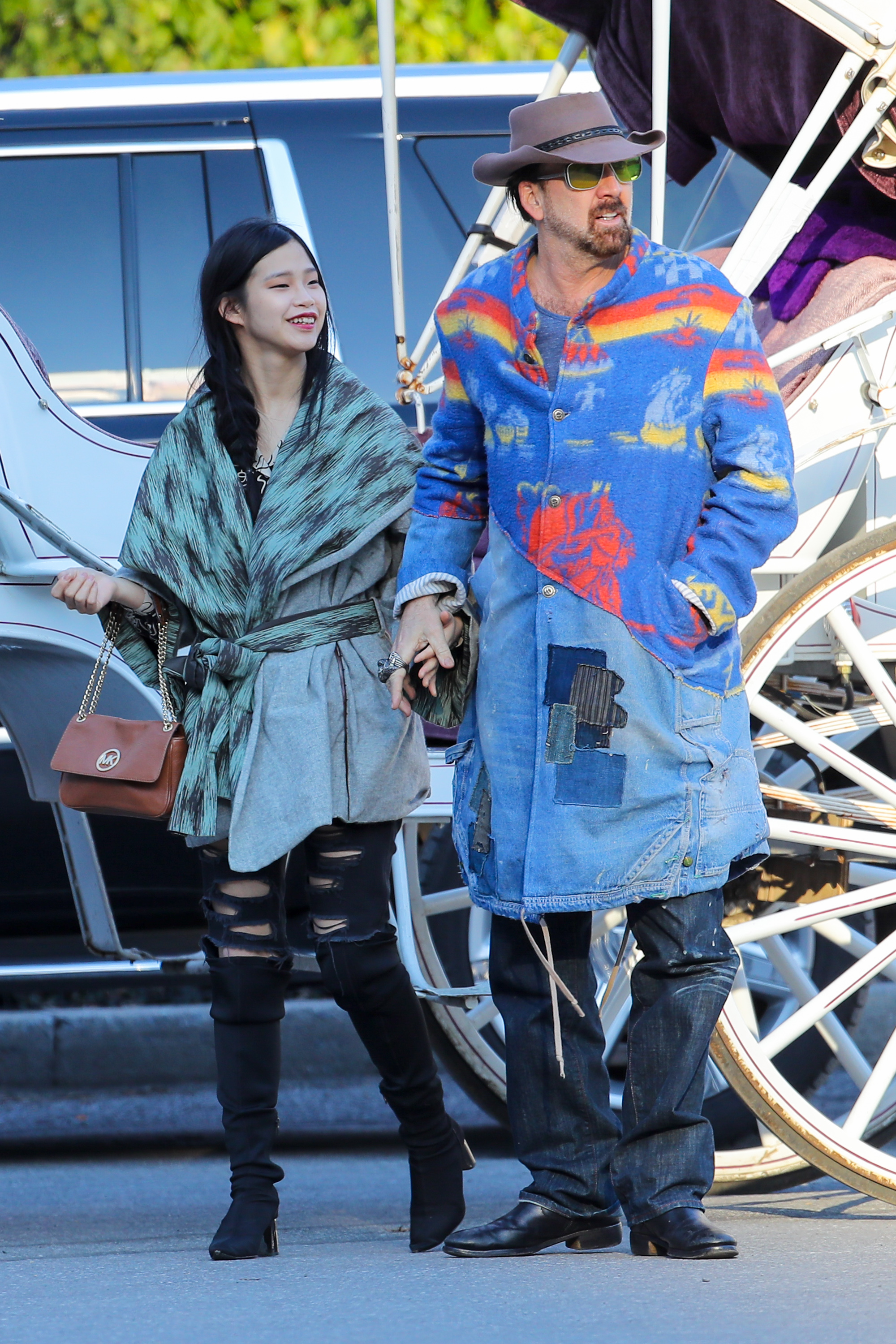 Riko looked chic on their NY date in thigh-high stiletto boots and a long grey and green wrap.

The happy couple were all smiles as they held hands walking to and from their charming carriage that looked straight out of a movie.

Earlier this week on their Big Apple adventure, they were pictured at the American Museum of Natural History in New York City.

Nic rocked slicked-back hair and a leopard print blazer along with black leather pants and a white T-shirt. 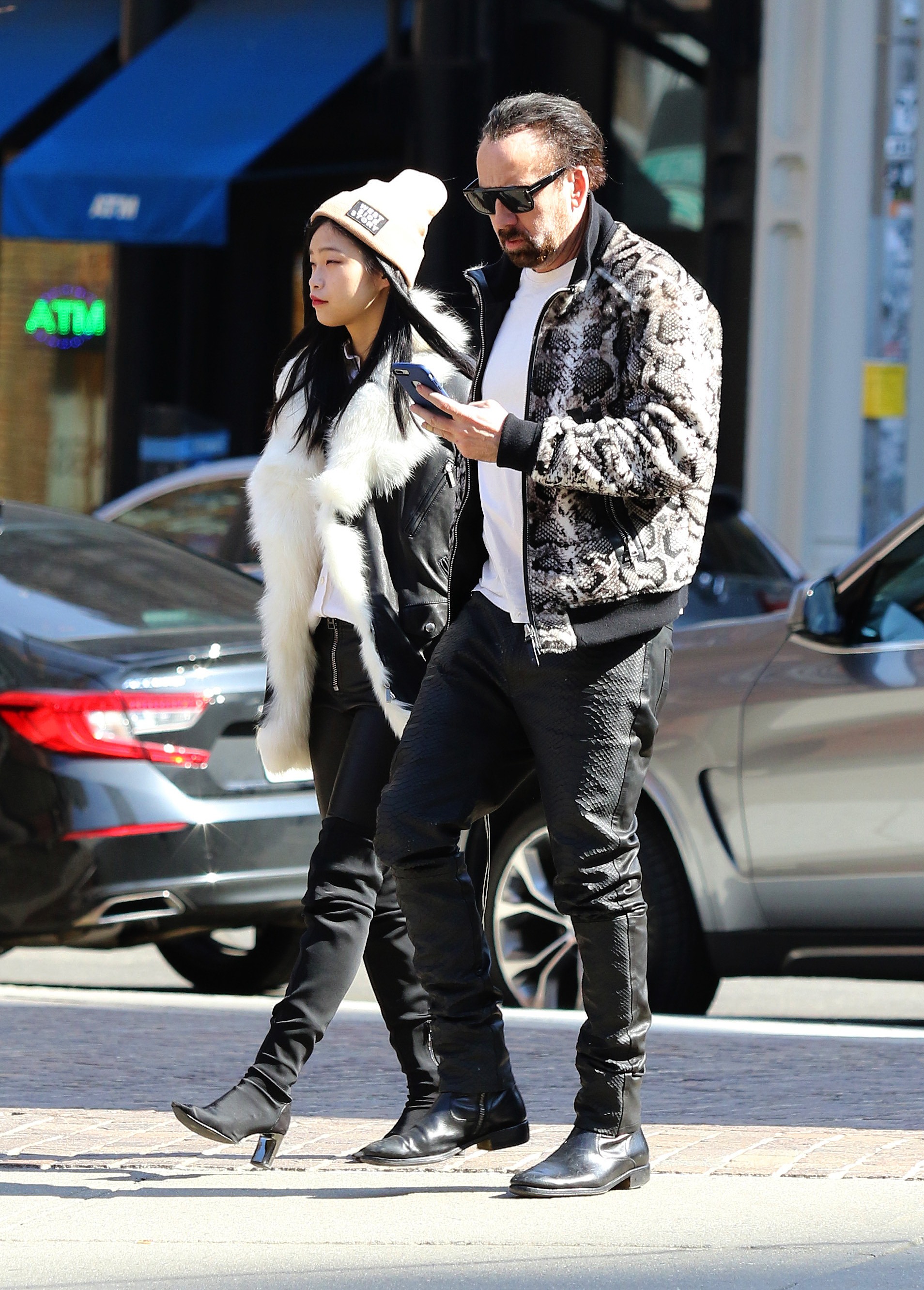 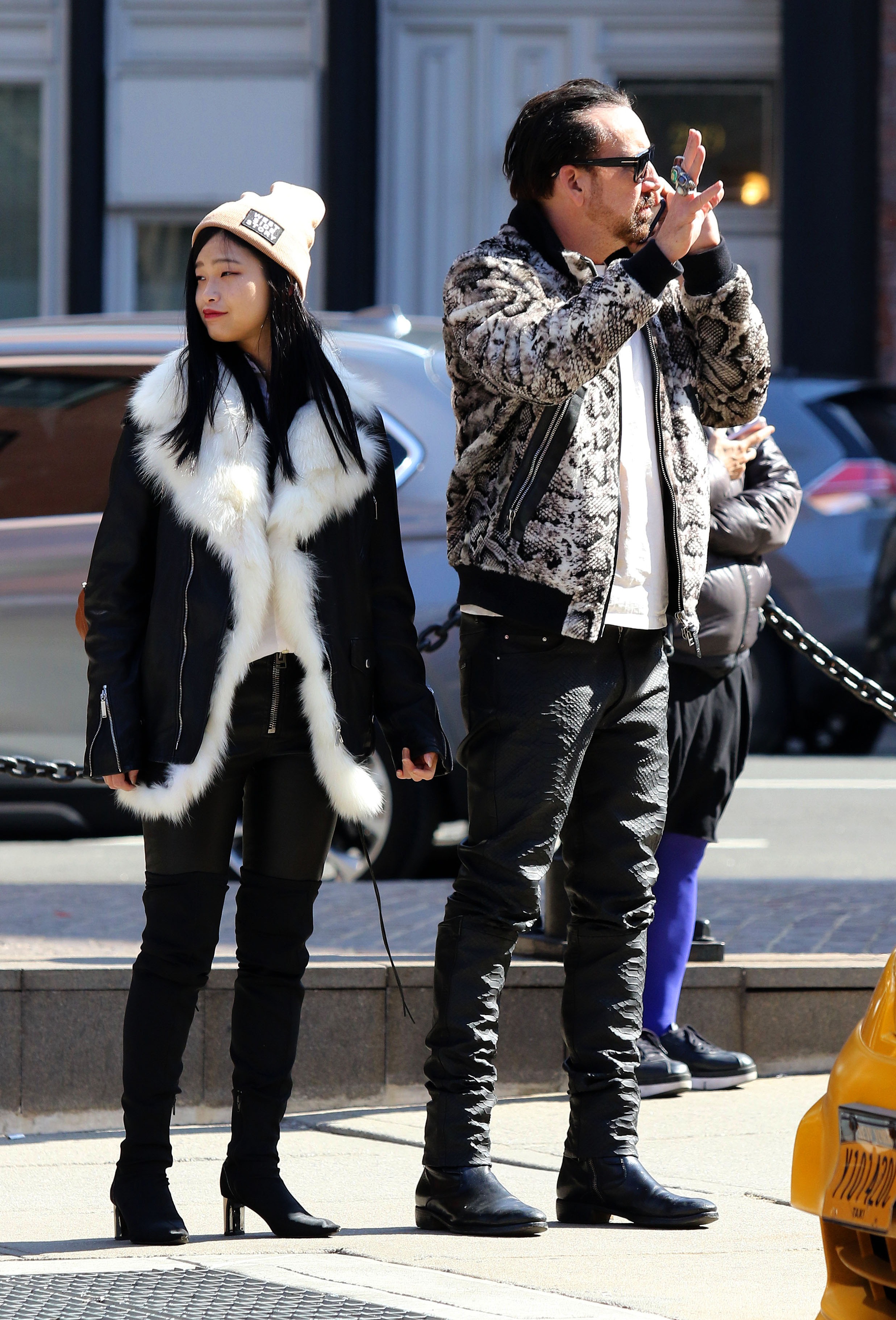 His dark-haired beauty rocked black jeans, a beige beanie, and a black jacket with a white fur trim.

Nicolas and Riko were first spotted together last week when he took her down to New Orleans to visit the tomb he famously purchased in 2010.

The white-colored pyramid is located in the city’s oldest cemetery and has the Latin words "omnia ab uno”, which translates to “Everything from One,” inscribed on the side. 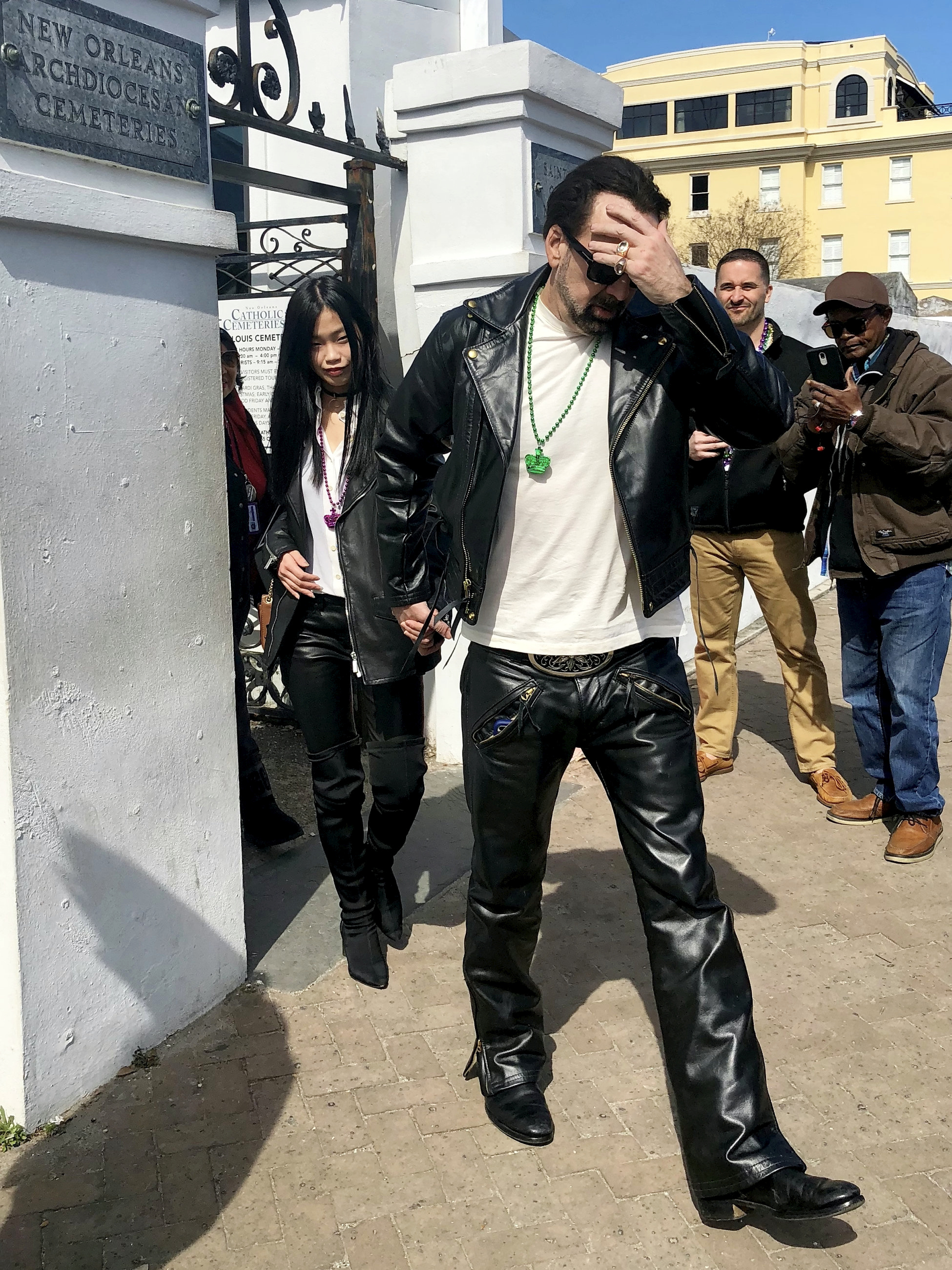 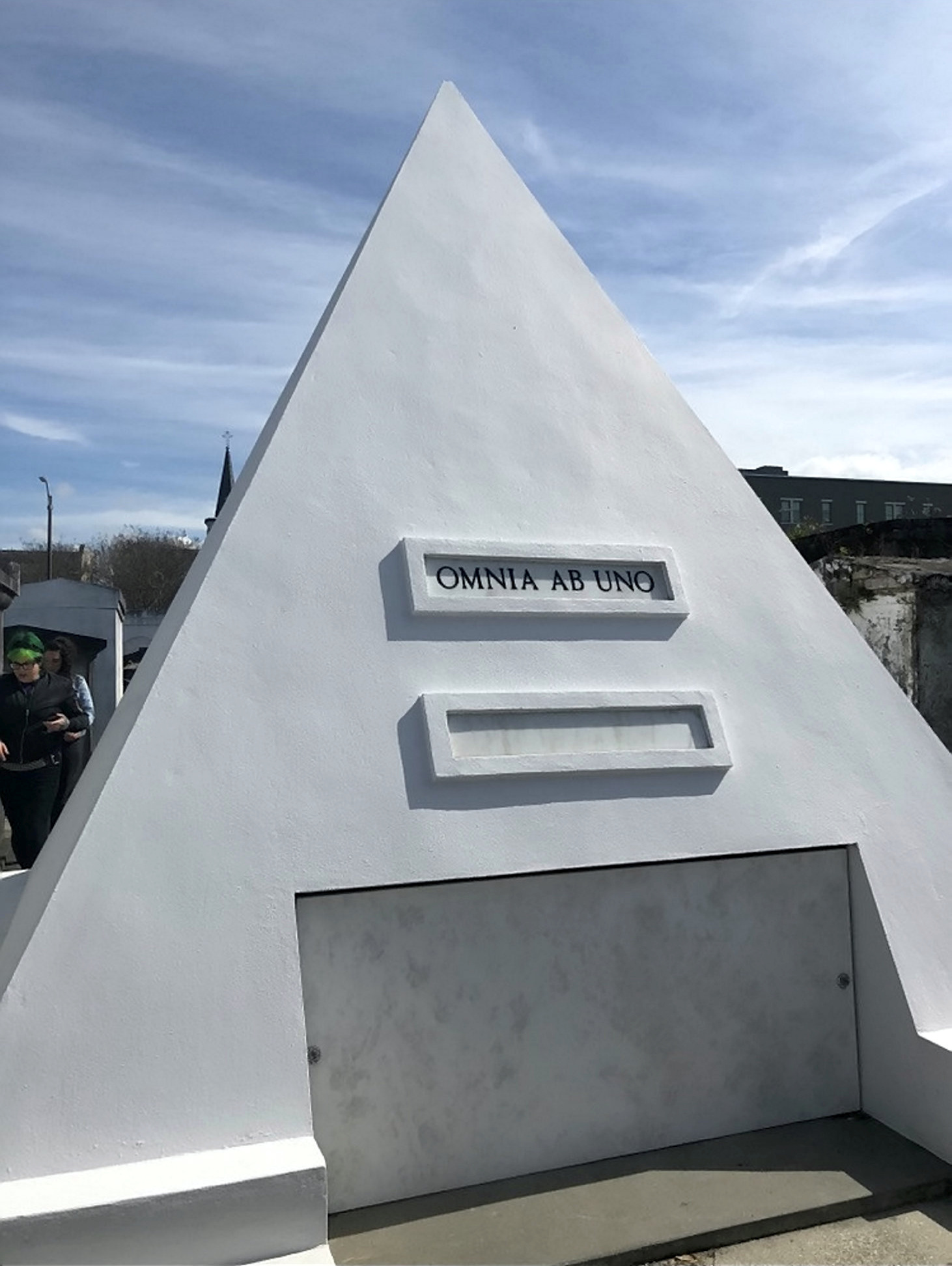 They were seen hand-in-hand after the visit and hopped into a waiting car together.

This is the first public relationship for the Face/Off star since his break-up from Erika Koike after a four-day marriage in March 2019.

He was granted a divorce from the makeup artist two months later in May.

The couple had been dating for over a year.

During an interview with The New York Times Magazine in August 2019, the movie star confessed he was still hurt by the way things played out in his whirlwind romance.

“There was a recent breakup, I don’t really want to talk about it. I was pretty upset about that and the way things happened,” he told the outlet.