Home » TV and Movies » Nancy and Olivia go to war as a raging feud begins in Hollyoaks? 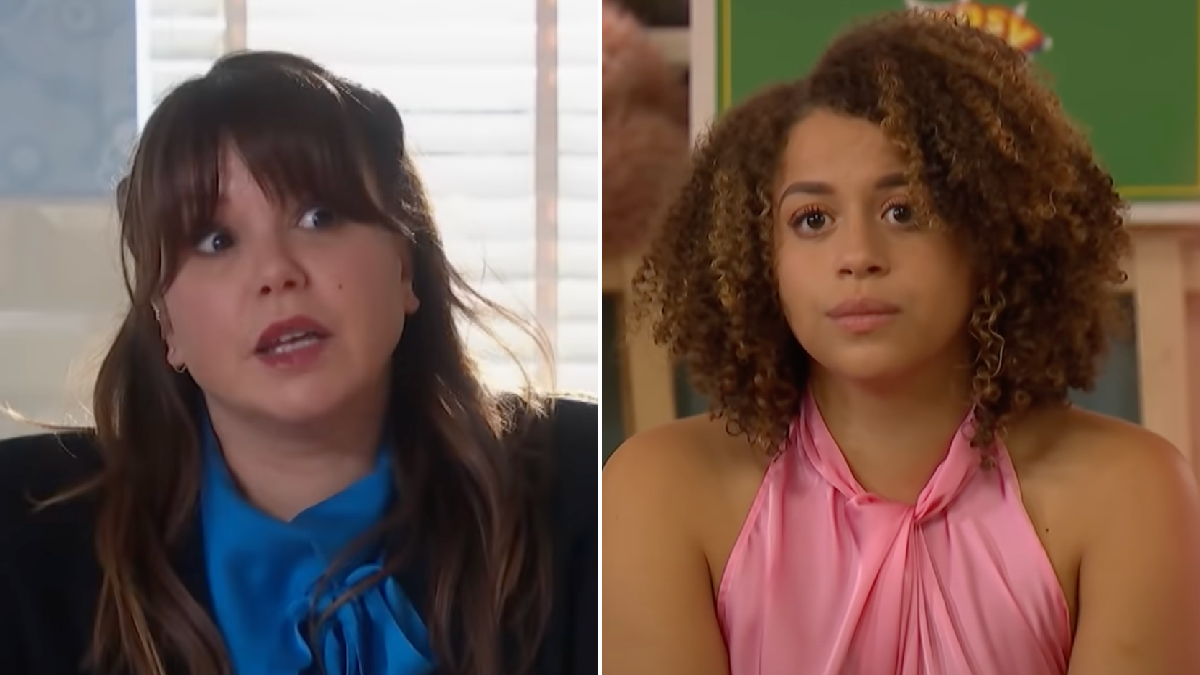 Nancy Osborne (Jessica Fox) goes to war with Olivia Bradshaw (Emily Burnett) in Hollyoaks, as she continues to struggle in the wake of Darren’s (Ashley Taylor Dawson) disappearance.

Darren, as viewers will know, vanished without a trace several weeks ago, leaving Nancy convinced that he’d walked out on her following her pregnancy announcement.

In reality, the popular character has been kidnapped, and he’s being held captive at a nearby hotel by mysterious Ethan and his ‘Femme Fatale’ sidekick, who we know very little about.

But Nancy remains in the dark about her beau’s circumstances, and thus she’s certain Darren has left her for good.

And next week, things go from bad to worse for the deputy head teacher, as she struggles to get her hands on a prop donkey for the school’s nativity.

Olivia comes to the rescue, but will Nancy appreciate her efforts? That remains to be seen.

Nancy throws herself into work, and agrees that Olivia can be the assistant director of the nativity, but things soon take another turn, and it’s clear that she’s not coping well.

Olivia is not too pleased in the aftermath of the incident, and – fed up of Nancy’s snide remarks – she abruptly reveals her pregnancy secret to a stunned John Paul McQueen (James Sutton).

Nancy refuses to forgive Olivia in the wake of her actions. The question is: is there a rivalry forming between these two?

Is Hollyoaks set to be rocked by another hellish feud? Or will they agree to work together for the sake of the nativity?