If you lived through the 2000s then you remember where you were when the Super Bowl halftime show with Janet Jackson was performed. As a teenage girl at the time, I remember much discussion on how it was so clearly an attention-grabbing stunt, for either Jackson or Justin Timberlake (depending on who you asked). Documentaries reassessing our treatment of women in the early-2000s have become the hot new thing, but The New York Times Presents is the first to spend its time looking back at a Black woman and the scandal that singlehandedly destroyed her career.

“Malfunction: The Dressing Down of Janet Jackson,” and director Jodi Gomes, accomplish many things in the doc’s 69-minute runtime, starting with a brief foray into Jackson’s rise. It is here that we first see the seeds of the control and independence that Jackson would cultivate towards her status as an icon, and that the media would use as proof to destroy her. The fascination around Jackson’s body started at a young age. One of several past interviews shows a clearly uncomfortable Jackson admitting to Larry King that her family nickname was “dunk” for donkey. She then admits people called her “pig” and “cow.” It’s one of numerous past interviews where male commentators look to make a point of making the singer feel insecure.

Jackson stands as a band apart. A Black woman who was able to cross back and forth from R&B to pop, making major motion pictures. Yet it is because of her status as a successful Black woman, Gomes and crew asserts, that made her a target for this titled “dressing down.” Really, the Halftime performance was a perfect storm as the documentary lays out. Jackson’s rise coincided with the ’90s emphasis on conservative values, particularly in media. It isn’t directly addressed, but you could also say that the post-9/11 landscape on entertainment only solidified this more, with a desire to protect families after the real-life horrors that had been depicted just three years prior. A lengthy examination of MTV’s power in the early-2000s, and their association with Viacom-CBS would see this desire to make sure the Super Bowl was “family friendly.”

If you aren’t already fuming by this point in the documentary, it becomes even more unintentionally hilarious to remember a time when the Super Bowl was equated to a Sunday picnic, where families and small children could apparently come together for some classy entertainment. Numerous white commentators associated with the NFL and MTV are interviewed touting the fear that the show would be a possible controversy. Ironically, that fear wasn’t initially associated with Jackson, but with her co-performers that included Nelly, P. Diddy, and Kid Rock. One NFL associate gravely recounts, in what I  refuse to believe isn’t an apocryphal story about how horrified his teenage daughter was to see Kid Rock “desecrate” the American flag by wearing it as a poncho. 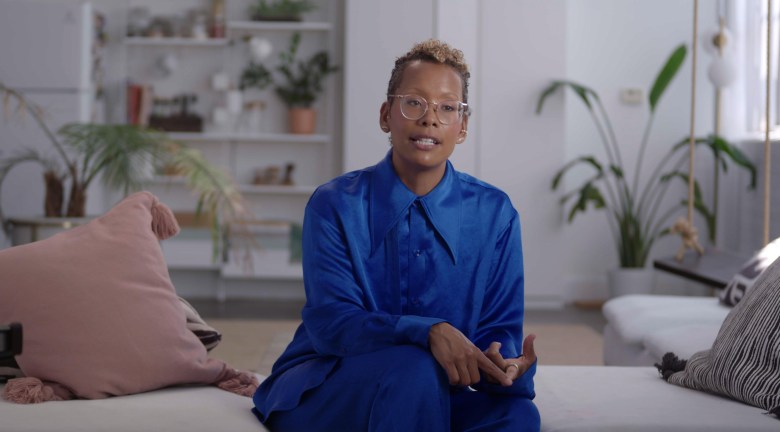 The New York Times Presents “Malfunction: The Dressing Down of Janet Jackson”

With such added scrutiny, it’s amazing that it isn’t until halfway through the documentary that Jackson’s infamous “wardrobe malfunction” is revealed, a perfect storm just waiting for the right place to make landfall. Gomes makes the choice — aided in the fact that no one from Jackson or Justin Timberlake’s camp decided to participate — to not focus on what happened during the event, but why. It’s unnecessary to discuss why her breast was exposed, but more important to critique why Jackson, and Jackson alone, was drubbed in the press and blacklisted because of it. The doc goes hard on Timberlake, who routinely laughed off the whole thing but was always game to “apologize,” winning a Grammy in the process.

But it is Jackson who received the longer-lasting stigma, having to go on a public apology tour only to have her words perceived as not good enough. Numerous men, who’d later be accused of sexual harassment during the #MeToo era, dissected her decision to wear a nipple ring if she didn’t want that kind of attention. A Lena Horne biopic that Jackson was set to star in was abruptly canceled. And the United States Congress decided to go hard on what they presumed as indecency on television. This latter part is by far the most shocking, in a documentary that is already infuriating, with its criticism on how Black bodies, especially Black women, have historically been oversexualized and condemned on their existence alone.

“Malfunction: The Dressing Down of Janet Jackson” is another essential episode of The New York Times Presents. Jackson was inducted into the Rock and Roll Hall of Fame in 2019 and while it’s an amazing honor it’s impossible not to think, as one of the talking heads mentions, where her career could have gone had it not been destroyed that night in 2004.

“Malfunction: The Dressing Down of Janet Jackson” premieres on FX November 19.