Lucas Hedges is consistently good in everything he does — with the Oscar nomination secured at age 20 to prove it — but he is never better than when he’s with his ladies: First, there was Frances (McDormand, in Three Billboards Outside Ebbing, Missouri) then Nicole (Kidman in Boy Erased), and then Julia (Roberts in Ben Is Back). (Not to say the least of Lady Bird‘s Saoirse Ronan.)

“This has been over the course of four years, but after three movies, I was like, ‘All right, I think something’s happening,'” Hedges tells ET over Zoom from his apartment in Brooklyn. “Then I did Let Them All Talk, which is just me and older women. And then this one.”

Attention to the actor, 24, and his menagerie of iconic — in the truest definition of the word — female co-stars has only amplified with those latest projects: HBO Max’s Let Them All Talk with Meryl Streep and French Exit with Michelle Pfeiffer. “I already feel like I’ve worked with everyone. Not really,” grins Hedges. “That’s actually not true, but…”

In the former, Streep plays Pulitzer Prize-winning author Alice Hughes and Hedges her nephew, Tyler, an aimless 20-something who tags along on a cruise with Alice and her estranged friends (Candice Bergen and Dianne Wiest) and finds himself endlessly bemused watching them bicker and bond.

“That movie was literally, like, just show up and let’s see what happens,” Hedges says. Most of his time onscreen is one-on-one with Streep, the two improvising their way through each scene. “She’s the least shy actor ever, because it’s what she loves to do. She has a great time doing it. I think that shows in her performances. There’s something vaudevillian about her in her ability to share all of herself. I think the people who don’t really love it are the ones who are more obsessed with it having to be painful.”

His defining experience of this was, ironically enough, while filming the scene in which Hedges’ character discovers Streep dead. They’d filmed it a dozen or so times already when he made an unorthodox request. “I was like, “Is it all right if I do this scene really wrong just for one take?'” Hedges says. “I’m obsessed with this idea of really being able to fail — it frees me up — and [Meryl] sat up with her dead makeup, and she was like, ‘Yes! Yes, do it.’ I really loved how energized it made her and how present she was for me and my process in that way.” 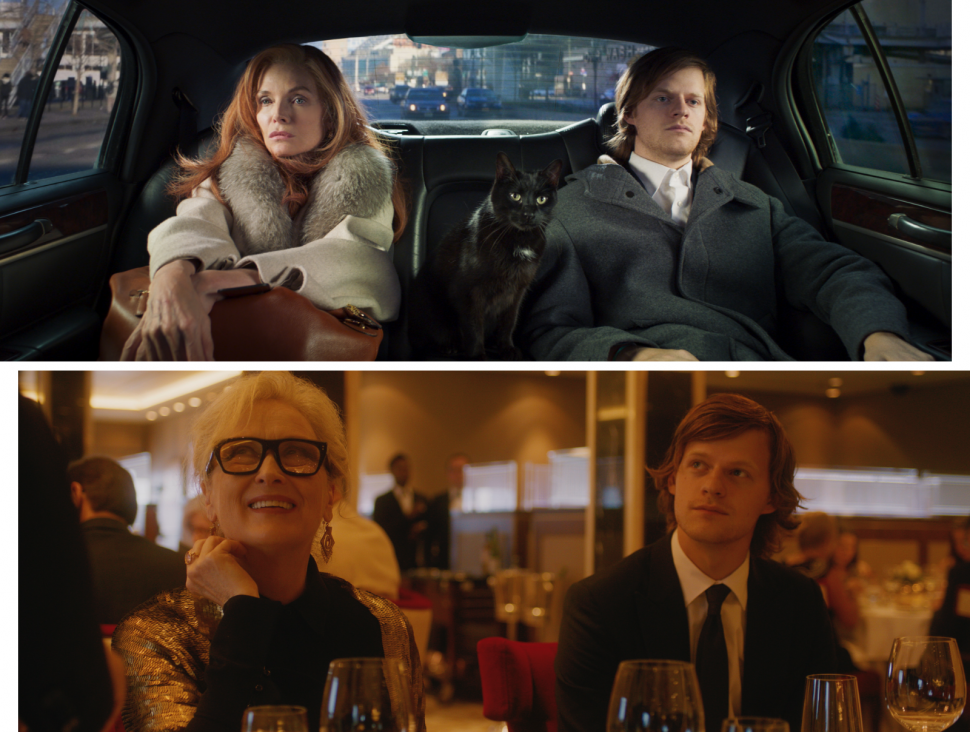 Let Them All Talk was followed by French Exit, based on the book of the same name by Patrick deWitt, in which Pfeiffer plays eccentric New York socialite Frances Price and Hedges her son, Malcolm, who in the wake of his father’s death and the loss of the family’s fortune, chaperones his mother and her cat (who may be the reincarnation of her late husband) to Paris. As Malcolm, Hedges’ usual foppish eagerness is dialed back to a polite resignation, contented to carry on his co-dependent relationship with his mom.

They met for the first time at her office to read the script. “It was formal,” he remembers. “I thought it was going to feel pretty sterile. Like, she was just an actor who showed up to do her job, which isn’t really my favorite kind of vibe.” It wasn’t until they were on set and he saw her in character that he was about to find connection. “From that point on, it was a love affair for me,” he says. That, in turn, allowed Hedges to play. “I become very childlike on set, and she allowed that. She was sort of casually amused by me the whole time,” he adds.

French Exit, Hedges says, he chose for a number of reasons: Because he liked the surreal world in which it was set, because he got on with director Azazel Jacobs and because, “I was tired of playing these overly dramatic roles and I liked the idea of playing somebody who was spending most of his time bored on camera.” He was also aware, however, that it was a chance to work with another great actress.

Hedges knows you’re aware that this is yet another movie in which he stars with an esteemed actress of a certain age, and he knows that social media will excitedly add her to the collection of iconic actresses who’ve played his mom. He’s not sure, though, if you’re aware that he’s aware of it and not only that, he has an idea of how this all began.

“Growing up, I got my sense of security from my mom. That was the relationship from which I felt most safe,” he says. “So, I think it’s the same with acting. I think this is less and less the case — I actually know it’s less and less the case — but in my formative years as an actor, I felt like if I were in a relationship with an older woman, as an actor, it was immediately safe. It was a safe place for me.”

“I think all of the characters I’ve played are characters who rely on the older women in their lives for safety. That’s Boy Erased, Ben Is Back, Let Them All Talk and French Exit. All of those characters are relying on their mothers to feel safe,” he notes. “Boy Erased, he doesn’t get his life back until his mom saves him. Ben Is Back is literally a movie about a mom saving her son. French Exit is a kid who can’t commit to his girlfriend because he commits to his mom. And Let Them All Talk, the dude has no life and his aunt takes him on a cruise, you know? It’s very spiritually clear. It’s very clear what’s happening.” Hedges pauses a moment to think, then chuckles. “It seems like Twitter has caught onto that, but I could be wrong,” he says. “They might not be as aware of the dynamic as I am. But that’s what I see it as — a perfect reflection of my own youth.”

French Exit is in theaters in Los Angeles and New York on Feb. 12.

BUCKINGHAM Palace offered to help Meghan Markle find an acting job in the UK but she turned them down, according to reports. Royal aides were […]

Texas border sectors see over 100 jump in unaccompanied minor apprehensions in 2021 Casey Stegall reports from Eagle Pass, Texas, with the latest on the […] 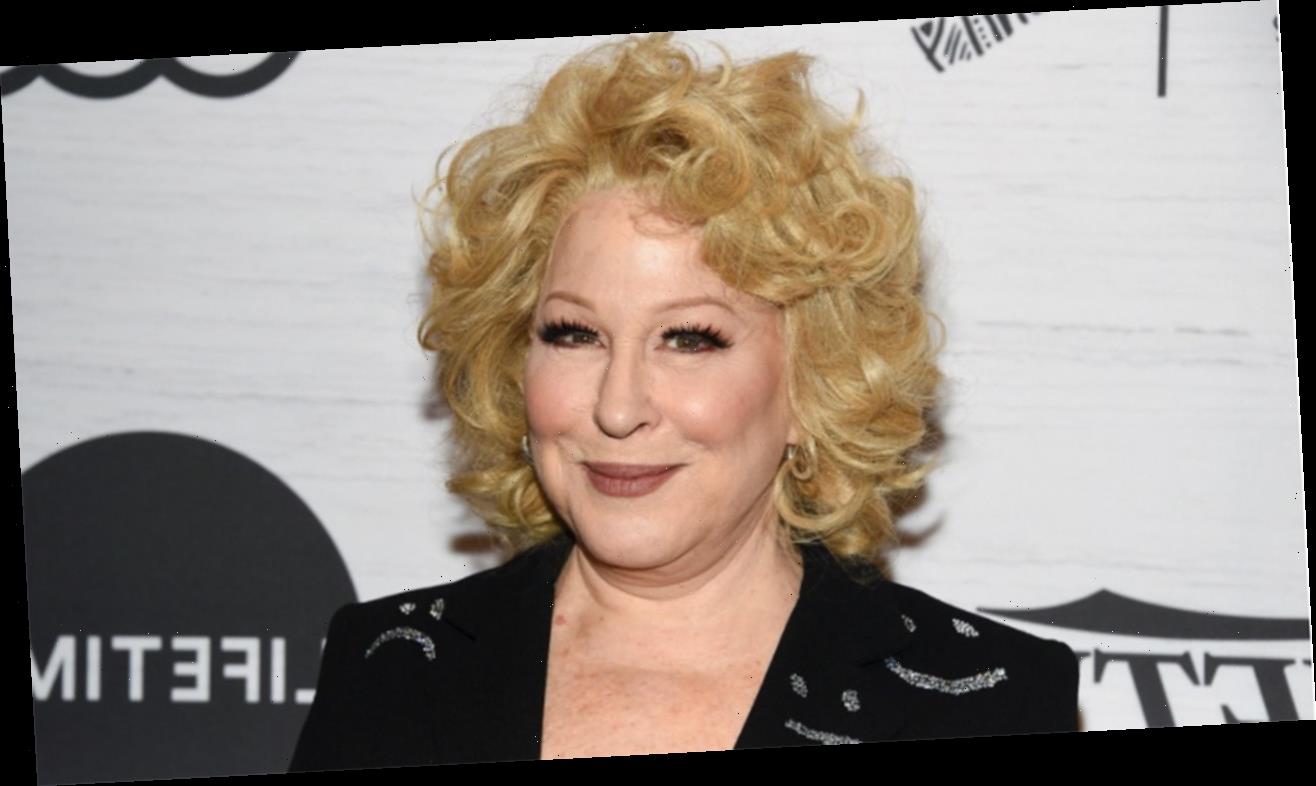