It’s time to play that periodic guessing game of “Will Netflix renew the hot new show for another season or not?” And playing this game is the very unusual dating show Love is Blind.

Guessing whether this show will be renewed is a bit tricky because it doesn’t follow normal patterns. In its ongoing efforts to remain the streaming leader amid increased competition, Netflix is broadening its palette. Part of this effort involved including reality-type programming— but will this program stick around?

What is Love is Blind? 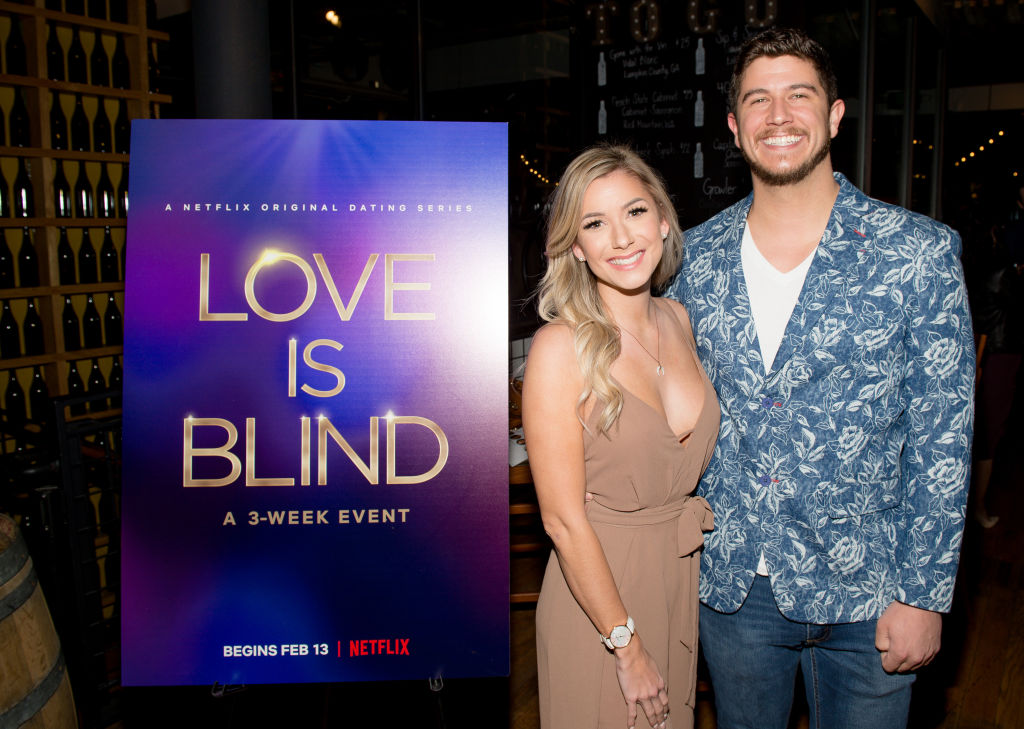 Love is Blind is rather like a cross between The Bachelor and The Voice. It’s a dating show like The Bachelor; it’s like The Voice in that the show restricts the environment so that the person making choices can only focus on specific aspects.

So whereas The Voice has its judges sit facing away from the singers so they can only hear their voice, Love is Blind at first limits the view of the daters and puts them in “pods” so they can’t meet in person. All they have to go on is conversational skills – supposedly the most important factor.

After about 10 days, if the partners like each other, they can get engaged. Only then do they actually meet in person. In other words, it’s like the movie You’ve Got Mail played out in real life. The basic concept is to see if love can take root without any basis in physical attraction, ergo, Love is Blind

How has Love is Blind been received?

The Love is Blind hook has made it another watercooler hit for Netflix, with people buzzing about who should get together with whom. The Critical Consensus on Rotten Tomatoes, where the show rates a barely fresh 63 percent, reads, “Addictive, but problematic, Love Is Blind is undoubtedly an intoxicating binge, but its version of romance often comes off more toxic than aspirational.”

Kristen Baldwin of Entertainment Weekly wrote, “I watched every episode. To Netflix’s credit, LIB is an addictive reality show, but it’s also one that will leave you feeling worse than when you started. Call it a guilty displeasure.”

That doesn’t sound like a prospect for renewal. Netflix hasn’t made any decisions, but the producers certainly think they can come back for future seasons. They’re actually hoping for several. Asked in Variety what city the second season would be set in, creator Chris Coelen said, “that’ll be a conversation that we have with Netflix, but I think there’s lots of great cities that we could go to… I think we’ll be doing season 20.”

Will Love is Blind to be renewed?

Creator Chris Coelen was probably joking, because as viewers of Orange is the New Black found out, and as viewers of Grace and Frankie are about to find out, Netflix isn’t interested in having shows run for many seasons, as the networks have been. They prefer to churn their content faster so they can always keep their offerings fresh to attract new subscribers.

That established, Love is Blind seems like it’s generated enough buzz to repeat the experiment. As PopSugar points out, “reality programming is typically much cheaper and easier to produce than fully scripted shows. Love Is Blind doesn’t have a bunch of special effects, highly paid stars, or even multiple extravagant luxury trips (like The Bachelor), so it’s probably a pretty good financial deal for Netflix and might have a lower threshold for renewal than some of the platform’s more expensive scripted series.”

In other words, renewal looks fairly likely; we’ll just have to wait and see if Netflix wants to get engaged.