The Last Kingdom season five has been given the green light by Netflix and the Anglo-Saxon series is based on real historical figures. One of the characters who was inspired by a real-life person was Aethelflaed (played by Millie Brady), and in season four there had been talks of finding a suitable husband for her daughter Aelfwynn (Helena Albright). Fans are wondering who Aelfwynn will end up marrying in season five, and Express.co.uk has explored the history.

Who will Aethelflaed’s daughter Aelfwynn marry?

The young stars of The Last Kingdom took to the spotlight in season four, as Uhtred of Bebbanburg (Alexander Dreymon) were tasked with keeping them out of reach from the Danes.

One of the children he helped save was Aelfwynn, but she ended up catching a potentially deadly illness and it was down to Eadith (Stefanie Martini) and Osferth (Ewan Mitchell) to save her.

Aethelflaed, who was keeping tabs on her dying husband Aethelred (Toby Regbo), was none the wiser about what was happening to her daughter.

Instead, she was caught up in a discussion about who would marry Aelfwynn, so they could keep the family line running once Aethelred had died.

One of his potential suitors was Eardwulf (Jamie Blackley), who was the brother of Eadith and had acted as Aethelred’s commander in battles.

He had been scheming against Aethelred the whole time in order to claim power and restore his family name -but Aethelred had no idea about his plan. 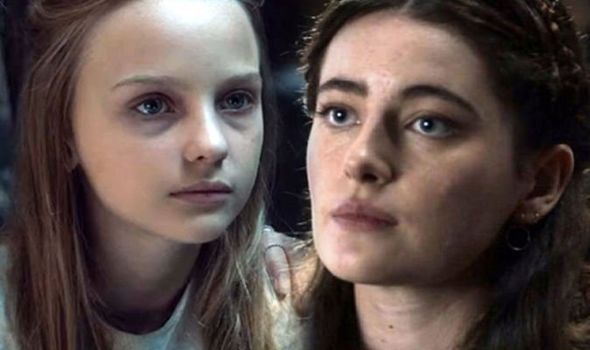 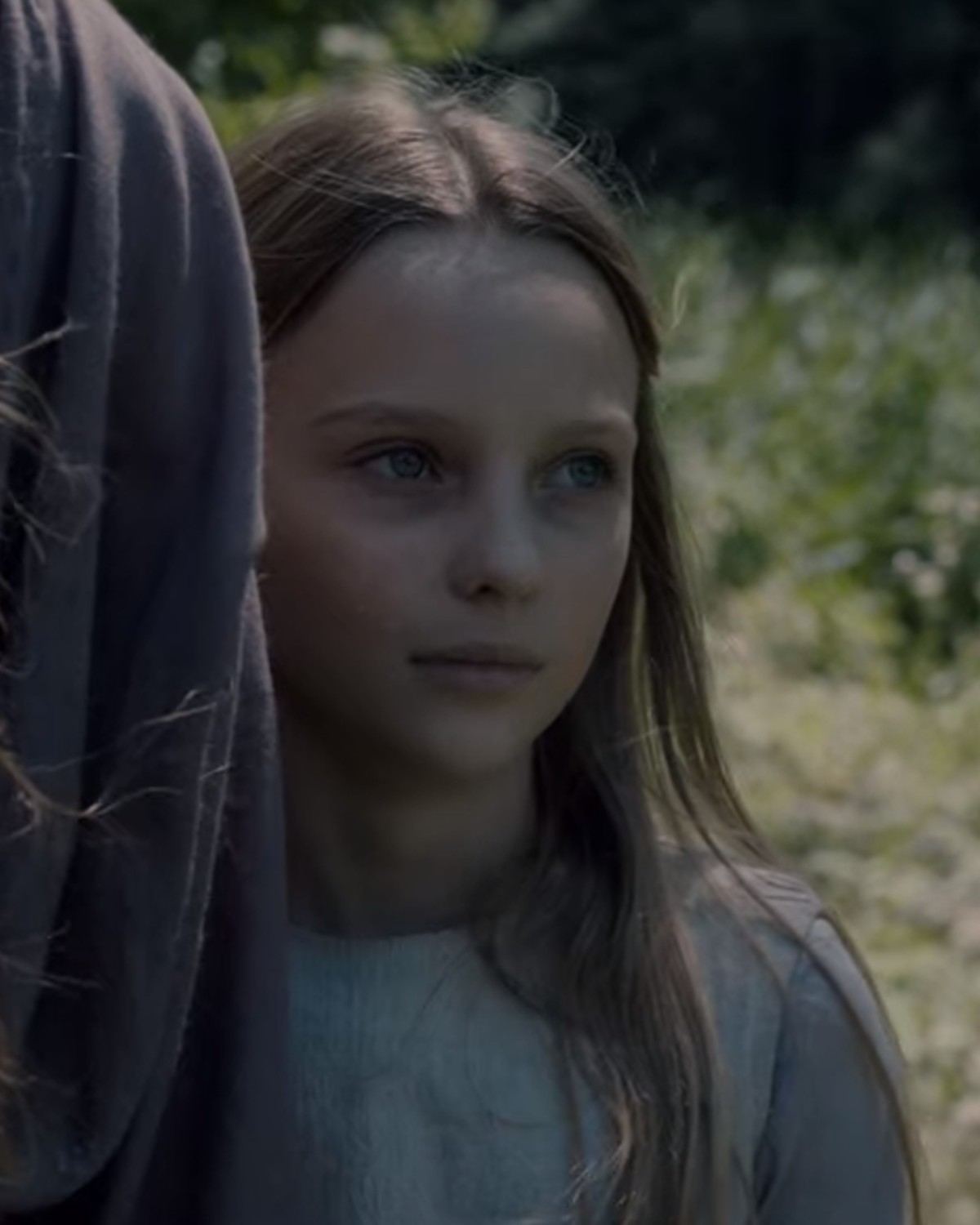 Eadith had also been in on the plan, but she ducked out when she realised her brother was taking things too far.

Eardwulf ended up being killed by Sigtryggr (Eysteinn Sigurðarson) and his men at the end of season four, but fans have taken to Reddit to discuss whether he would have made a good husband to the young Aelfwynn.

One fan said: “I just finished this episode, and I’m wondering why Æthelflæd was so horrified at the prospect of Eardwulf becoming her daughter’s suitor? Just because they saw him yelling at his sister earlier in the episode? Seemed like an overreaction to me.”

Fans believe Aethelflaed reacted badly to the idea due to her traumatic relationship with her own husband, she may have also been against the age gap between her daughter and Eardwulf.

Evenstarjewel01 said: Aelfwynn was too young to be betrothed by a man who could easily be the same age as her father. Sure, these things were pretty common back in the medieval age with royal marriages but it’s still pretty weird (and taboo in modern society) overall. 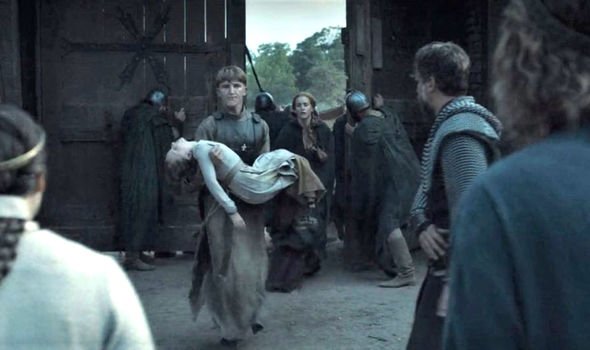 “This is probably a guess, but Aethelflæd may have heard about Eardwulf before the season begins and doesn’t like how poor of an advisor he is. Plus, she did hear about how Eadith was Aethelred’s mistress.

“Lastly, Aethelfaed probably has PTSD during her first marriage to Aethelred. He abused her really badly and that can really scar anyone in an abusive relationship.

“So, with her PTSD, she probably had anxious and stressful thoughts about how Aelfwynn may experience similar abusement from Eardwulf if Aelfwynn was married and how Aethelflaed wouldn’t be able to protect her.”

During Anglo-Saxon times, marriages were often organised to form strong political alliances between two kingdoms. For example, Aethelflaed and Aethelred were married to unite Mercia and Wessex.

Similarly, Aethelflaed’s mother Aelswith (Eliza Butterworth), who was a Mercian, was married to Alfred (David Dawson) to strengthen the Wessex and Mercia bond.

DON’T MISS…
Last Kingdom: Was Uhtred of Bebbanburg based on Uhtred the Bold? [INTERVIEW]
Last Kingdom explained: What is the deadly plague Uhtred encounters? [INSIGHT]
Jeppe Beck Laursen: What else has The Last Kingdom star been in? [EXPLAINER] 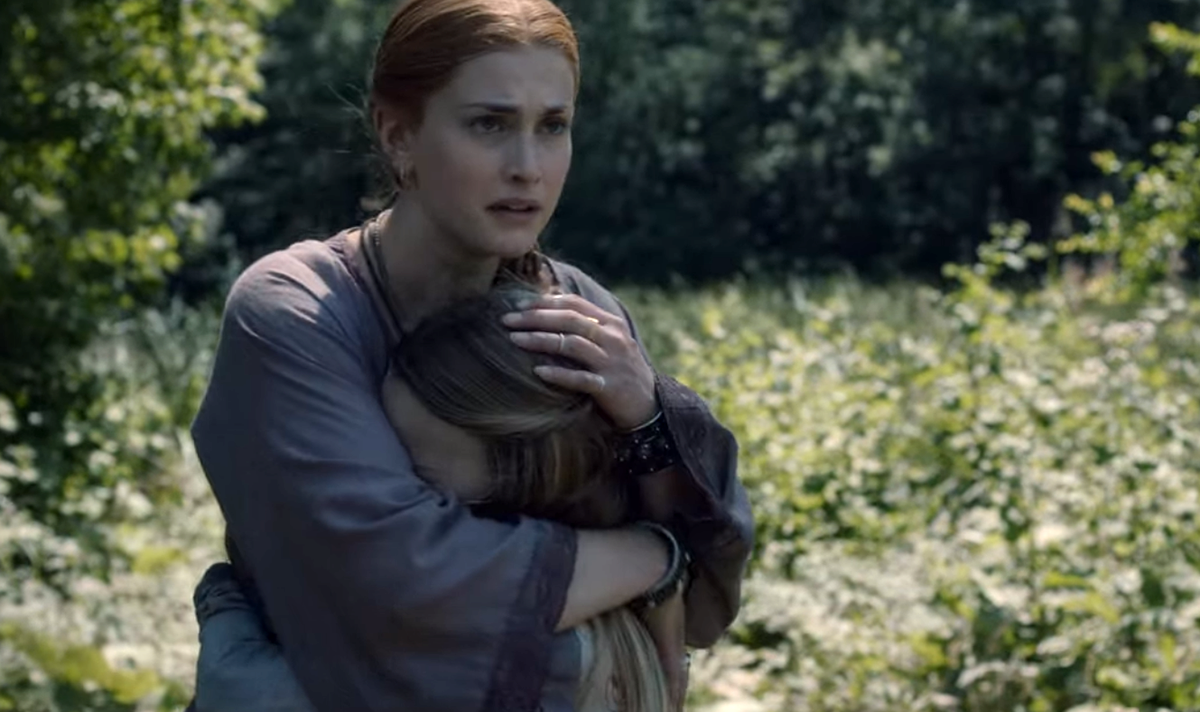 Aelfwynn’s character is based on a real-life Mercian ruler, albeit she did not hold her position for more than a few months.

The Anglo-Saxon Chronicle said she ruled Mercia in 918, following the death of her mother in the same year, but she was led into Wessex shortly after taking over.

Some historians have suggested she had been married to Æthelstan Half-King, an Ealdorman of East Anglia.

The only Aethelstan mentioned in The Last Kingdom is the son of Aethelflaed’s brother Edward (Timothy Innes), so there is no chance she could marry Aethelstan in the series.

However Geni.com suggests the real Aelfwynn married Edulph Earl of Mercia, who was the son of the Earl of Devon. They were believed to have had a son called Leofwine.

There has been no mention of an Edulph in the series so far, but there is nothing to say he will not be added as a character in season five if Aelfwynn is still looking for a potential husband.

Aelfwynn also features as a supporting character in The Saxon Stories by Bernard Cornwell, on which the series is based.

She features in a total of four novels, and throughout the story she has a lover called Cenlaf, but he is yet to appear in the series.

With Aethelred now dead and the need to find a Mercian ruler now more important than ever, Aethelflaed will be on the hunt for the right suitor for her daughter in the next season.

By the end of season four, she had taken up the role as leader of Mercia, swearing to remain ‘chaste’ and cut all romantic ties with Uhtred so she could focus on her people.

In season four she was only ever used as a bargaining tool, but hopefully in season five she will find her feet and play a more prominent role.

The Last Kingdom is on Netflix now

It was the kind of story that would once have had Matt Drudge deploying font sizes that newspapers used to reserve for declarations of war. […]