Home » TV and Movies » Lashana Lynch Pitched an Awkward, Anxious Female 007, and the No Time to Die Team Listened

Actress Lashana Lynch didn’t exactly need convincing to sign on for a starring role in the much-hyped 25th installment of the James Bond franchise, “No Time to Die,” she just wanted to know what the heck she was working with. For the rising star of such outings as “Captain Marvel” (playing the titular heroine’s best friend, a badass Air Force pilot) and “Still Star-Crossed” (a “Romeo & Juliet”-inspired TV series in which she played the complicated role of Rosaline), finding the unique elements of seemingly standard roles is her sweet spot. What, she wondered, was so special about the MI6 agent that was going to be part Daniel Craig’s final outing as Bond?

“The last meeting that I had with [producer] Barbara Broccoli, [director] Cary Fukunaga, and Daniel Craig was one of many questions,” Lynch said in a recent interview with IndieWire. “Because, [in] the last two meetings, I had read sides from other Bond films, and I didn’t know what the hell was going on. I didn’t know who she was going to be, what her name was, what she was representing, I didn’t know anything. I just knew I was auditioning for a Bond movie.”

But while Lynch admits that Broccoli, Fukunaga, and Craig couldn’t totally drop the air of secrecy around the character and the film during that last meeting, she was intrigued by the things the trio didn’t say. The actress recalled asking them pointedly, “Why does she have to be a match for Bond?,” a query she said they could only answer be reaffirming that they wanted her to be “strong.”

Even in their hesitancy to provide more details, Lynch realized that she might be able to intuit the important parts of the role — eventually revealed to be a hard-driven young agent named Nomi who has taken on Bond’s iconic 007 code number in his absence — by virtue of the stuff the three wouldn’t easily answer. Clearly, Nomi needed to be strong in a new way, the kind of character who could face off against Bond believably. 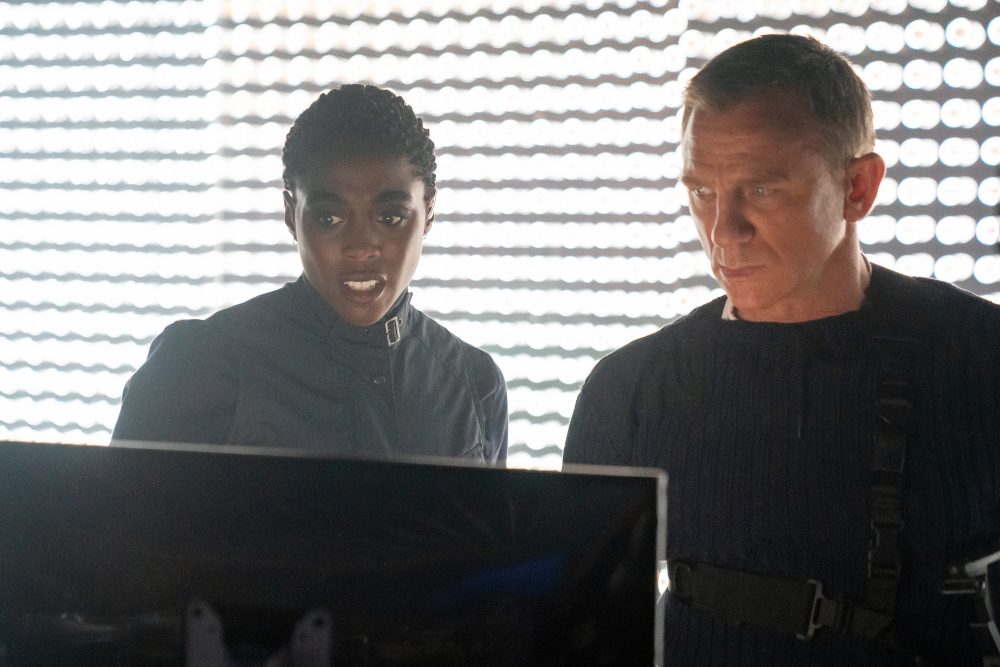 After Lynch signed on, that aim became even more clear, particularly with the addition of Phoebe Waller-Bridge, patron saint of compelling female characters, to the film’s writing staff. “I thought, ‘Great, female writer, tick, the writer of ‘Fleabag,’ sure. I’m sold. Don’t worry about it. I’m in,’” she recalled.

The pair soon met to talk more about Nomi, and Lynch fondly remembers coming into that first meeting “in like a whirlwind,” brimming with ideas for who this female 007 could be. “I was like, ‘This is where I want her to be, and she’s got so much potential and I think she should be kind of awkward, but really realistic, and I want young people to be relating to her in the way that I haven’t had the opportunity to do before, and what do you think?,’” Lynch said. “And she just said, ‘Yep, yep. That’s where I’m at too. I agree. I think we should write that. I think she should be all of those things and more.’ And I thought, ‘Wow, thank you. Thank you for hearing me finally, thank you for being a woman writer who is in the position to hear me fully.’”

Lynch said the conversations soon turned to using “awkwardness, nervousness, and anxiety” as part of Nomi’s makeup, all the better to “create someone that was very much an opposite to Bond in that she’s figuring every moment out as it happens.”

“We are very intelligent women,” she said. “We know what we are talking about a lot of the time, but then there’s sometimes when we just have to figure it out on the spot and make it look as seamless as possible. I don’t often see that in action movies. So when we discussed what anxiety means and what an agent with anxiety can be, it made me think, ‘Gosh, there must be moments when she’s about to like, shoot someone down and she thinks, “I’m really nervous to do this because I haven’t done it before.”‘ What does that look like? What does that feel like? And how do we display that in a way that still keeps her within her power, but also allows us women to watch her and say, ‘Thank God it’s not just me.’” 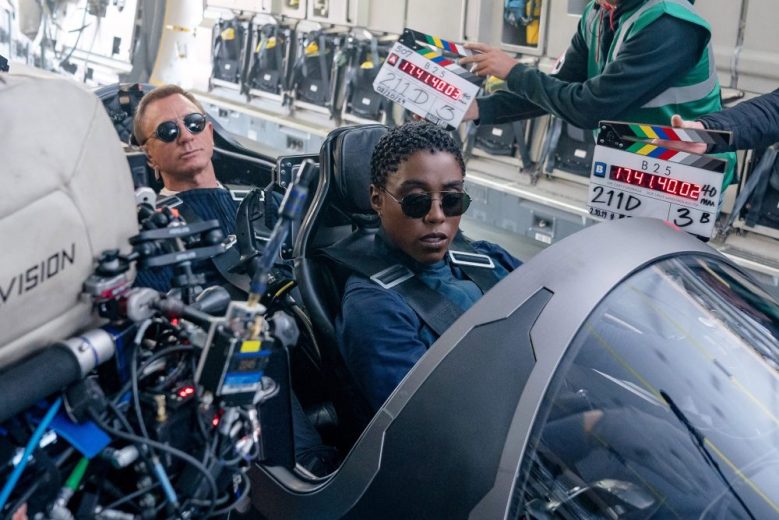 Behind the scenes of “No Time to Die”

For all her worries and anxieties, Nomi is also exceedingly good at her job, a “by the book” agent with a competitive, witty edge. It’s refreshing to see a female lead who is so capable, another thing that pleased Lynch. “When do we get to see [that]?,” she said. “Not often in an action movie, without them being either over-sexualized or slick, they’ve just got these moves and it always ends with a ‘I knew what I was doing the whole time and I’m going to do it again without even breaking a sweat’ [attitude]. It’s cute, but it’s not real.”

If Nomi were to suddenly break the fourth wall, Lynch imagined, “She would whisper, ‘Trust me, I did not know what I was doing. My heart was racing so fast. I felt like I was going to collapse, but then I shot him and it was great.’ That’s how it should be. There’s a lot of thoughts that we have during these high, intense moments in life that I think she should share some of them, too.”

Despite her high-octane lifestyle, Lynch said she also put a lot of women she really knows into Nomi, from her mom to two of her best friends. Still, she was careful to separate herself from the character, all the better to serve both Nomi and the many women who will delight in seeing her on the big screen. “I had to make sure that I was stepping outside of myself enough to serve her properly and not just say, I’m confident and so Nomi’s confident,” Lynch said. “I’m also competitive, and Nomi’s competitive. I wanted to keep her far away from me so that I was drawing upon the experiences of different women that I know from Black backgrounds, but also some of my white friends, some of my Asian friends, mixed race friends, so that when everyone is watching her, they see a bit of themselves in Nomi.”

Lynch’s joy over working so closely with Waller-Bridge to craft Nomi is readily apparent, and when asked if more writing — she’s previously written plays and developed a few scripts — is in her future, she didn’t hold back. “The future is bright for me [and] being able to tell as many women’s stories as possible,” she said. “It’s something that I’d like to focus on solely, so don’t be surprised if I take a little break in order to really just dive into that so that I can give it the attention it needs. And probably direct it myself, I’d say!”

MGM opens “No Time to Die” in theaters this Friday, October 8.

As new movies open in theaters during the COVID-19 pandemic, IndieWire will continue to review them whenever possible. We encourage readers to follow the safety precautions provided by CDC and health authorities. Additionally, our coverage will provide alternative viewing options whenever they are available.