During Tuesday’s Lorraine, Lesley Nicol, who plays Beryl Patmore in Downton Abbey, chatted with entertainment reporter Richard Arnold about the upcoming sequel, which has been confirmed to air at Christmas. As Richard gave Lorraine an update on all the latest entertainment news, he explained during filming for Downton Abbey the Duchess of Cambridge surprised the cast on set.

Speaking from Los Angeles, Richard began: “A little bit of royalty on set, the Duchess of Cambridge, Kate Middleton she went along to the set.

“An interesting moment Lesley told me about.”

During the interview, Lesley told Richard: “When Kate Middleton came to visit the set. Sophie and I were in the kitchen and weirdly we were asked to wear our costumes.

“It was a bit peculiar because we weren’t working that day.” 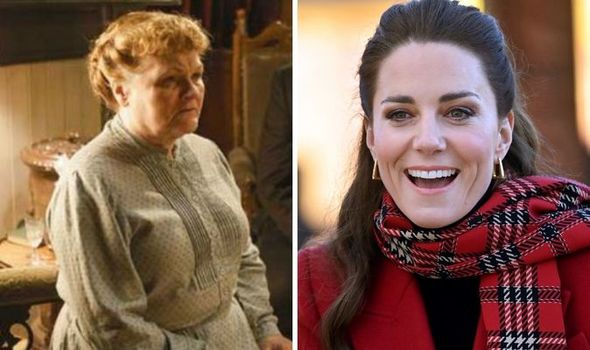 She continued: “Anyway, never mind. And then we were waiting in our costumes and suddenly a man walks in, in a suit.

“And I went straight Patmore as I said ‘Who are you?’ and he said ‘I’m a royal protection officer.’

“I went Patmore very quickly as I said ‘You don’t walk in my kitchen.’” 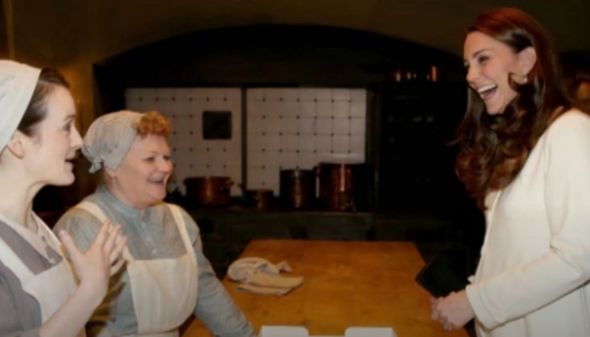 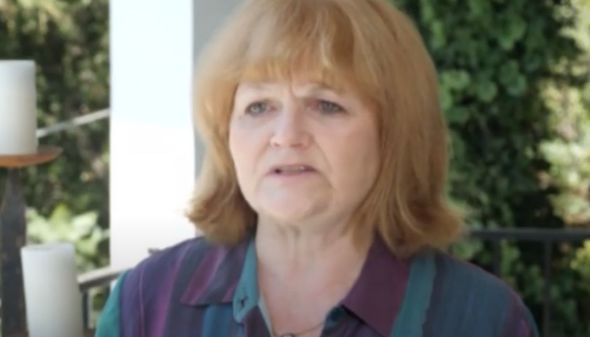 As it cut back to Lorraine in the studio, the host laughed: “I love that, you’re not allowed in her kitchen.

“I can’t wait to see it, that will be a fantastic Christmas present.”

On Monday it was confirmed the sequel of Downton Abbey would be returning at Christmas, with the original cast making a triumphant return.

The original cast, including Hugh Bonneville, Jim Carter, Dame Maggie Smith, Mark Addy, Laura Carmichael and more will be returning to the franchise to continue the thrilling story.

No details about what the film will entail have been revealed just yet, however, some new information was detailed by production company Focus Features.

The cast will be joined by a new collection of actors, who will no doubt shake things up going forward.

It went on to win Costume Designer of the Year at the Hollywood Film Awards.

The period drama films follow six seasons of Downton Abbey’s TV show, which was aired on ITV from 2010-2015.

Lorraine airs daily at 9am on ITV.