WINNING Dancing on Ice almost proved too much for Joe Swash – as he nearly fell flat on his face while celebrating with his co-stars.

The accident-prone 38-year-old almost tumbled off the podium – and narrowly missed a third trip to hospital. 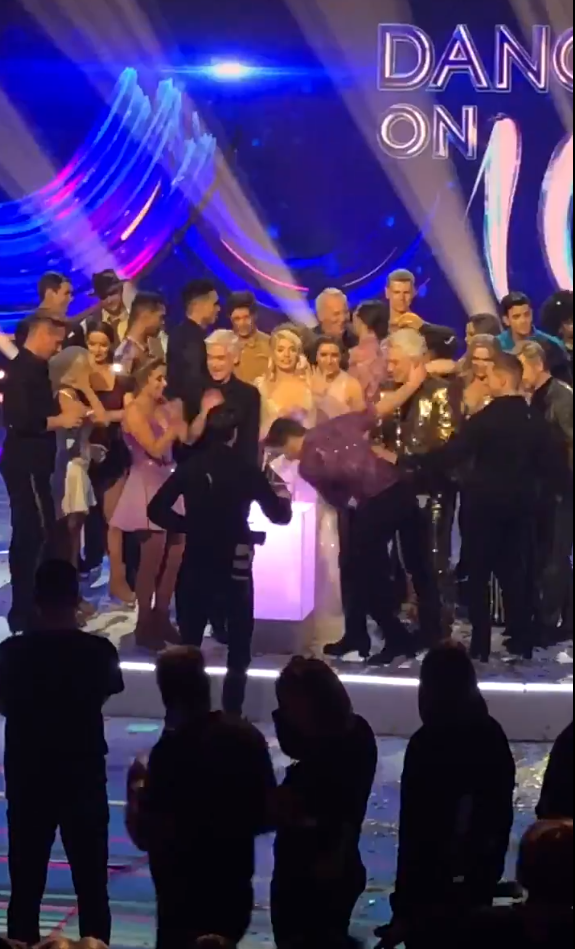 In the hilarious clip Joe is seen trying to squeeze past his cast-mates to try and catch his skating partners attention.

As the EastEnders legend made his way through the big crowd of people in his skates, he tripped up and tumbled to the floor.

Luckily, judge John Barrowman saved the day in his sparkling gold suit and caught the actor just in time.

Joe tried to shake off the fall in the smoothest way possible – and gave Alex Murphy a massive hug to celebrate their happy news. 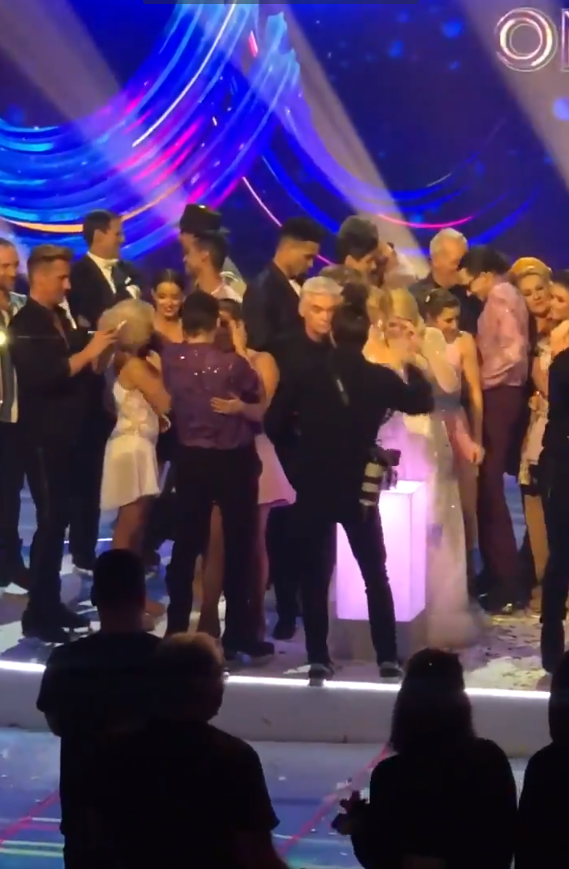 It comes after Joe was crowned winner of the popular ITV skating competition, finishing ahead of Diversity's Perri Kiely, 23, and Paralympic gold medallist Libby Clegg, 29.

Joe stood open-mouthed with his hand on his head as he won the Dancing on Ice trophy.

An overwhelmed Joe said: "Honestly, this has been the most amazing experience and to share it with Alex…"

Joe's partner Stacey Solomon took to Twitter to express her excitement about the amazing news – and couldn't contain how proud she was of Joe's hard work. 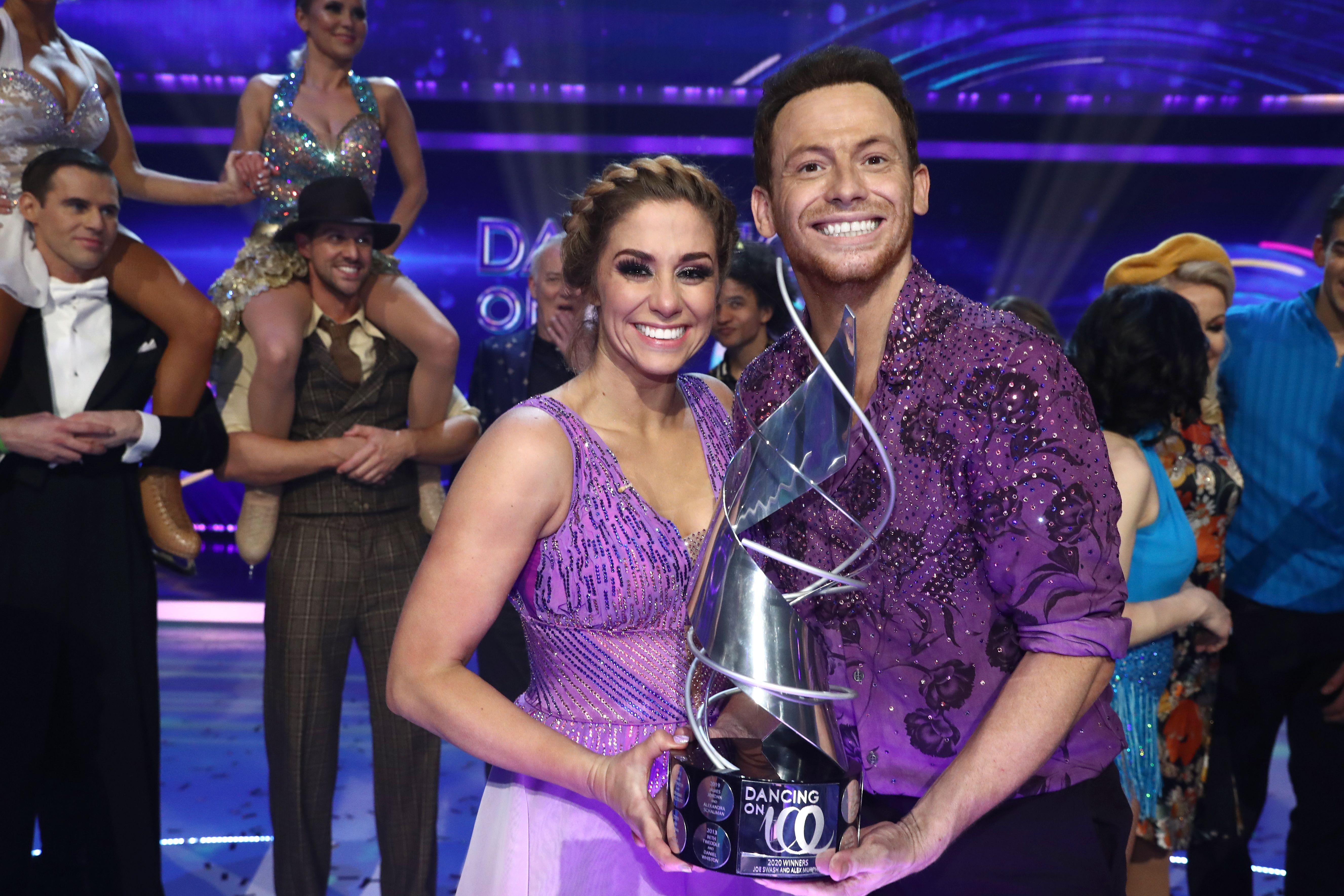 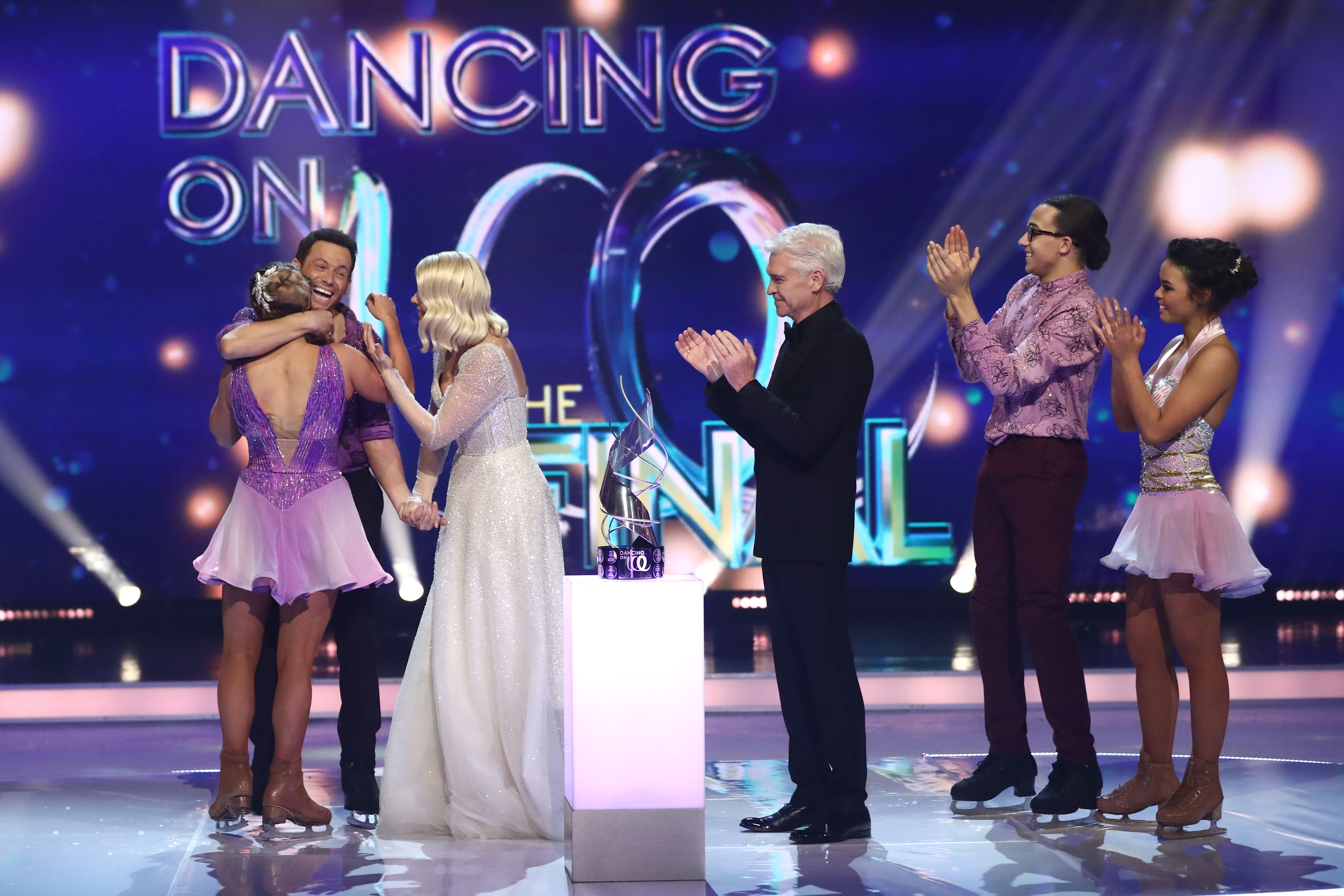 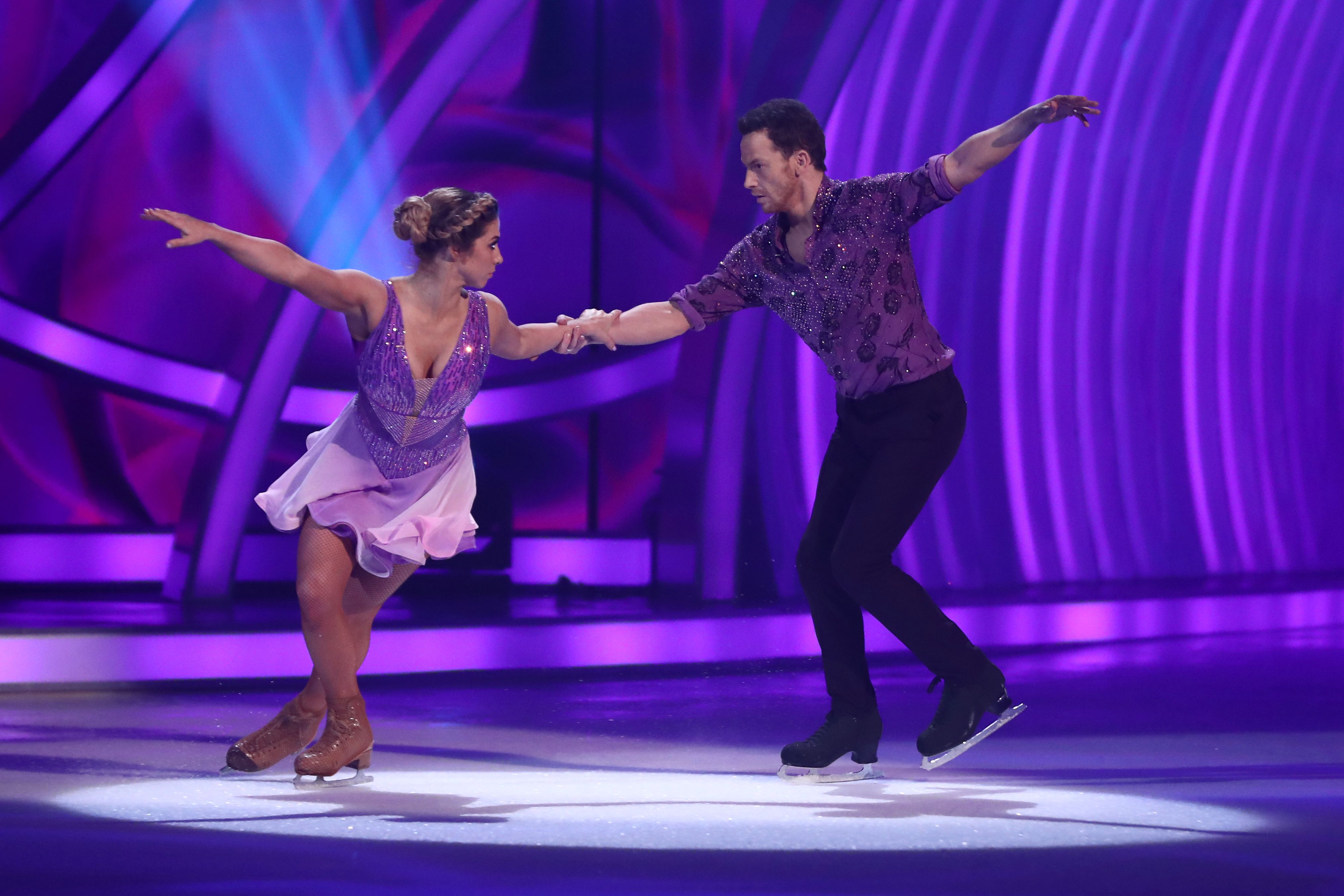 Stacey, 30, gushed about her beau Joe, as she said: "Firstly, EVERYONE in the final tonight was AMAZING & deserved that trophy. Secondly, Joe we‘re all so immensely proud of u."

She also thanked, the fans, adding: "To anyone who voted, thank u from the bottom of our hearts. He put his heart & soul into DOI & has LOVED every minute. It meant the world to him. So thank u."

She also took to her Instagram story back at home and thanked everyone for supporting Joe." 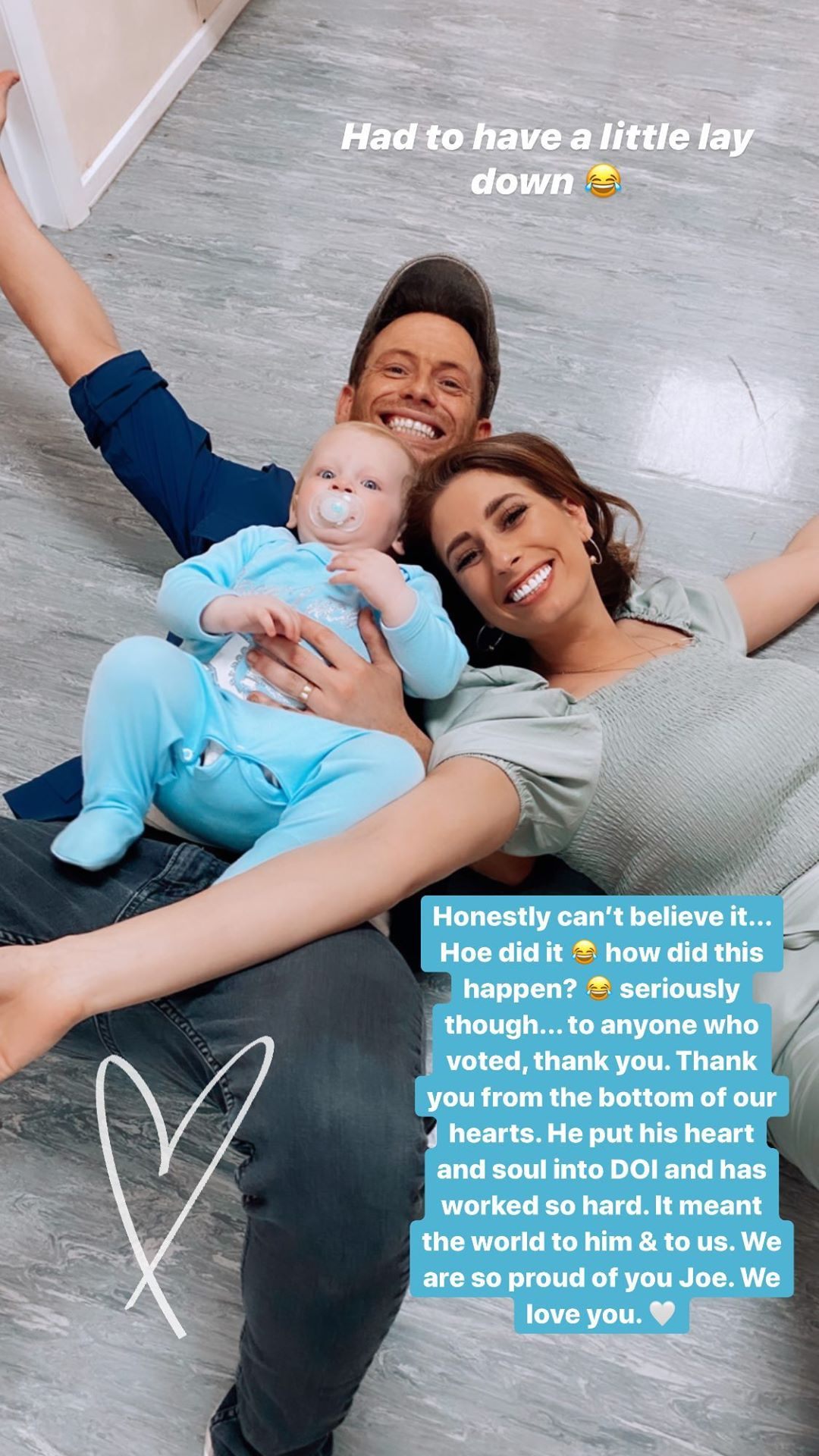 She said: "I really wanna say thank you by the way, not just to people who have voted just thank you to anyone who has ever been nice, kind and supported someone and built them up, you have no idea what difference that makes to somebody."

The mother to baby Rex added: "I still can't believe it, EVERYONE in that final deserved to win so it's hard to believe Hoe done it.

"We are so proud and happy for him, we love you to the moon back @realjoeswashy.