The Grand Tour frontman Jeremy Clarkson is ditching the hair-raising thrills of the race track for the green-fingered and tiresome work of the farm in his new Amazon Prime Video series, Clarkson’s Farm. In the new show, Jeremy gets to grips with the highs and lows that come with running your own farm in the English countryside, made all the worse by a number of setbacks fans will see unfold over the course of each episode. And speaking to Express.co.uk and other press ahead of the premiere, the former Top Gear host took aim at Brexit for a number of his problems.

And all of these problems combined posed countless obstacles for the star, from a month’s worth of rain ruining his work in one day to EU rules preventing the spread of toxins to help protect his crops.

But delving into the impact Brexit and the EU specifically played on his work, Jeremy was asked how rules established in Brussels prevented him spraying neonicotinoids to protect his produce from beetles and other insects, as shown in one of the new episodes.

Jeremy’s retort against Brexit came when Express.co.uk asked Jeremy and co-star Caleb if life on the farm has been made better or worse since the UK left the EU. 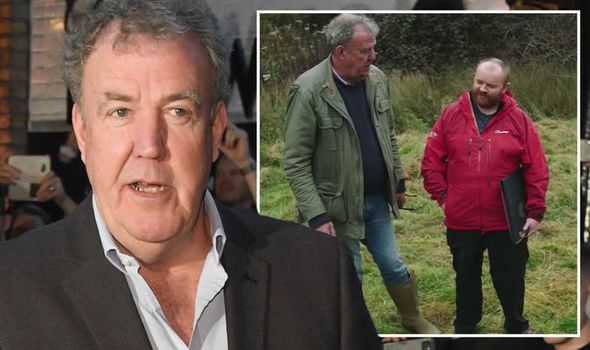 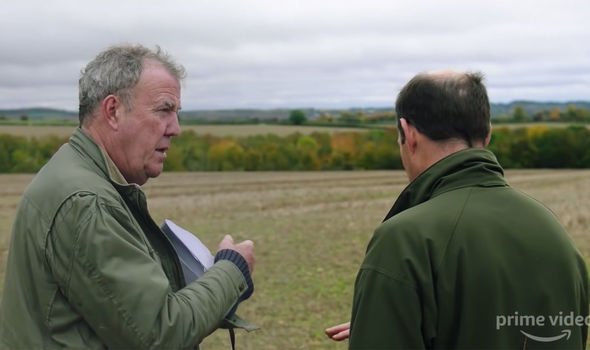 Jeremy replied: “It’s unlikely to ever be for the better. I’m, you know, I was a Remainer.

“So I mean, banning the neonicotinoids, which is what you’re talking about was a necessary thing to do.

“I actually think because, you know, you’ll [Caleb] probably disagree. He does disagree.”

Caleb then jumped in: “I mean, it was a good thing to do. But in terms of doing that, and stopping one beetle, we now have to spray insecticide and kill every beetle or every insect, you know, and-“ 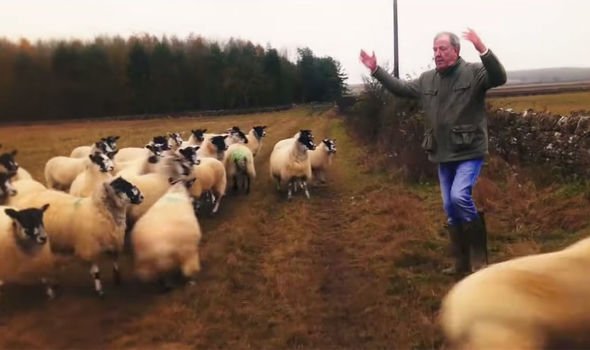 Jeremy cut back in as the pair detailed the complicated rules set out prior to Brexit: “Yeah, it’s fraught, this is why farming is just not as simple as I thought it was going to be.

“When we read the simplistic view, it’s neonicotinoids harming bees. So obviously, I mean, we’ve now got 25 million bees on the farm. So you don’t want to harm bees.

“But as Caleb will say, that means the rapeseed doesn’t grow if you don’t have vegetable oil, and then you have to buy palm oil, and that’s orangutans so the knock-on effects for all of these things are phenomenally – it’s all so interlaced.

“So it’s very difficult to be simplistic with an argument about farming or about sprays or about Brexit.”

Nevertheless, Jeremy did claim Brexit has “screwed” up certain plans he had on the farm.

“I mean Brexit has screwed us up because I tried to grow Durum wheat, which is a sort of wheat you used to make pasta and then I found out the other day that it’s been stuck in the docks at Calais for three weeks, right in the middle of the planting season.

“We couldn’t get it out because of Brexit,” Jeremy said. “So if you want some pasta next and hoping to buy it from a British supplier, sorry, you’re gonna have to go and buy it from Italy if you can get it.”

But despite outlining the supposed hardships the post-Brexit UK has had on his farm, the former Top Gear man did have some praise for one beneficial aspect.

He added: “But you know, Brexit I’m sure it will settle down. And obviously, it’s been very good for the vaccine rollouts.

“I’m the first to admit that,” Jeremy said. “But I don’t think it is helping particularly in any of the other things I’m doing.”

Recorded over the past few years, Clarkson’s Farm follows Jeremy learn the ropes while battling record-breaking weather conditions, the coronavirus pandemic, and, of course, Brexit.