Home » TV and Movies » 'Jackass': Steve-O Reveals Why His Voice Sounds So Trashed (It Wasn't Drugs or Swallowing Glass)

MTV‘s Jackass daredevil Steve-O‘s raspy voice may be one of his well-known traits but it didn’t get that way because of the drugs, swallowing glass, or breathing fire. 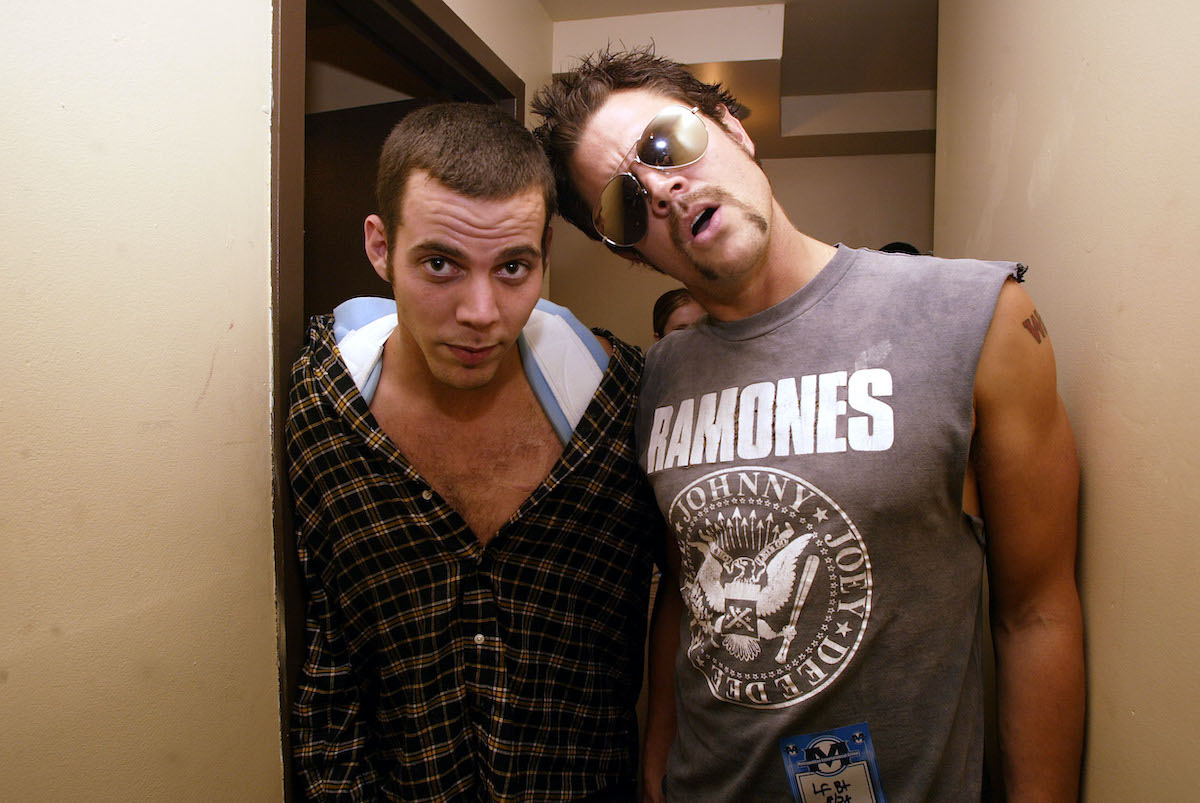 He recently wondered how his voice became so hoarse and embarked upon an exploration exercise. “Honestly, I always thought that my world record for barfing the most on television might have something to do with it,” Steve-O shared in a recent YouTube video.

“God, I was a f**king maniac. I mean, chewing and swallowing glass …that couldn’t have been good for my voice,” he pondered.  Steve-O believes his voice has gotten worse so he eventually consults with a medical professional.

Was Steve-O born this way?

Steve-O thinks he knows what happened to his voice. “But out of all the drug use, what I thought did the most damage to my voice was the nitrous oxide,” he said. “God, I did so much of that stuff. I would buy 600 at a time, and that would only last me 24 to 36 hours. Sheesh!”

So was it the nitrous? Dr. J. Randolph Schnitman, a physician who specializes in disorders of the ear, nose, and throat examined Steve-O and came to only one conclusion: Steve-O doesn’t use his vocal cords to make sounds but instead uses a muscle in his throat.

“Really, doc?” Steve-O said, surprised. “After everything I’ve been through, you’re just telling me I just suck at talking.” Steve-O could change his voice with therapy and training. But he’s not sure he wants to change it.

“But I don’t even know if I want my voice to change,” he said. “I kind of like getting recognized over the phone—and my girl darn sure doesn’t want anything different. But I’m still going to give it hell because maybe I can use it in a more healthy way.”

Another comedian actually did damage himself from using drugs

While Steve-O’s voice is au naturel, comedian Artie Lange destroyed his nose from inadvertently snorting crushed glass along with crushed OxyContin tablets. Fans noticed that Lange’s nose seemed smashed or deflated in 2018. He addressed his appearance on Twitter. “This is it but I believe her nose had a septum and had not been hideously deformed due to over 3 decades of drug abuse,” he wrote.

Botched surgeon Dr. Paul Nassif offered to fix Lange’s nose. But he had a stern warning. “When you have a lot of trauma to the septum, the septum is a partition that divides the left and the right nasal cavity,” Nassif told TMZ.  “Because if I go and rebuild that nose, and I have to use tissue from the scalp.” However, Lange cannot do drugs ever again. “Because if we fix his nose and he introduces drugs into the nose again, it will collapse, but this time only worse,” Nassif said.