The duo reunite for another year to help usher in 2021 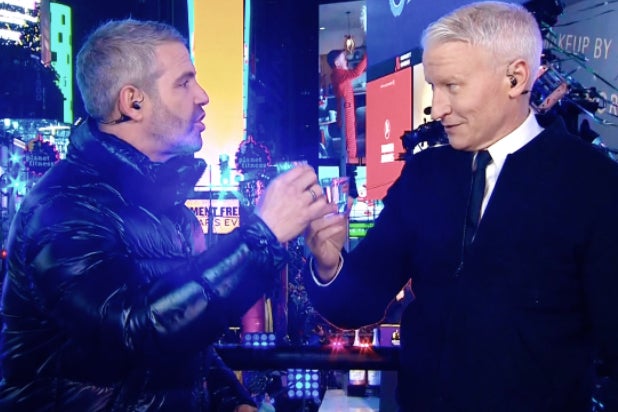 CNN will bring Anderson Cooper and Andy Cohen together for the fourth year in a row for “CNN New Year’s Eve,” where the two hosts will undoubtably fill the night reflecting on the insane year that was 2020. Unlike previous years, Cooper and Cohen won’t be surrounded by a crowd crush of people–you can thank the pandemic for that. But they still plan to broadcast their show live from the historic spot as they do every year.

Cooper and Cohen will carry the East Coast celebrations until 12:30am ET. Then they’ll hand the reigns over to CNN personalities Brooke Baldwin and Don Lemon, who will usher in the New Year for the Central Time Zone.

Those tuning in to share the celebration of saying goodbye to 2020 can share their New Years sentiments on Twitter using the hashtags #CNNNYE, and CNN may include them in their ticker during the broadcast.

CNN will have the livestream available on its homepage and on via the CNN app on iPhone and Android. You can also tune in via CNN.com/go, which lets you watch live tv on any device including Amazon Fire, Roku, Apple TV, Chromecast, and iPads.

The livestream will not be free — you’ll need a valid TV provider login to watch.

Despite the fact most people will be celebrating from their homes this year, there’s no shortage of New Years Eve celebrations to stream. Depending on what you’re in the mood for, ABC is offering Dick Clark’s Rockin’ New Years Eve with Ryan Seacrest, FOX’s “New Years Eve Toast & Roast 2021” hosted by Community stars Ken Jeong and Joel McHale, and Univision’s “¡Feliz 2021!” which will be broadcast from both Miami and New York.