Home » TV and Movies » Gruesome to glamorous! Big budget programmes to fill our screens in 2022 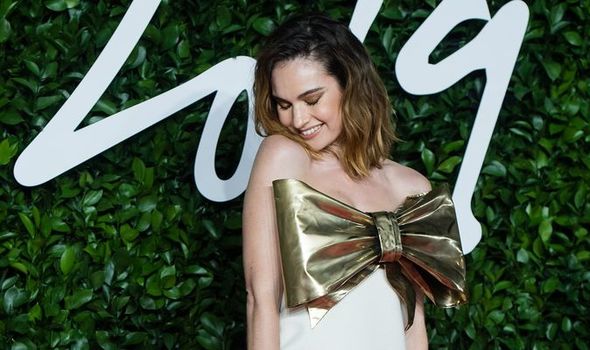 One of the year’s most eagerly awaited series is Pam & Tommy, the story of Pamela Anderson’s tempestuous marriage to rock star Tommy Lee. Lily James plays Canadian-born, former Baywatch star Pamela, with Sebastian Stan as Motley Crue drummer Tommy. The series, which comes to Disney+ in February, charts the iconic couple’s whirlwind courtship, and the scandal of their intimate honeymoon tape which was leaked by electrician Rand Gauthier (Seth Rogen), after Lee sacked him.

Closer to home, Anatomy Of A Scandal (Sky Atlantic) sees Sienna Miller as Sophie, whose 12-year marriage to high-flying Home Office minister James (Rupert Friend) is plunged into crisis when he has an affair with an aide who accuses him of rape.

The epic tale of the fictional gang, led by First World War vet Thomas Shelby (Cillian Murphy), reaches its brutal climax as the first air raid siren is heard in Birmingham in 1940.

The new Jack Reacher series arrives on Amazon in February. Based on the first of Lee Child’s series of best-sellers, it stars 6ft 2in actor Alan Ritchson as tough ex-military cop-turned-avenging angel Reacher.

Those looking for less violent drama may be intrigued by Inventing Anna (Netflix, February) inspired by Anna Delvey, AKA the “fake heiress” who convinced New York high society she was a wealthy German before she was jailed for stealing their money. Julia Garner plays Delvey with Veep’s Anna Chlumsky as investigative journalist.

In terms of vision, global appeal and revenue generation, Game Of Thrones was the most successful series in history. So get set for a game of clones. Sky will be showing HBO’s Thrones prequel House OfThe Dragon, and Amazon has spent $1billion on its Lord OfThe Rings series.

The year’s viewing wouldn’t be complete without the return of The Crown (Netflix). Season five in November will see Imelda Staunton as the Queen and Elizabeth Debicki as doomed Princess Diana. There is less time to wait for the second series of Regency romp Bridgerton, set to return in March.

Other 2022 thrills include series three of Ricky Gervais’s award-winning black comedy drama After Life (Netflix, Jan 14) and the fourth and final series of its Ozark.