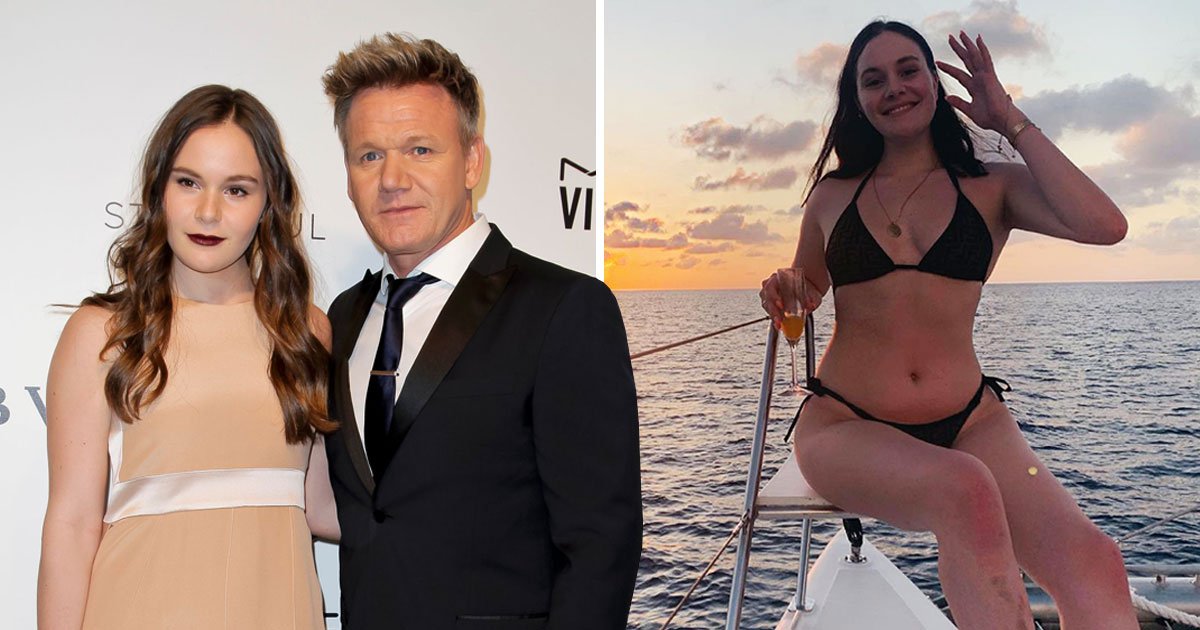 It was reported that the show had secured the 21-year-old as one of their top targets, but Holly has since poured cold water on the rumours.

The fashion student and model, who is the second eldest daughter of the celebrity chef and wife Tana, thanked fans for messages of support but denied that was set to appear on the dating show.

‘Thanks for all the lovely messages, but no, I’m definitely not appearing on Love Island,’ she wrote on her Instagram stories.

Her modelling profile states that she ‘has a passion for fashion, trying new styles and trends’ and has a ‘dream of getting her work on the runway.’

When approached by Metro.co.uk, a spokesperson for Love Island said: ‘At this point in time any names being linked to the show are purely speculative as no decisions have been made regarding the cast.’

Holly might not be starring, but preparations for this year’s Love Island are well underway.

The ITV2 show has reportedly signed up Chelsea party boy James Price – who has history with a Love Island favourite.

He could be joined by the son of boxer Nigel Benn on the show, who allegedly had video meetings with show bosses earlier this year.

It was initially rumoured that Love Island could take place in a UK location such as Jersey, Cornwall or Devon if travel abroad was not possible.

But it’s since been reported that Love Island is set to return to Spain this year, with added precautions and a ‘backup cast’ in place amid the ongoing coronavirus pandemic.

The new cast mates have yet to be confirmed by ITV, but Laura Whitmore will be back to host and husband Iain Stirling will provide the voiceover.

Love Island is also accepting applications from LGBTQ+ contestants for its upcoming 2021 series.

Love Island is set to return to ITV2 later this year.