Known for their hit HGTV series Flip or Flop Atlanta, Ken and Anita give other house flipping couples the chance to not only rehab properties using the Corsini’s Red Barn Homes resources but win $100,000 and a Red Barn franchise. And while the couple is well versed in what it takes to flip a house, they admitted Flipping Showdown was on an entirely different level.

The production company took care of finding the three teams of house flipping couples for the show. All three couples had house flipping experience and talent. 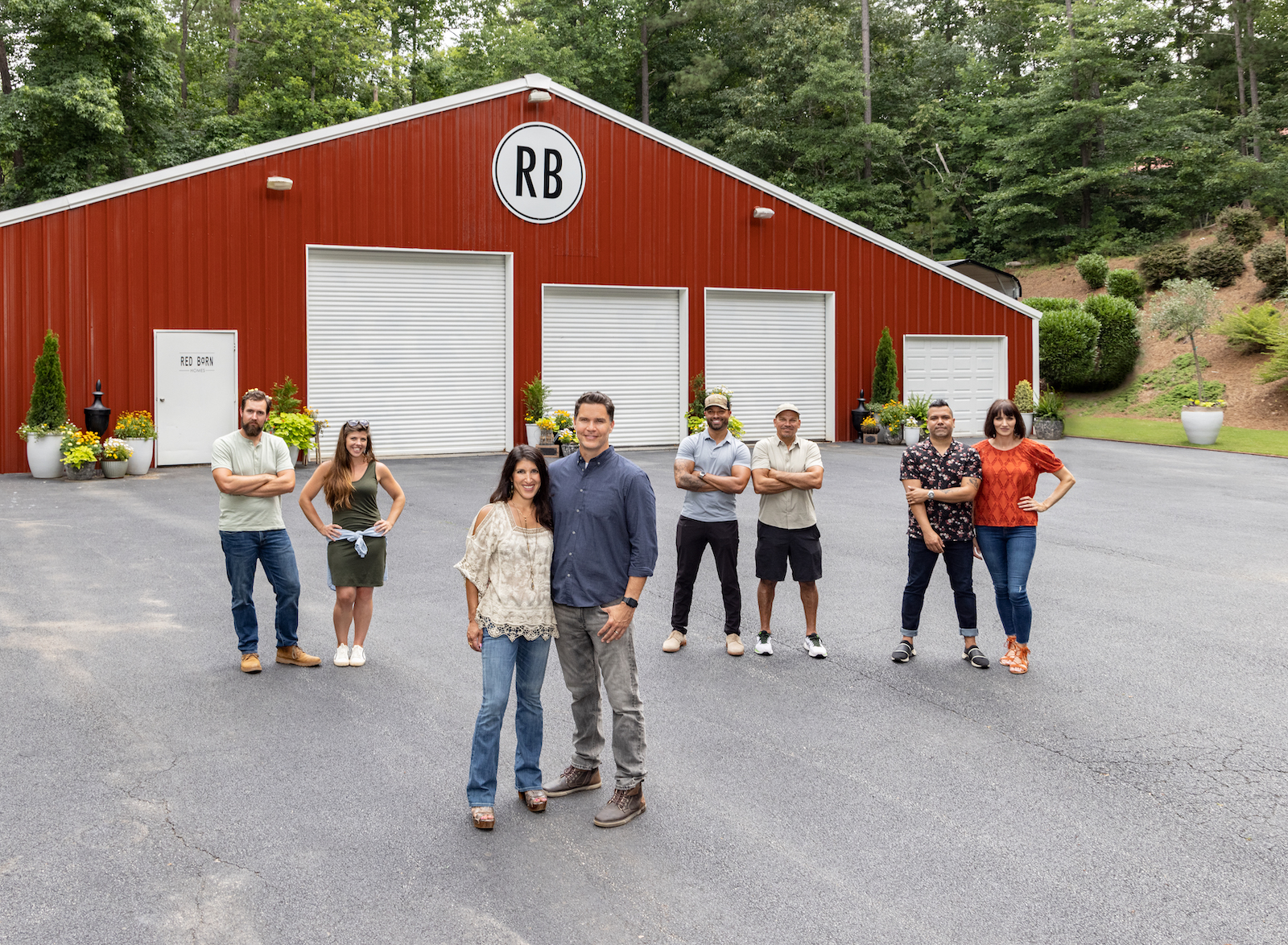 Ken reflected on what a wild ride it was not only for them but especially for the contestants. “It was fun,” he said. “I mean, it was a lot. It’s going to feel probably somewhat condensed even in the show. Because we’re cramming nine full renovations into six episodes. Now granted, there are longer episodes. Tonight’s 90 minutes, the middle of the series is 60 minutes.”

“But it’s so much transformation condensed into one season,” he said. “It’s just amazing. Everybody, especially the contestants are in a pressure cooker to try to get all these houses done within this given time frame. It honestly made it fun and probably made for really good television.” Adding, “It’s so jam-packed!”

Ken said most HGTV shows offer more of a deep dive when it comes to the actual transformation. So he thinks fans will be left wanting more of those details they usually see. “In this case, with the renovation, you’re going to see glimpses of it, bits and pieces of it,” he said.

“Obviously, you’re going to see the surprises, the gotchas,” he remarked. “The things that create some amount of stress and tension. But there’s just not enough time to see all the processes. These houses are going to get renovated quickly. And then there’s judging. And then there’s the big finale. Again, there’s just a lot, which honestly, I think makes the show a lot of fun too. Because that’s where the show is going to be different is that it just sort of feels like you’re buckling up for a rollercoaster ride.”

What’s one thing ‘Flipping Showdown’ contestants might miss in their design plan?

The Corsini’s are also funding the project, providing the renovation budget and materials too. This includes the nine homes for the show and budgets for each renovation challenge, that sometimes surpassed $90,000. “It truly was our budget,” Ken said. “It was our renovation dollars. So we wanted to make sure that we were mentoring them and putting them down a path to be successful. And so they were meeting with us regularly with their design plans and then checking in on them regularly.”

Anita recalled how some of the design plan meetings were especially helpful for the contestants. “When you start flipping small houses and you’re redesigning kitchens and whatnot, it’s really easy to forget to put a pantry in the house,” she dished.

“So when you’re redesigning that always comes into play,” she continued. “And it was just cute in the beginning, you know, they would bring up their designs and my first question was where’s the pantry? And they were like, ‘What do you mean? No, I don’t want to have to add in that 36 inches in my kitchen.’ I was like, Yeah, but I can’t sell this house without a pantry.”

New episodes of Flipping Showdown premiere Wednesdays at 9 pm ET/PT on HGTV and are available to stream the same day on discovery+.