There aren’t many recognizable faces in “Finding ‘Ohana,” Netflix’s adorably entertaining reimagining of “The Goonies” set in Hawaii. Though Chris Parnell and Marc Evan Jackson jazz up some very funny “Drunk History”-inspired scenes, the speaking roles include Branscombe Richmond, a veteran Hawaiian actor who played owner of the bar where Jason Segel sings his Dracula musical in “Forgetting Sarah Marshall.” There’s also Ke Huy Quan, harder to recognize since his 20-year retirement from acting, in a supporting role. Quan was a childhood hero for many Asian American kids, who first saw themselves onscreen in his performances in “Indiana Jones and the Temple of Doom” and of course, “The Goonies.”

One of those kids was Jude Weng, now a prolific director on beloved TV comedies “Crazy Ex-Girlfriend,” “The Good Place,” and “Fresh Off the Boat,” making her splashy feature debut with “Finding ‘Ohana.” (The film reached the top spot in Netflix’s top ten the weekend in debuted.) She calls Quan’s casting “total serendipity,” brought about by sheer Hollywood luck. Running into an old friend in an ice cream shop, she was excited to share that she was directing her first film, which she said was “like ‘The Goonies,’ but in Hawaii.”

“And from across the room, I hear a very familiar voice say, ‘Did somebody say “Goonies”?’ And I turned around and it’s Ke Quan,” she said. “I don’t know him. I only know him from the movie, but he kind of looked the same. His voice has not changed. And my kids look absolutely gobsmacked.”

She discovered the he had retired from acting over 20 years ago and had been working as a stunt coordinator in Hong Kong. She immediately asked screenwriter Christina Strain if she could write a part for him, who was “beyond thrilled because Data and Ke Quan was such a huge inspiration for her too.”

Quan’s presence is not just a fun little nod to “The Goonies,” but a reminder of just how important representation can be. “You should have seen the faces on our local crew when Ke Quan showed up on set,” Weng said. “He was an absolute star. Crew members were walking up to him with tears in their eyes, telling him how much they meant to him growing up as an Asian Pacific Islander and seeing that representation. So it was just a really profound moment and reminding all of us how representation matters so much.”

Weng had full support from Netflix to cast Hawaiian actors in all the Hawaiian roles, no matter how unknown or inexperienced. She credits casting director Leslie Woo, who mentioned the two leads in her very first interview, for being unfazed by the task. Woo found both Kea Peahu and Alex Aiono on Instagram, where they had garnered followings as a dancer and singer/YouTuber, respectively.

“Finding ‘Ohana” begins with two New York kids, tomboy skateboarder Pili (Peahu) and her dopey big brother Ioane (Aiono), traveling with their mom Leilani (Kelly Hu) to visit their grandfather Kimo (Branscombe Richmond) in Hawaii. When Pili, an avid geocacher back in New York, finds a secret journal promising hidden treasure, she sets out on an adventure that takes her deep into the heart of sacred volcanic caves. She’s joined by her new friend Casper (Owen Vaccaro), a white kid who grew up in Hawaii. Ioane is loathe to chase after her, but the prospect becomes intriguing when he’s joined by crush-worthy local Hana (Lindsay Watson).

The dialogue toggles between English, Hawaiian, and Pidgin, and the script communicates a lot with each casual yet significant moment of code-switching. The transitions bring greater depth to an emotional reconciliation scene, for example, or when Caspar understands more Hawaiian than Pili, or Ioane is taken to task by Hana for shortening his name to the Americanized “E.”

Those little pangs of displaced identity were personal to Weng, who thought she was fully Chinese-American until a DNA test revealed she had Polynesian blood. “I started to think, what does it mean for me to not have been raised without any Polynesian culture or values? How can I begin to connect what’s in my blood?,” she said. “For me, that’s the central thesis of the movie. How can these two kids who are Hawaiian by blood, and they’re more New Yorkers than anything, how can they begin to learn and connect with their Hawaiian culture and heritage? They haven’t been raised in it.”

She added, “What I’m really hoping viewers come away with when they watch the film is that it’s actually never too late to explore what is actually in their blood and the joy and the richness it can bring into your life by trying to understand it.” 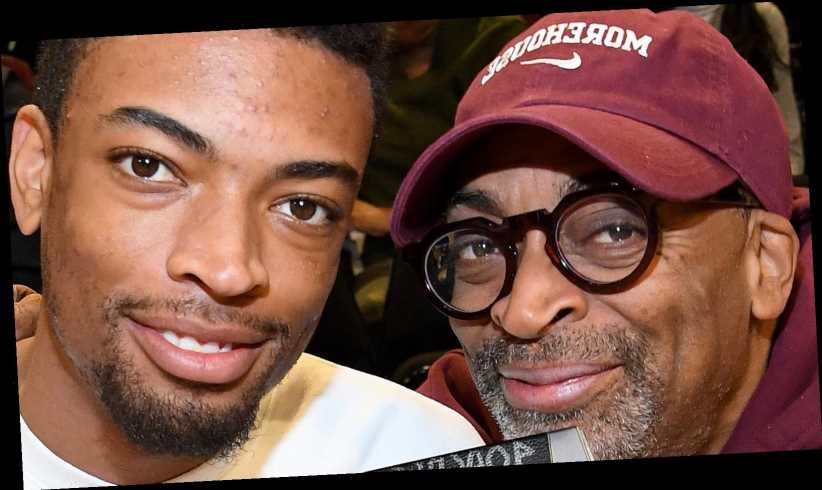