Moira (played by Natalie J Robb) hasn’t had a relationship with an Emmerdale villager since her husband Cain (Jeff Hordley) discovered she’d cheated on him with his long-lost son, Nate Robinson (Jurell Carter). Since then, neither has embarked on a new romance as they’ve come to terms with their estrangement and dealing with shared custody of their young son, Isaac Dingle (Elias Walker). However, recent scenes on the ITV soap have seen the father begin a feud with a newcomer, but could they rile him even further by turning their attentions to his wife?

After the village bad boy accidentally shot son Nate, the authorities began an investigation to discover what exactly happened.

DI Malone (Mark Womack) was the officer in charge of the case, but after questioning the owner of the firearm Will Taylor (Dean Andrews), it became clear he wasn’t legit.

Having a murky and criminal history, the newcomer recruited his former gang member and upcoming scenes will see him turn the tables on Cain to ensure he completes his dodgy deeds.

This is the beginning of a new feud between the two men, but will the corrupt detective set his sights on Moira and start an affair with his enemy’s estranged wife? 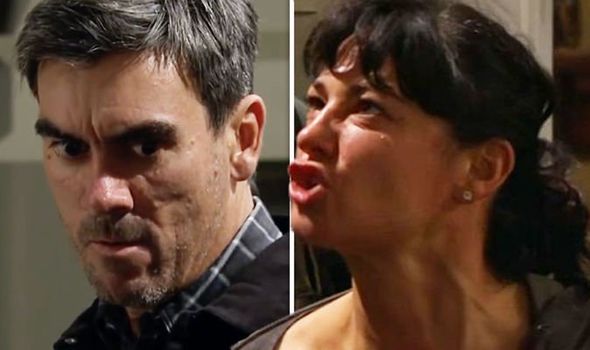 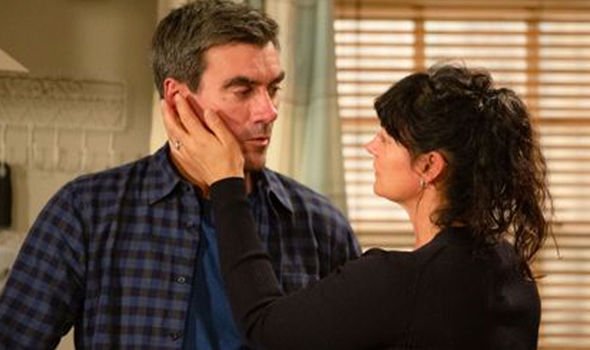 DI Malone has already set up a connection with Moira after killing one of her bulls as a warning sign to Cain to demonstrate the corrupt officer’s hold over him.

The village bad boy will begin to plan revenge on the criminal in hopes of getting him out the Dales once and for all.

This could become more deadly if he were to discover his estranged wife and new enemy were actually sleeping with one another.

It wouldn’t be the first time the farm owner has given into lust, having had several lovers’ during her time on the soap. 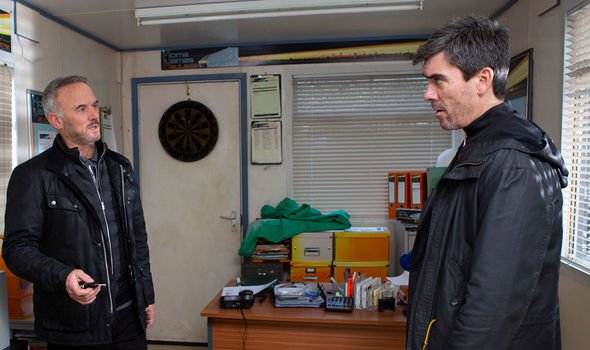 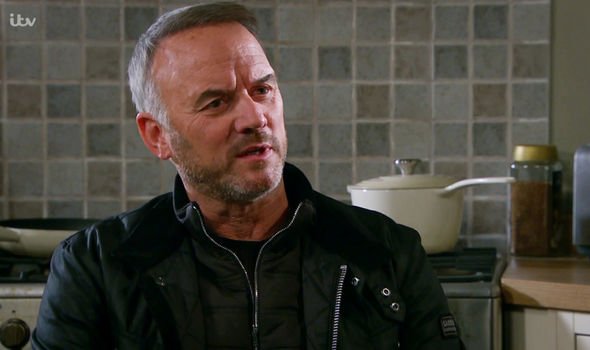 If she were to embark on an affair with the newcomer, could she be in real danger of becoming a pawn in his law-bending game?

Could DI Malone go as far as to threaten Cain he will kill Moira if he dare defy his orders, giving the village bad boy no option but to continue carrying out his dodgy deeds?

He has never killed anyone before, but the father-of-three could commit murder for the first time to save his estranged wife and get rid of the corrupt officer.

Some viewers of the soap have theorised a new love story for the mother-of-four could be on the horizon.

A new fella for Moira?

Taking to Twitter, one wrote: “I assume Cain will win in the end against bent copper #Malone, also a new fella for Moira? @emmerdale #Emmerdale @Merseymouth.”

Another posted on the social media platform: “#Emmerdale how many weeks before Moira ends up on her back with new copper.”

Whilst a third commented: “That copper better watch it Moira will be drag him to the barn and be all over him #emmerdale.”

Whatever comes of a possible romance between the newcomer and Moira, Cain will go head-to-head with DI Malone regardless.

Cain star Jeff, 50, recently spoke out about his character’s new feud with the criminal gang leader and what viewers should watch out for.

The actor told Inside Soap: “He’s finally met his match! It’s great to have somebody to bounce off because Cain has not been in situations like this for a while.

“Cain has come across people like DI Malone before, so he’s experienced with this kind of individual.

“Each time he thinks he’s getting rid of Malone, Malone comes back at him,” he explained, so could an affair with Moira be part of the newcomer’s plan to bring down the village bad boy?