Mackenzie (played by Lawrence Robb) has been a character on Emmerdale for six months now, having been introduced last year as the estranged younger brother of established resident Moira Barton (Natalie J Robb). Since then, there have been hints he could’ve had an affair with several villagers but there might be one particular person who he has been secretly pining over since he arrived. And with Aaron Dingle (Danny Miller) currently single, it seems the troublesome pair could be falling into each other’s arms sooner rather than later on the ITV soap.

The two men have shared some scenes together recently, what with Mackenzie trying to get Aaron involved in one of his criminal schemes.

Next week will see the pair agree to work together after they go after loan shark Connor (Danny Cunningham), however, things don’t go to plan.

It seems Moira’s brother is determined to get the Dingle heartthrob put behind bars but if he jumps in to save Aaron from jail, it might be because he has developed feelings for him.

Fans have been speculating wildly about a possible affair between the two men but the actor who plays Mackenzie, Lawrence, has dropped a big hint about a love story for his mischievous alter-ego.

“[Mackenzie’s relationship with Aaron builds more. I think a lot of people are rooting for Aaron and Mackenzie to be together,” the soap star said. 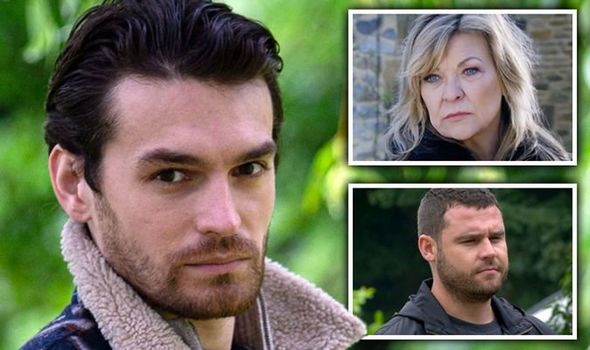 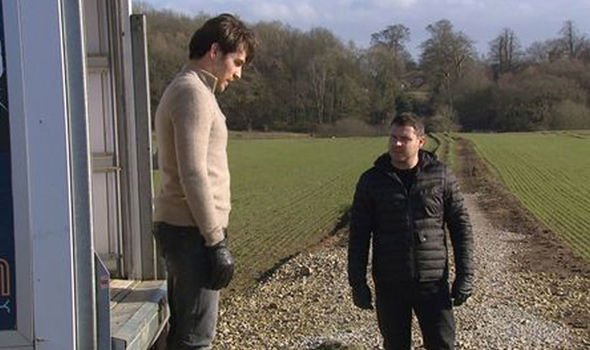 “I’m not going to divulge any more into that,” he added and although he didn’t confirm a relationship for the pair, he explained the characters will be featuring in more scenes together.

“[Aaron and Mackenzie] do get up to serious elements of no good in the coming months, which is really good fun.

“I’m loving the dynamic and the energy that Danny [Miller] and I have. We make each other laugh on set, which can often be detrimental to the work, but we’ll get into that another time,” he told Metro.co.uk.

So having had several failed romances over the last couple of years, will Aaron finally find the man of his dreams in Mackenzie? 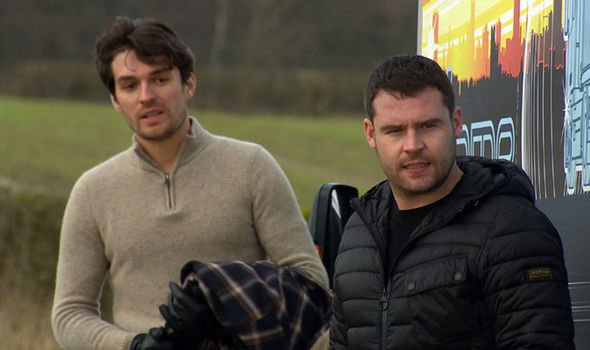 Not going to divulge any more

Not long ago, Aaron filed for divorce from his ex-husband Robert Sugden (Ryan Hawley), who is still serving a sentence for killing rapist Lee Posner (Kris Mochrie).

With the pair split, the Dingle heartthrob then tried to pursue a romance with newcomer Ben Tucker (Simon Lennon).

This was someone from Aaron’s past as he had bullied his love interest when they were in school together for being gay.

Although there was some animosity between them, they managed to build on the spark between them before going their separate ways. 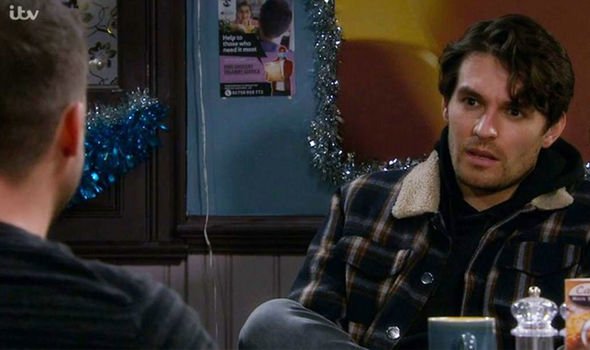 It’s not been officially confirmed whether Ben is completely out of the picture but if he’s not, could he put up a fight for Aaron?

This could mean he will go head-to-head with Mackenzie in order to win back the Dingle heartthrob though things could turn dangerous.

Known for being mischievous and for using underhand tactics to get what he wants, the troublemaker could do everything in his power to keep Aaron within his grasp.

Taking to Twitter, viewers are interested to see if the dynamic between both men could lead to something more.

One viewer wrote on the social media platform: “Imagine Cain [Dingle’s] reaction if Aaron and Mackenzie got together #Emmerdale.”

“I would actually rather Aaron get with Luke [Posner] or Mackenzie than I would Ben. Ben, I find boring #Emmerdale,” a fourth remarked.

A fifth shared: “I confess I love Mackenzie, and his scenes with Aaron are loaded with chemistry #Emmerdale.”