The schoolgirl has been living in terror for weeks after being target by cruel online trolls. 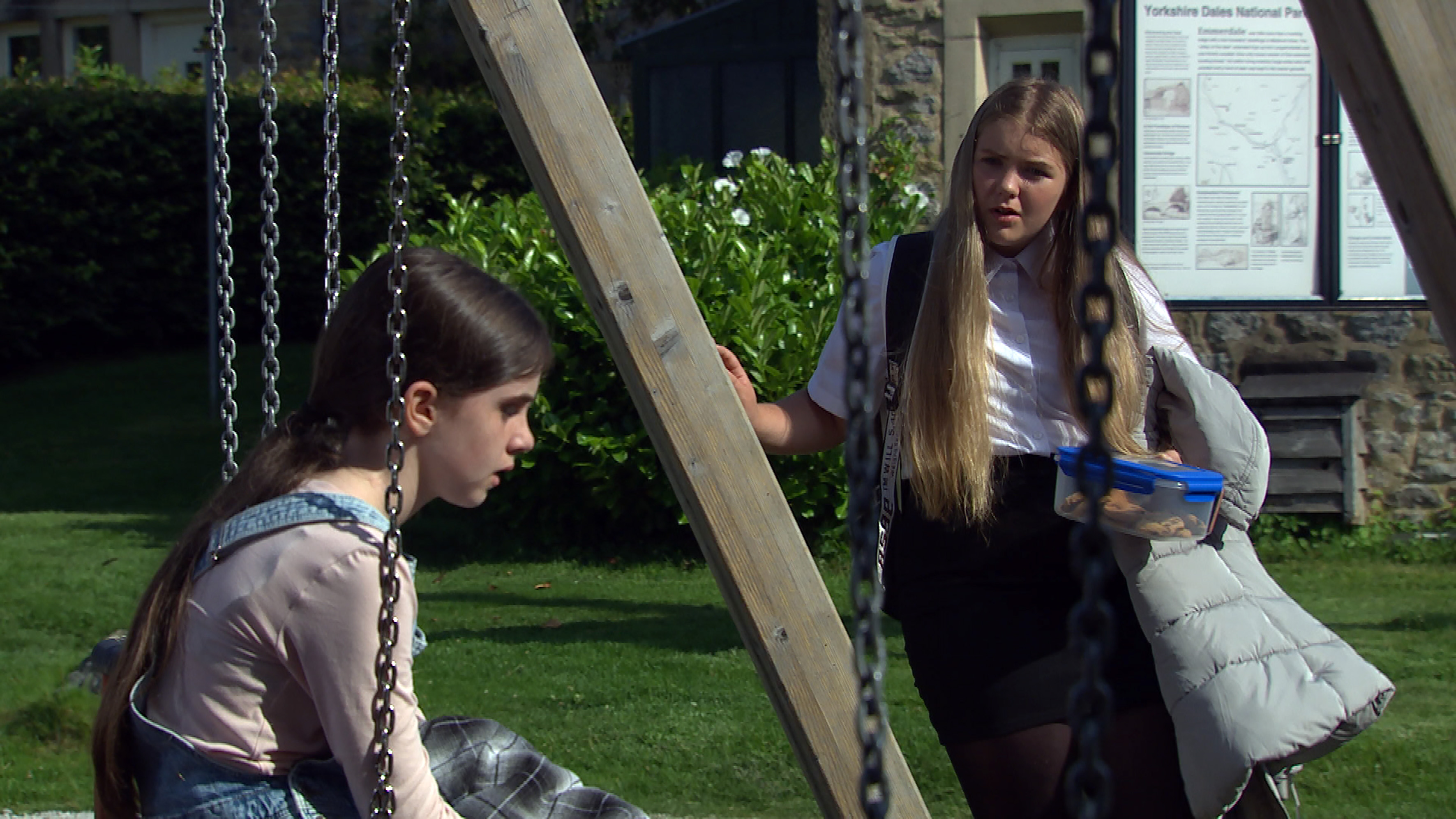 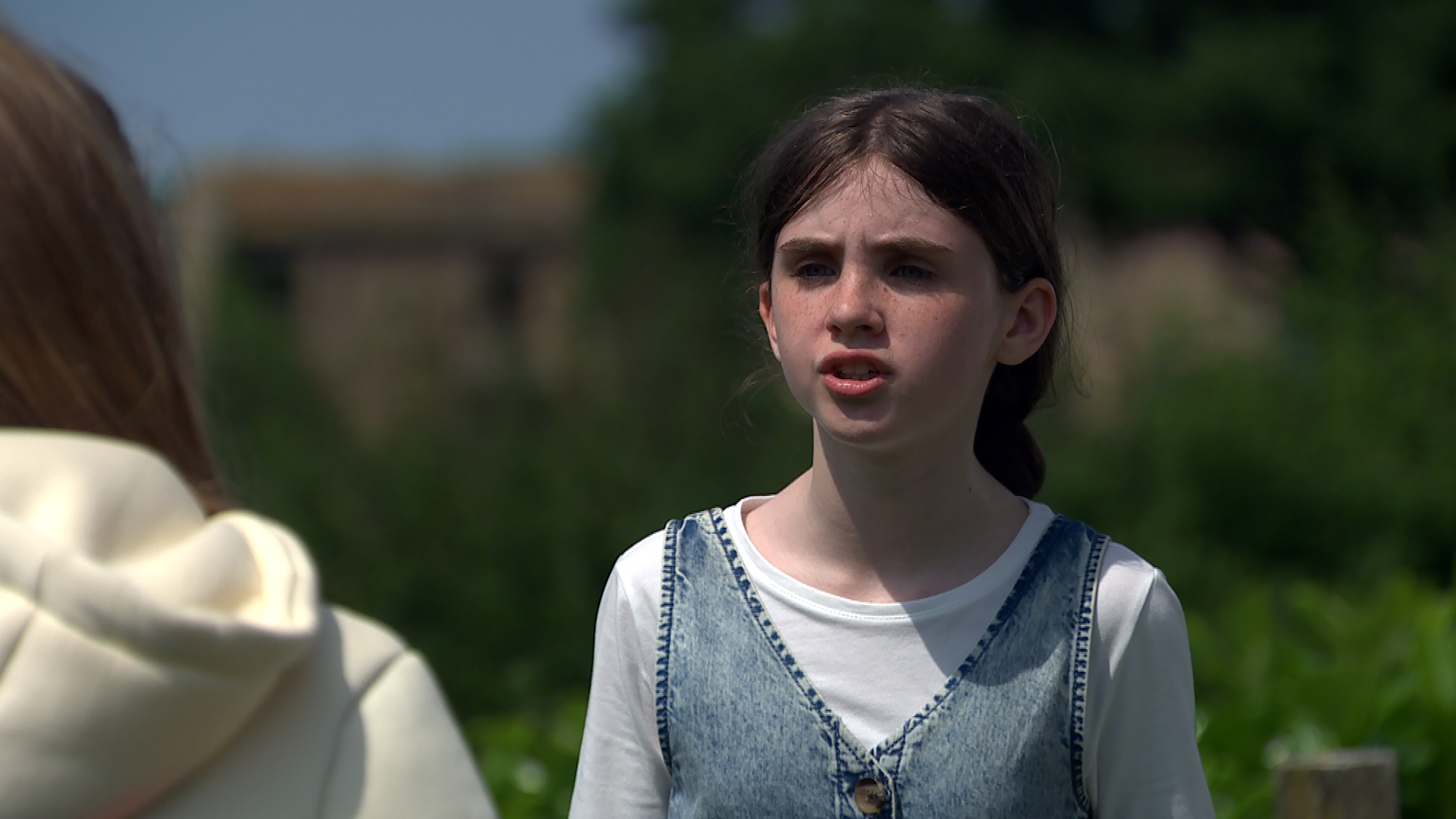 ​​It was revealed to viewers last month that April’s bully is in fact her neighbour Cathy, but April still remains in the dark about her tormerntor’s identity.

Next week’s episodes of Emmerdale will see Cathy comfort April as she despairs over the trolling.

April tells her to stay away before she becomes a target too and rushes off, leaving Cathy battling a guilty conscience.

The following day, Cathy comes clean and confesses everything to April.

April rushes home and tells Rhona, who vows to get revenge against Cathy.

Meanwhile, Heath rushes in and tells Bob and Brenda that Cathy has gone missing overnight.

Rhona manages to find Cathy and grabs the youngster as she tries to run away.

Brenda arrives on the scene and steps in when she sees Rhona using force against Cathy.

Rhona ends up elbowing Brenda in the face, but the fight doesn’t stop there and, in a shock turn of events, Rhona shoves Brenda and watches as she falls roughly to the floor.

The following day Marlon and Bob try to make peace but it’s clear there’s an irreparable rift in their family. 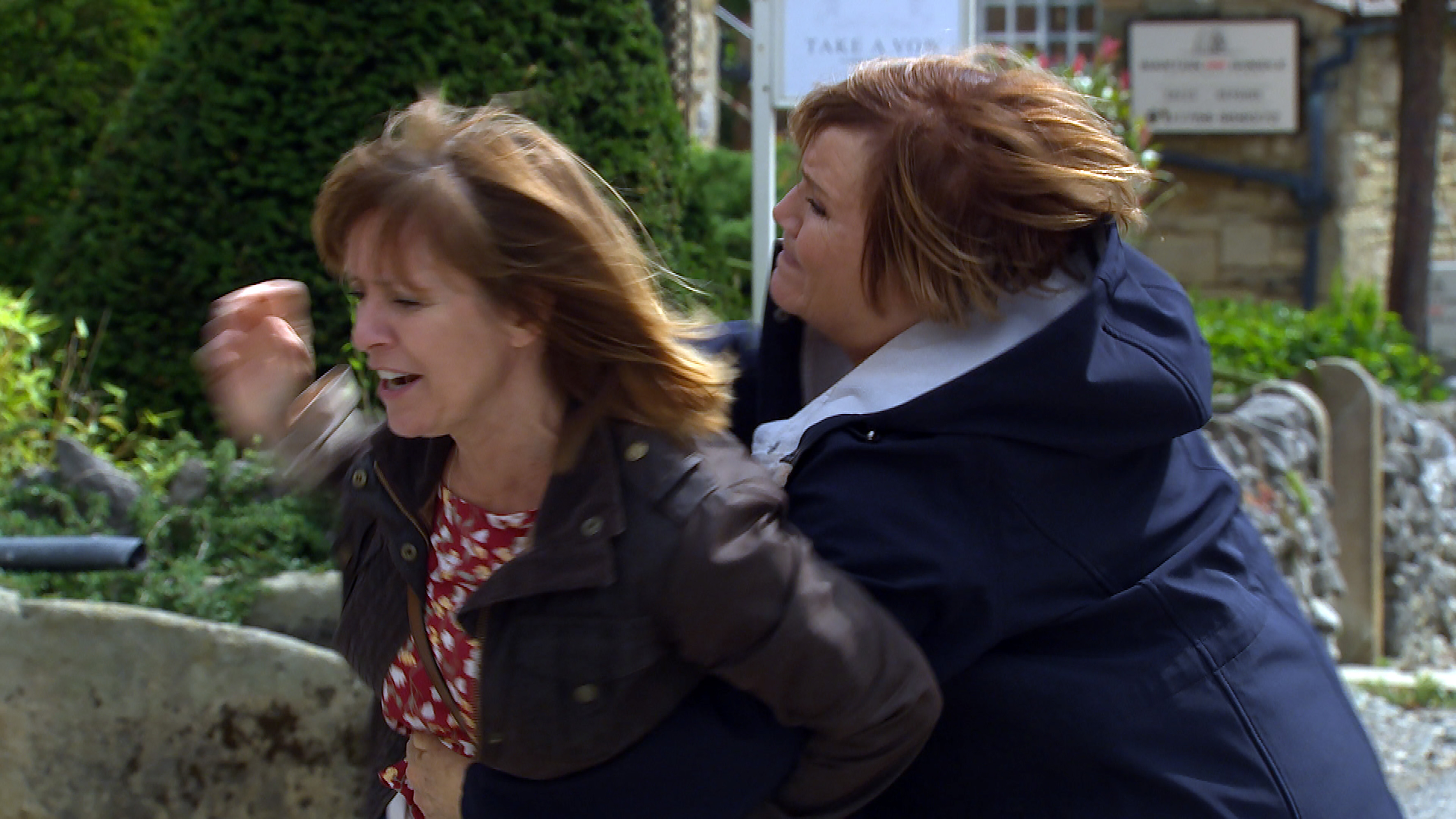