Last week, Emmerdale fans saw Gabby Thomas (played by Rosie Bentham) make a move on Jamie Tate (Alexander Lincoln) and despite being romantically interested in Dawn Taylor (Olivia Bromley), the village vet slept with the impressionable young woman. Now, official soap spoilers have revealed Gabby will find herself staring at a positive pregnancy test. Express.co.uk spoke to the actresses who play Gabby and Kim Tate (Claire King) about this storyline and how a baby is going to change everything for the Tate’s. And the conversation turned to who would be Gabby’s support; with Laurel Thomas (Charlotte Bellamy) dealing with her own grief after she terminated her baby last month, will Gabby need her biological mother, Bernice Blackstock (Samantha Giles) to return from Australia?

With her mind consumed with thoughts, she is potentially going to be a mother, Gabby tries to hide her emotions from Laurel, determined not to give her any more to worry about, wanting her to focus on her recovery instead.

Realising she needs to speak to Jamie, she heads to the HOP and when she asks him for a moment of his time, he cruelly shuts her down.

Instead, he makes it clear; their one-night stand was a drunken mistake and he advises her to forget it even happened.

Devastated by Jamie’s rejection, Gabby is left with her own thoughts and the next day, she admits to Laurel she might be pregnant.

Laurel instantly suggests Gabby takes a pregnancy test and as they wait for the result, Gabby is full of shame. 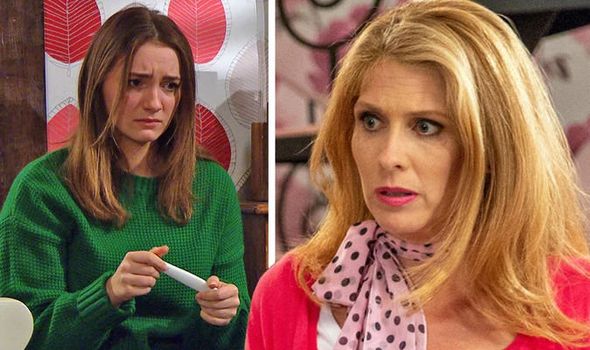 The test is positive and her stepmother tries to reassure Gabby she and the father can bring a child happily into the world, but Gabby refuses to identify the man she slept with.

Laurel understands Gabby’s choice but tells her the father has a right to know, and she heads to the vets but is shocked when she overhears Jamie disclosing his feelings for Dawn to Paddy Kirk (Dominic Brunt).

As Gabby approaches, she is left in two minds whether to tell the father of one he is about to have another child.

Speaking about the storyline, Rosie, who plays Gabby spoke about whether her character is going to keep the baby: “She battles with it [the choice], it goes up and down.

“But when she gets a good response from Kim – whatever Kim’s intentions might be about the baby, about whether it’s just joining her little empire – Gabby feels so supported by her. 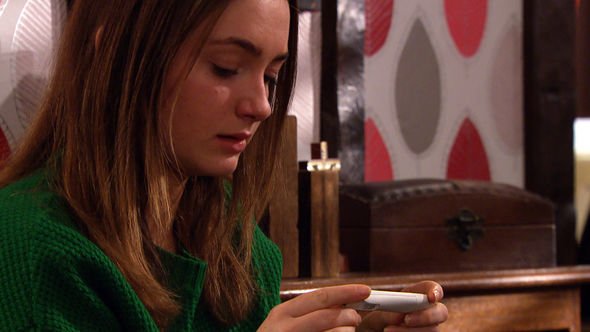 “She’s [also] enticed, by Kim, Kim buys her all these presents for the baby [and all of this sways Gabby]. She’s like ‘great, I’m having it then’.

“And she tells her family and her family still don’t know who the father is and then it’s revealed who [Jamie] and then a showdown happens.”

Gabby’s worries about proceeding with the pregnancy until full term stems from her own upbringing and relationship with Bernice.

“It wasn’t the best upbringing [Gabby had]” and this encourages her to be a better parent to her child: “‘Maybe I could prove that I’m going to be a better mum than my mum [Bernice]’ because she didn’t have a good job and she neglected her child,” the actress added.

As for what Jamie’s reaction to the news is going to be: “She knows it’s not going to be good. He’s rejected [Gabby] so many times and has been very clear about it being a one night stand. 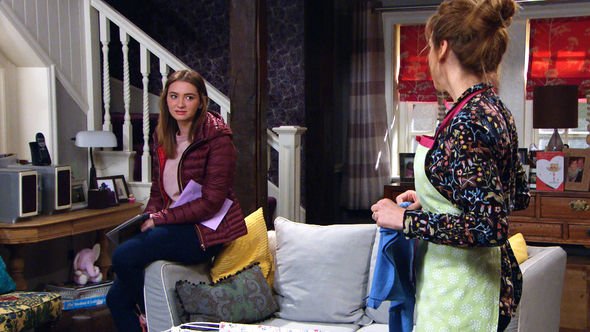 “She’s hoping it’s not going to be a bad reaction, but it is, it is a bad reaction. But then she’s got the support of Kim and that’s what matters to her.”

When asked whether carrying Jamie’s baby could drive a wedge between him and Dawn, Rosie continued to explain: “She tells Jamie after seeing them [Dawn and Jamie] and she’s hoping that Jamie will support her and say he doesn’t want Dawn.

“That’s not the way it goes, but her motive is to split up Dawn and Jamie.”

Claire then spoke about the storyline from Kim’s perspective and said “Kim knows exactly what she’s doing” in terms of taking Gabby and the baby in with her at Home Farm, where Jamie also lives. 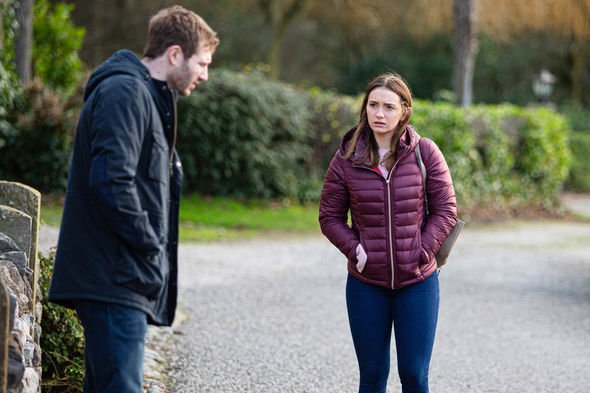 “It has to be all sorted with Laurel as well because she’s her mum – for the moment.

“So she’s just trying to support Gabby and make sure she does the right thing which is whatever Kim wants!” The actress remarked.

“She [Kim] has to pull the strings to make Gabby do the things she wants, she’s there for her, she listens to her, she bites her tongue, gives her the chance to move in, decorate her bedroom, have friends round – whatever she wants.

“She [Kim] buys her [Gabby] a new pram and everything for the future,” Claire added.

While Laurel may be okay with Gabby moving out and bonding with her unborn child’s future grandmother, what about Bernice? 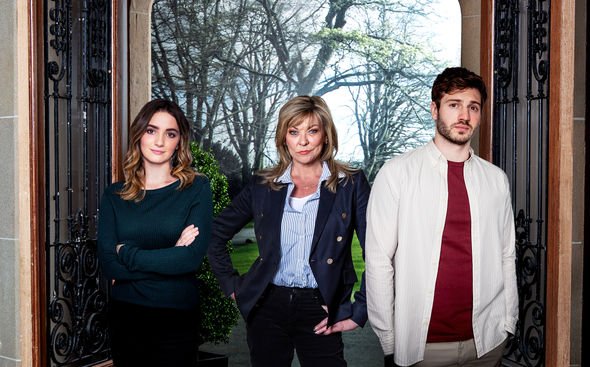 The actress decided she wanted to pursue other opportunities outside acting and the writers of Emmerdale sent Bernice to Australia to be with her other daughter, Dee Dee.

Her engagement to Dr Liam Cavanagh (Johnny McPherson) was then broken off and with no reason to return, she then sold her salon to Mandy Dingle (Lisa Riley) and there has been no mention of her since.

But Gabby now expecting a child, will someone reach out and tell Bernice the news? 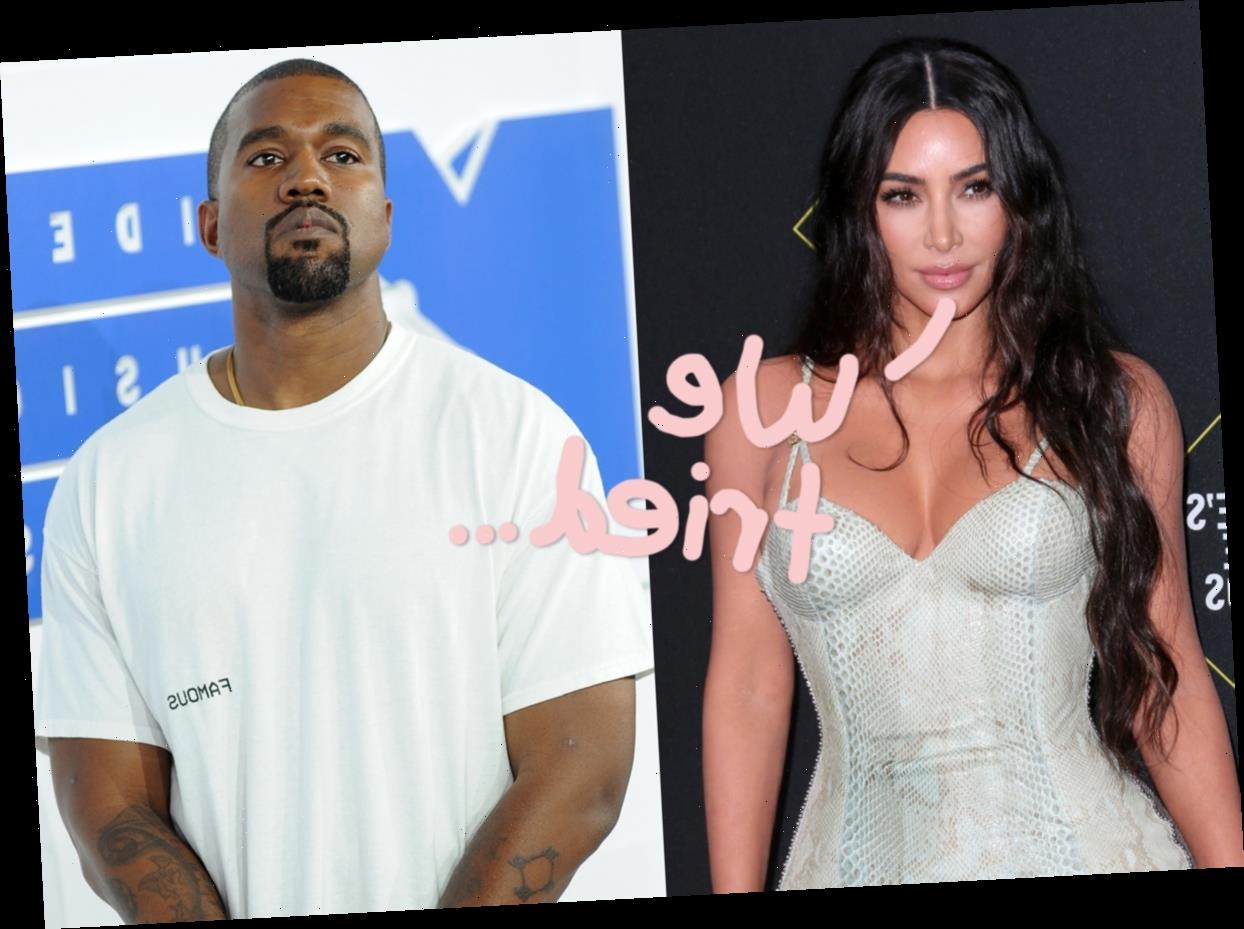 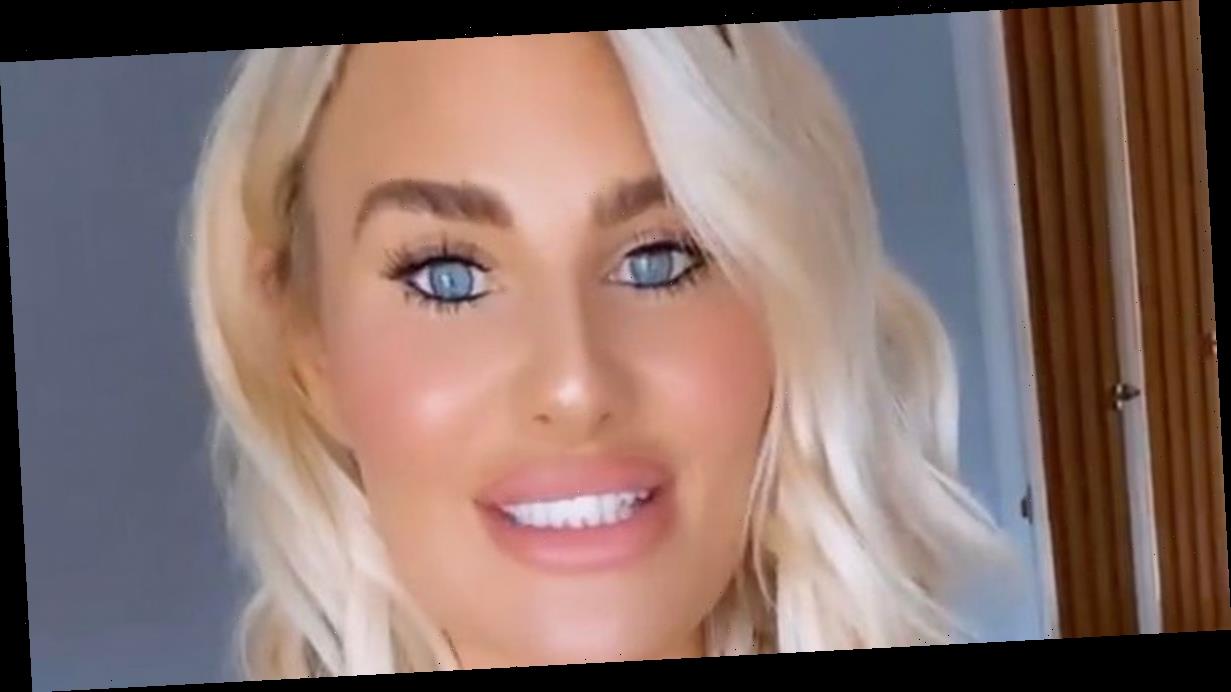 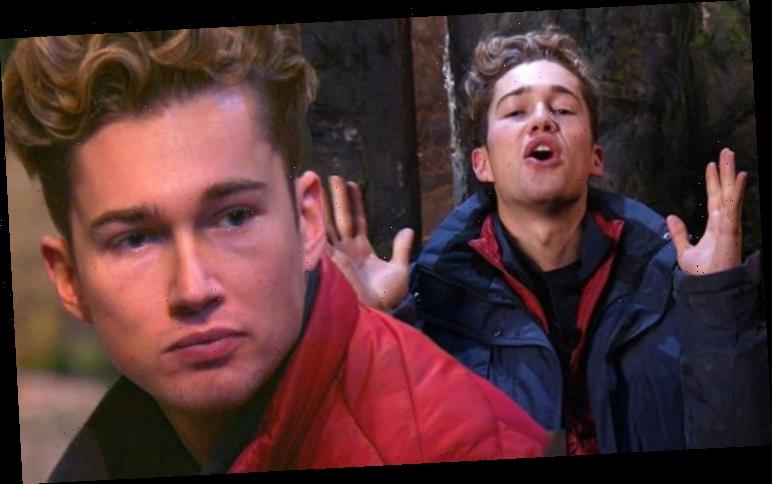