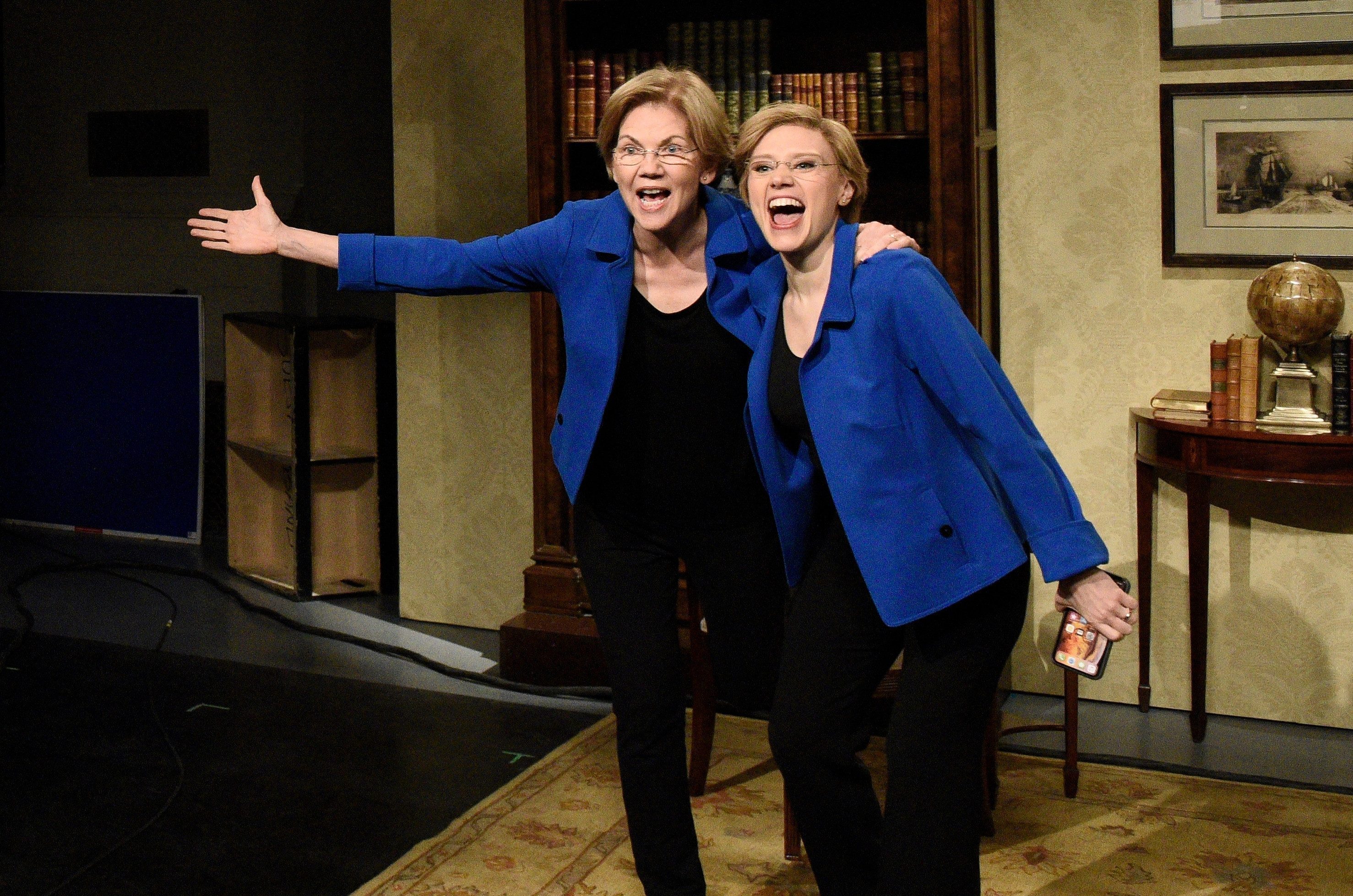 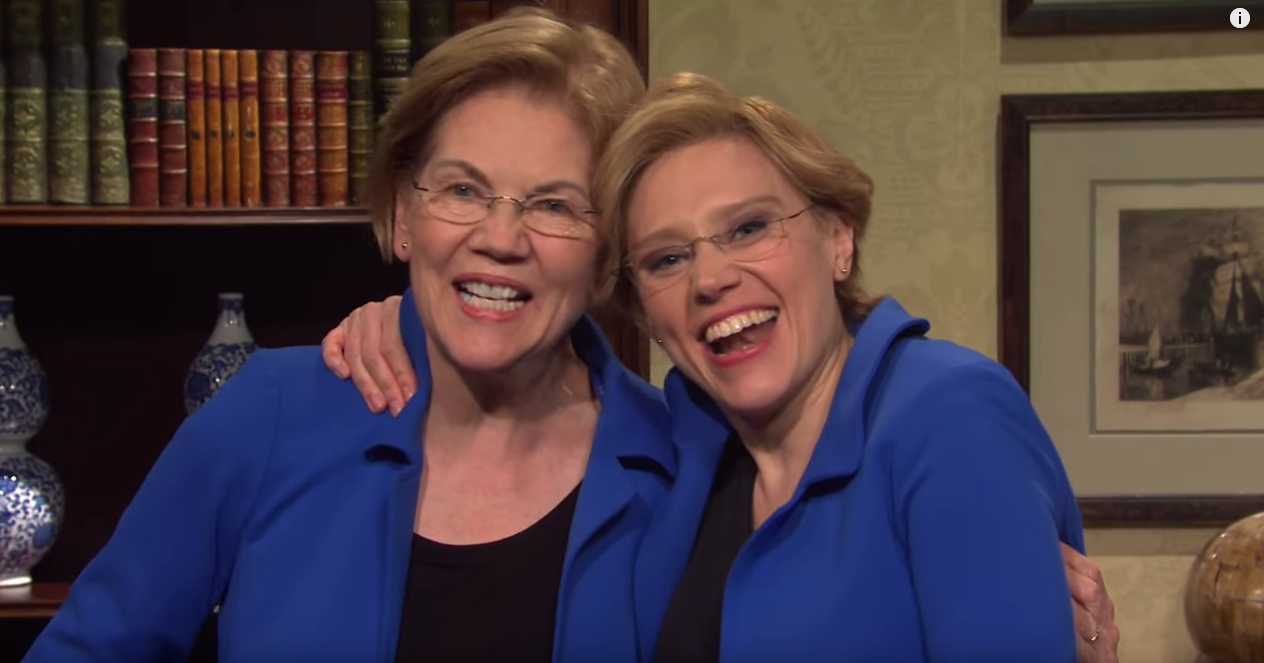 She told Kate McKinnon who was dressed in the same outfit: "I'm not dead, I'm just in the senate." 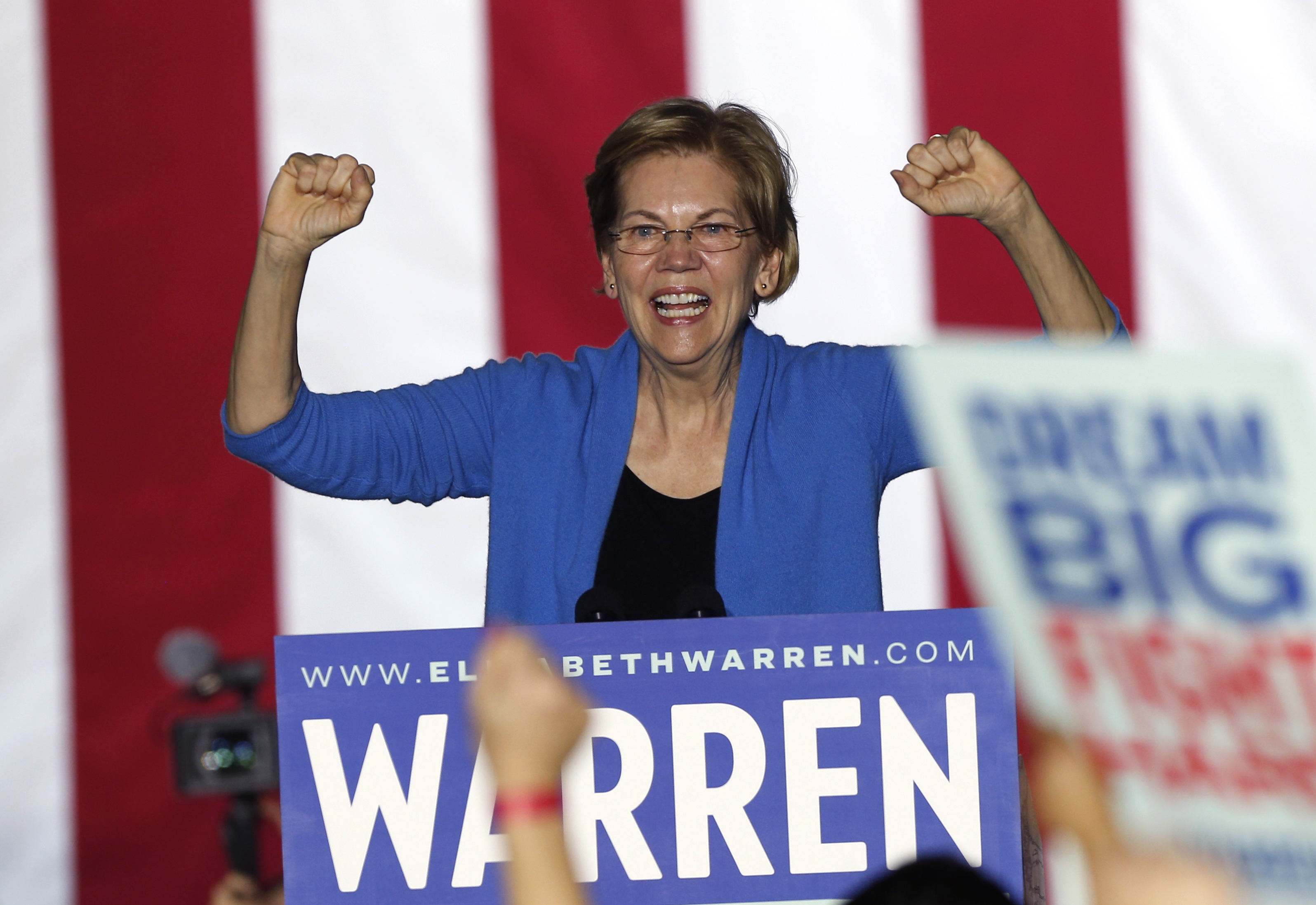 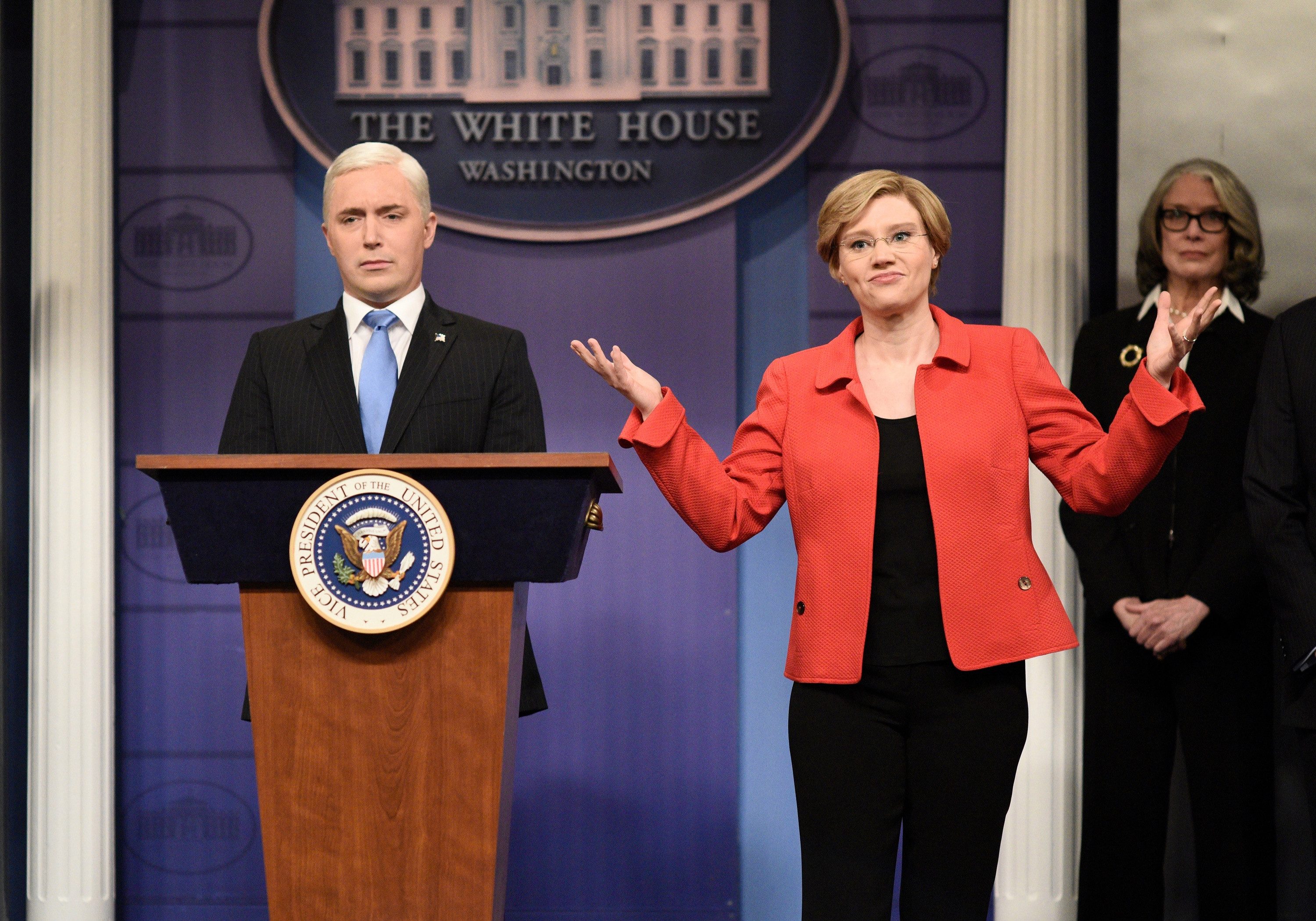 Her appearance follows her dropping out of the 2020 Democratic presidential race.

The two ended the sketch with the show's famous opening: "Live from New York, It's Saturday Night."

"Most notably, not only did I not accept money from billionaires, I got to give one a swirly on live TV." 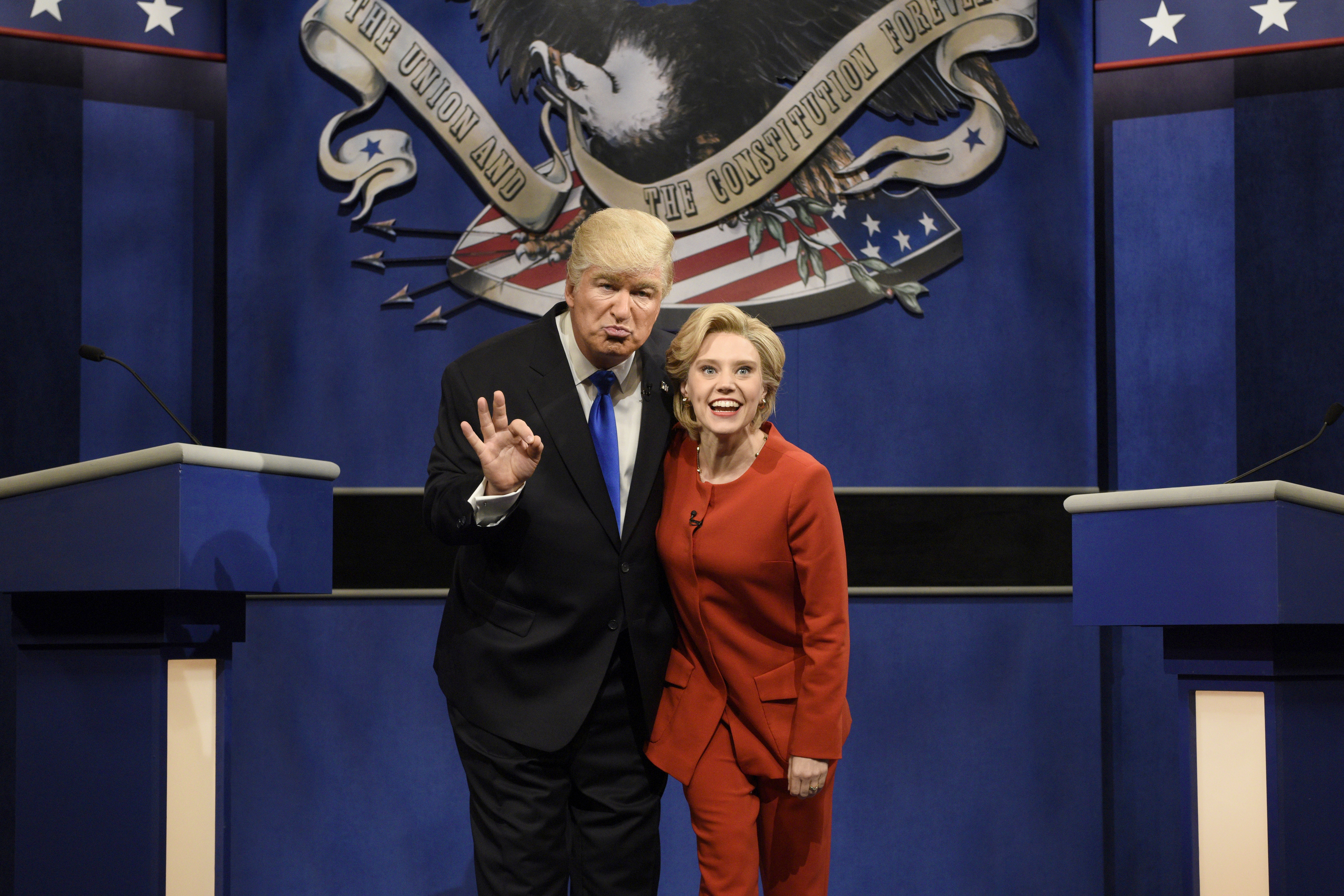 Kate and Senator Warren also posted a backstage video of the two dancing together in their matching blue jackets.

And fans on social media seemed to love the performing pair.

Another added: "Loved this! Kate McKinnon and Elizabeth Warren's cold open was perfection."I'm not DEAD. I'm just in the Senate." 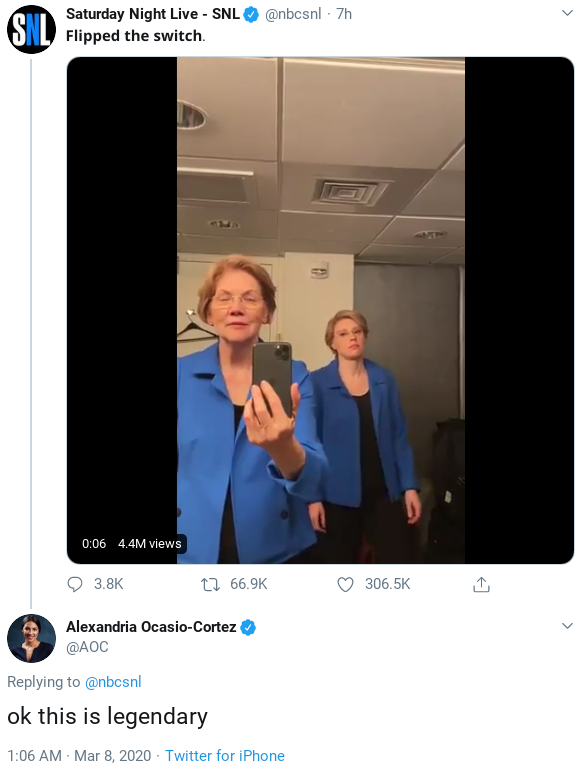 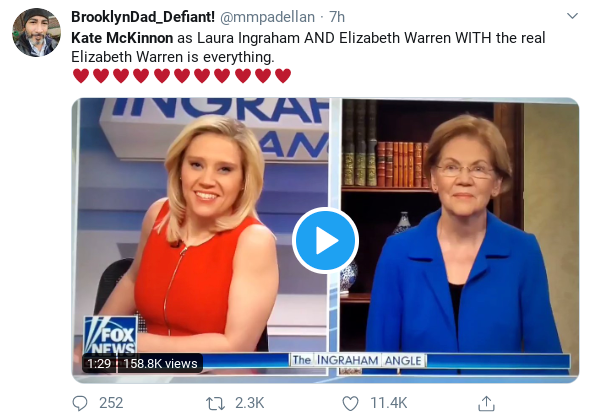 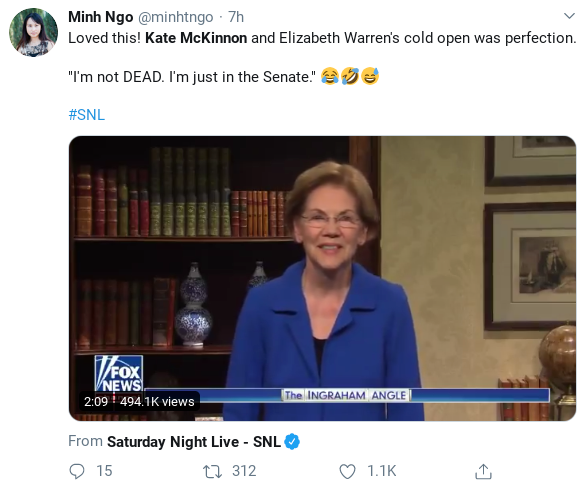 One social media user said: "I might not agree politically, but DAMN it this didn’t make me laugh! Kate McKinnon is too hilarious with her impressions."

Others chimed in: "This is ah-mazing! I [love] @ewarren & Kate McKinnon. And I’ll never hear this song the same way again…"

Another follower said: "America, I still can’t believe you said no to 8 years of watching Kate McKinnon play @ewarren on SNL.

"Guess I’ll just have to watch this clip with the real Elizabeth Warren on repeat forever!" 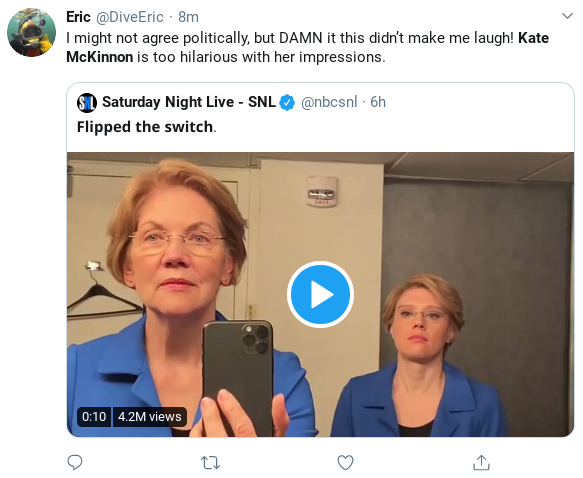 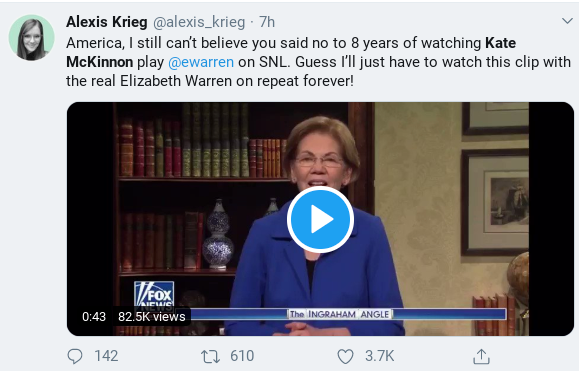