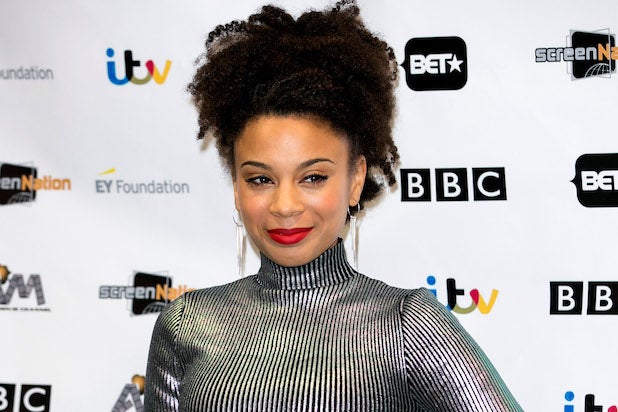 Eleanor Fanyinka has been cast in a leading role on ABC’s pilot “Epic,” marking the first actor to sign on to the project from “Once Upon a Time” creators Adam Horowitz and Edward Kitsis.

The potential show is described as “a romantic anthology series that reinvents fairy tales for a new audience.” Fanyinka has joined the pilot in the role of The Seer, a mysterious and playful figure who can lead you down the path of true love.

The project is being produced by ABC Signature.

Fanyinka is best known for her leading role on BBC’s “Holby City” and recurring parts on the British series “Endeavour and Midsomer Murders,” “Pure,” “Shakespeare and Hathaway” and “Death In Paradise.”

She is repped by Stephanie Moy at Elevate Entertainment, Lorna Fallowfield at United Agents in the UK and Daniel Passman at Gang, Tyre, Ramer, Brown & Passman, Inc.