EastEnders residents are still reeling after the tragic boat accident which saw Dennis Mitchell (played by Bleu Landau) killed. However, Jay Brown (Jamie Borthwick) is determined to bring some happiness to Walford with an impending wedding, but will Lola Pearce (Danielle Harold) say yes?

BBC One viewers have seen Jay and Lola’s relationship go from strength to strength in the last few months.

More recently, the couple were rocked when they discovered Lola was pregnant, which they were sceptical at first, Jay became very excited with the prospect of becoming a father.

However, Lola was battling with her own conscience, struggling to come to terms with Lexi’s father’s Ben Mitchell’s (Max Bowden) health diagnosis, thinking it wasn’t the best time to be bringing a baby into the world.

Airing her concerns to Jay, he wasn’t initially best pleased but vowed to support Lola with whatever decision she makes. 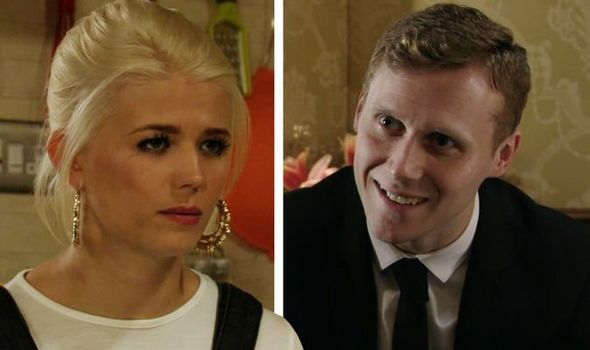 She also explained how their relatively new relationship wasn’t the most stable for a growing family.

Therefore, Jay believes the next step would be marriage, but is Lola on the same page?

In upcoming scenes, Jay is going to go engagement ring shopping and after purchasing the perfect ring, he can’t wait to take it home.

But it isn’t long before Lola’s daughter Lexi stumbles upon it and starts asking questions. 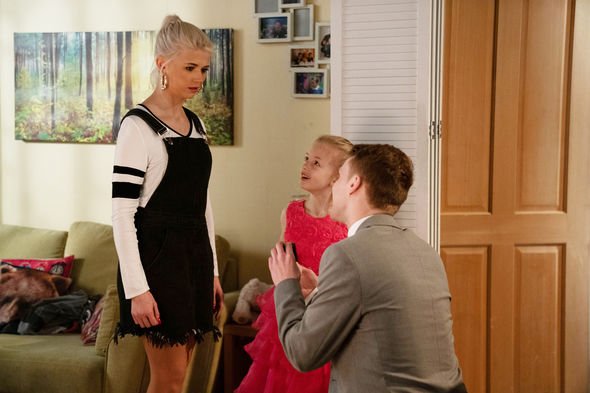 Luckily, Lexi is on board and Jay swears her to silence, worried his plan could be ruined, but he nearly does that himself.

Sitting in the kitchen alongside his possible soon-to-be step-daughter, Jay practices his speech when Lola walks in.

Thankfully she is too preoccupied to question what Jay and Lexi are doing and goes about her business.

That lunch time, those watching at home will see Lola stunned when Jay presents a romantic lunch for the two of them, explaining how much she means to him. 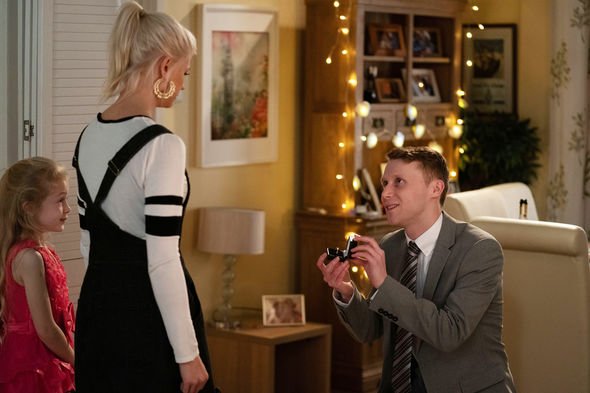 Sitting nervously, unable to eat the food on his plate, Jay takes the opportunity to drop down on one knee.

Taking the box out of his pocket, a diamond shines back at Lola and she is genuinely surprised by his proposal.

What is Lola going to say, will she reject his proposition?

New spoiler pictures have revealed Lola standing alongside an extremely excited Lexi – will her daughter pressure her into a marriage she’s not ready for?

It could be as easy as Lexi saying she would love to be a proper family with Jay and hopes to have a brother or sister soon, this could easily pull on Lola’s heartstrings.

Details about their future have been kept tightly under wraps, viewers will have to wait and see whether or not Lola and Jay get married.

But if Lola declines Jai’s offer, is this the end to their relationship?

Perhaps Ben will be able to persuade Lola this is a good opportunity for her and Lexi to be part of a stable family with a secure future.