Home » TV and Movies » EastEnders spoilers: Kheerat Panesar could save Chantelle from Gray with secret plan

Ever since the Panesar brothers arrived in EastEnders, trouble has been caused. From Jags Panesar (played by Amar Adatia) and Vinny Panesar (Shiv Jalota) attempting to throw the Slaters out of there house to Jags reuniting with high school friend Chantelle Atkins (Jessica Plummer), eldest brother Kheerat (Jaz Deol), is always bailing them out of some mess. In upcoming scenes, he is going to offer Chantelle a proposition, but the initially innocent situation could turn sinister. Is this all part of a bigger plan to free Chantelle from Gray’s abusive hold?

BBC One viewers will remember a few months ago when Chantelle bumped into Jags in the Minute Mart.

The two had a quick catch up but their short conversation ended in severe consequences for Chantelle when she returned home to husband Gray Atkins (Toby-Alexander Smith).

Upon seeing his wife talking to another man, Gray was green with envy and punished Chantelle. 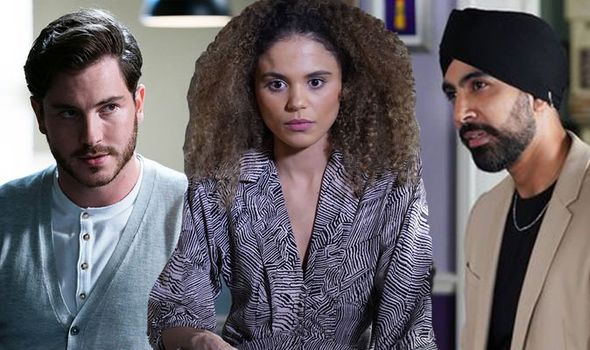 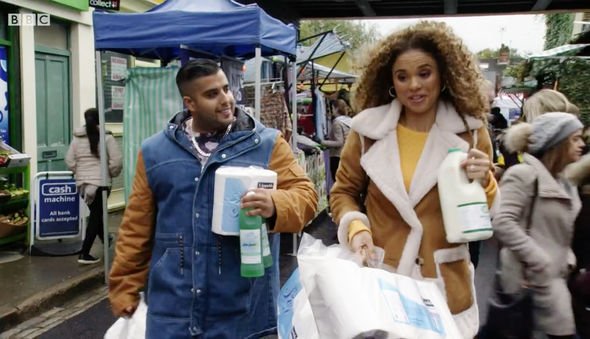 As many Walford residents gathered in the Queen Vic, landlord Mick Carter (Danny Dyer) poured Kheerat a drink, but his attention was elsewhere.

Looking over his shoulder at Chantelle and Gray, his eyes flickered to her forearm, and after realising he had noticed her injuries, she surreptitiously tugged her sleeve down and hid the bruises.

In upcoming scenes, it seems Kheerat could find a way to get close to Chantelle.

In a harrowing scene, Gray lashed out at Chantelle and decided to “teach her a lesson” after she defied him by breaking her wrist.

Subsequently, she was unable to attend work and after taking a period of absence, was forced to give up her job as a hairdresser due to her injury, combined with Gray’s want for them to spend tim trying for another baby.

Now, with very little to do except run around after the kids and attend to Gray’s every whim, Chantelle feels pressured to get a new job.

Luckily for her, Kheerate his hiring and she seriously considering take him up on his offer until Gray intervenes.

Deciding it is best to not upset Gray and return to hairdressing, Chantelle politely declines Kheerat’s job offer, but she is left disappointed when Denise Fox (Diane Parish) admits she no longer needs Chantelle full time. 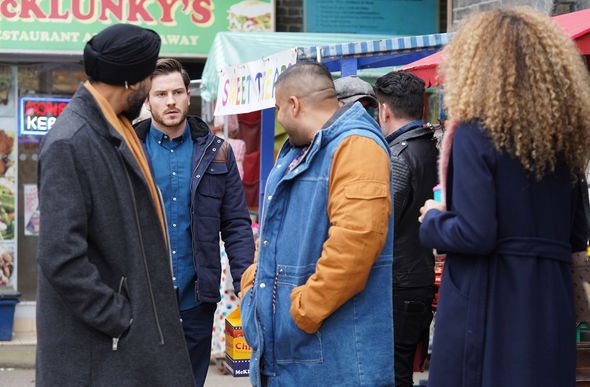 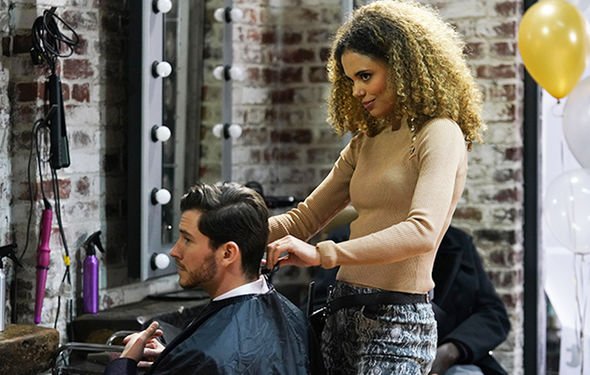 It won’t be long until Kheerat here’s about this, and he will surely question Chantelle’s reason for not accepting his job proposition.

Will Chantelle confide in her long-time family friend about her abuse?

Gray has been emotionally and physically hurting his wife for many years, losing his temper, controlling her every move and lashing out, perhaps Kheerat will be the one to step in and stop this from going any further.

Many fans have been wondering whether this is part of a bigger storyline, with Chantelle eventually finding happiness with Kheerat. 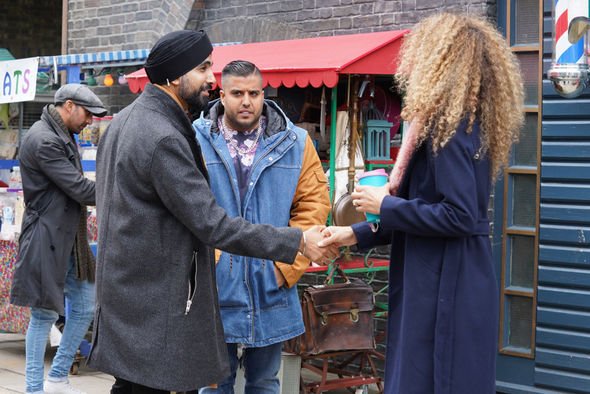 Taking to Twitter to comment, one said: “I think Chantelle is going to end up with Kheerat or he will work out what is going on. #EastEnders.”

“I don’t want Chantelle to get with someone else straight away but if she does her and Kheerat would be so cute #eastenders,” another wrote.

Someone else suggested: “Anyone else want Chantelle to end up with Kheerat? #EastEnders.”

“Chantelle and kheerat i ship them #EastEnders,” one Tweet read.

If you or anyone you know has been affected by Chantelle’s storyline, please see EastEnders help and advice page here.

EastEnders returns tonight at 8pm on BBC One.