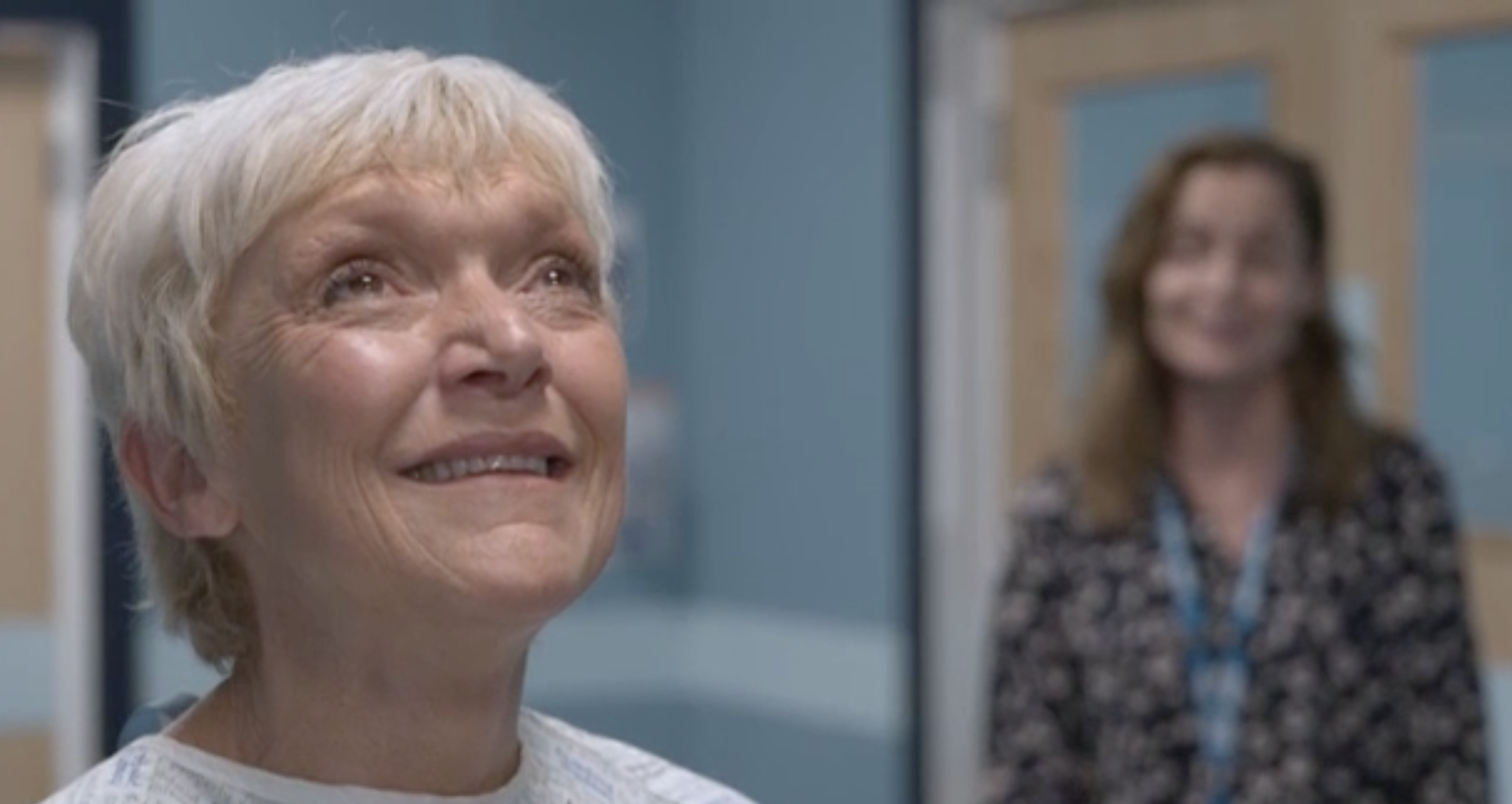 Jean Slater (Gillian Wright) was overcome with joy in EastEnders, after discovering that she does not have cancer.

The soap stalwart had been under the impression that she was dying, after finding a lump in her chest over the festive season last year.

She resolved to keep her discovery to herself, on the basis of wanting to live everyday to the fullest, much like Daniel Cook (Adrian Edmondson) had done prior to his death.

But with Ruby Allen (Louisa Lytton) having reported her to the police regarding the marijuana in her garage, she was left with little choice but to tell the detective about her terminal illness.

Jean then collapsed in shocking scenes.

She was taken to the hospital, where tests where run, and when the doctor asked her into her office, she refused to budge, demanding that she tell her her diagnosis in the hallway.

The doctor, however, smiled.

‘Jean you are not dying,’ she said. ‘You do not have cancer.

‘Today’s scan and biopsy show that the lump is benign. We sent you a number of letters. The symptoms that you are experiencing are most likely the result of stress. Thinking you were ill has made you ill.’

Jean couldn’t believe it, and she burst into tears, all the while smiling – overjoyed to know that she is not dying.

But her happiness was short-lived, however, as the detective reminded her that she’s facing charges over the drugs found in her home, and therefore she could go to prison for a very long time.

Poor Jean! How will she get out of this one? And will she make Ruby pay for yet again meddling and ruining everything?

EastEnders continues Thursday September 16 at 7:30pm on BBC One.