DUA Lipa won’t be alone backstage when she kicks off her Future Nostalgia tour next month.

I can reveal she will be followed by cameras during the 80-date tour, with streaming services already hoping the footage could be turned into a no-holds-barred documentary. 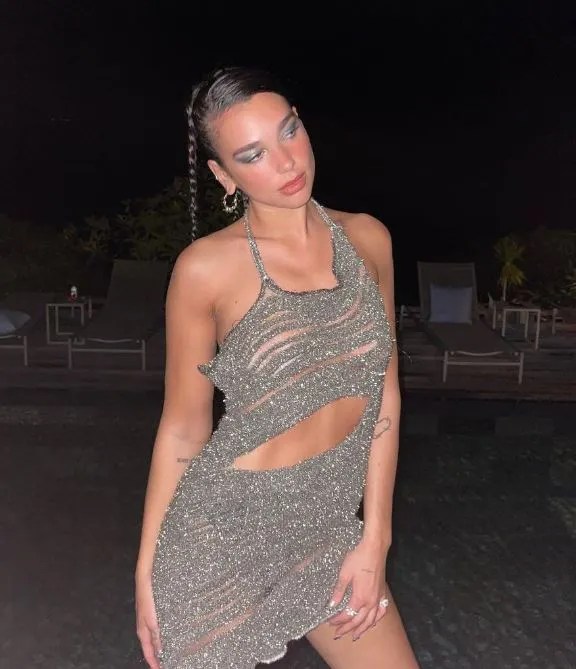 The Don’t Start Now singer will take to the road to perform the first big-budget tour of her career.

She is pulling out all the stops for the tour, which I am told will be packed with choreography and outfit changes, and which would make for a spectacle on screen.

And footage shot back­stage could also give a glimpse into her private life.
Really eager

A music insider said: “Dua is one of the most in-demand stars in the world right now. Everyone wants a piece of her.

“Her team has been approached by various companies who are really eager to get a concert film or documentary with the singer.

“Dua is particular about what she does and won’t agree to anything she is not happy with. But she has signed off on having a cameraman on the road with her to capture everything that goes down.

“She thinks it would be cool to do a documentary but it would have to be for the right reasons, so she is just going to see how it goes.

“As well as preparing for the tour she has been working on her third album, so the sky is the limit right now.

“But if she does decide to turn the footage into a film, she could make a fortune because every streaming service would be eager to have her on board.” 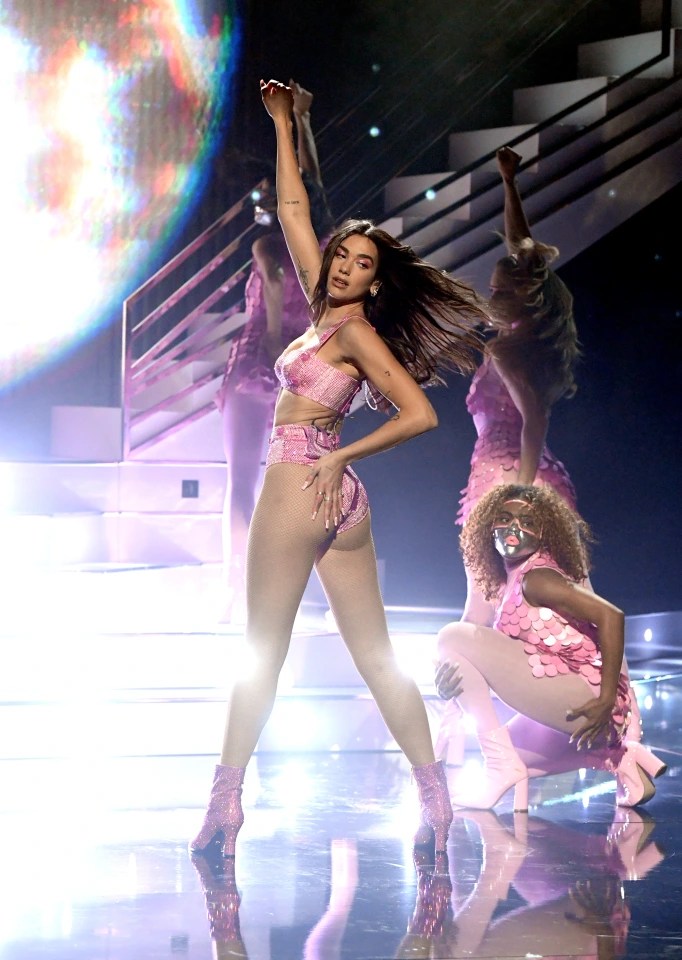 Lady Gaga and Shawn Mendes are among singers who have made behind-the-scenes tour documentaries for Netflix with Gaga’s film Five Foot Two released in 2017 and Shawn’s flick In Wonder out in 2020.

In May last year P!nk followed suit, releasing her All I Know So Far for Amazon Prime.

And Madonna, who Dua has collaborated with and described as an inspiration, made her Truth Or Dare documentary, which was considered groundbreaking when it was released in 1991.

For the tour, Dua is working with the same team that prod­uced her impressive Studio 2054 livestream gig in November 2020.

It was watched by an estimated two million people and received rave reviews, so I have no doubt this upcoming show will be even more impressive.

Her Future Nostalgia tour will begin in Miami on February 9, almost two years later than planned, due to the pandemic.

Dua’s performances at the Brits and Grammys in recent years have proved she is one of the most impressive entertainers in the game.

So I am expecting big things when the tour finally arrives in Britain on April 15.

THERE were no wild parties for the winners after last year’s Brit Awards, with strict Covid regulations meaning the acts couldn’t let their hair down.

But I’m told that record label bosses are more than making up for it this year and will splurge hundreds of thousands of pounds on lavish after-parties following the ceremony at London’s O2 Arena on February 8. 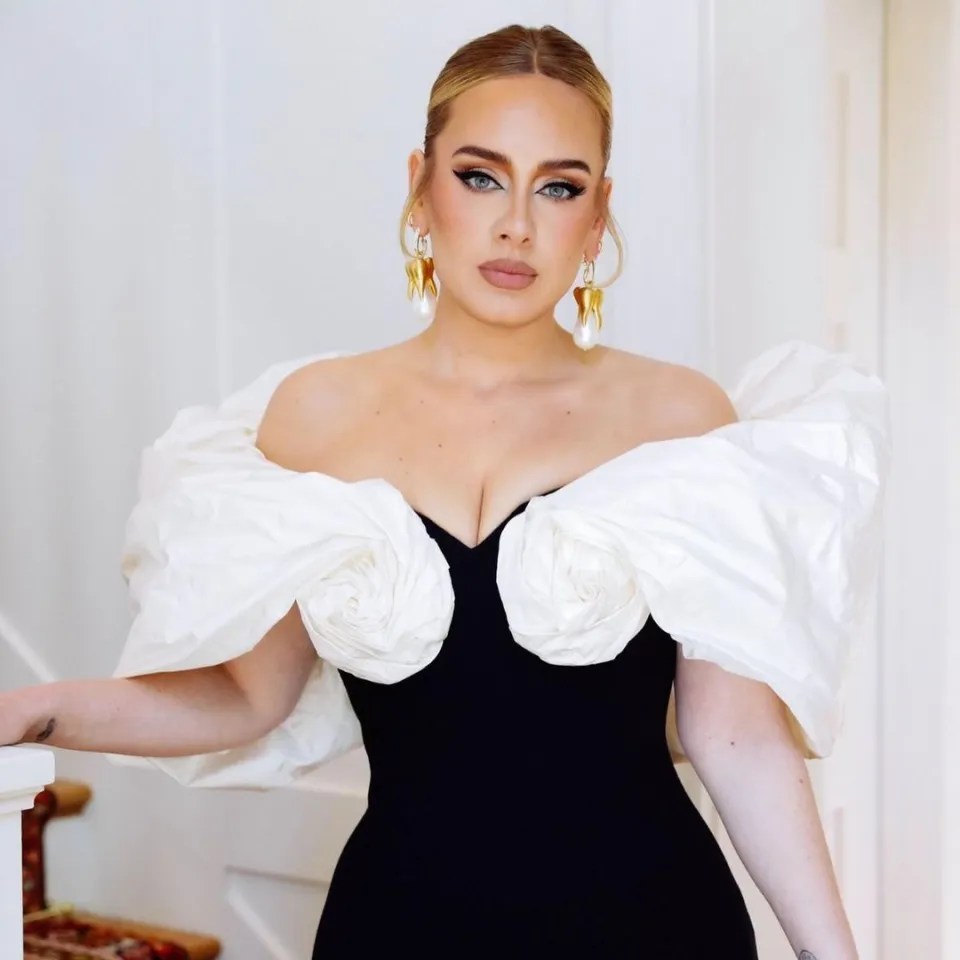 Warner, Sony and Universal have hired some of the most exclusive venues in the capital and have promised to have free-flowing drinks in a bid to persuade some of the world’s biggest stars to fly over for the event.

Nominees they’ll be hoping to tempt include Ed Sheeran, Adele and Taylor Swift.

A music insider told me: “This time around it is all systems go.

“The labels have all booked swanky venues to celebrate their success following the awards.

“Safety is still a priority and it’s likely Covid passes will be needed.

“But the parties are officially back on the agenda.

“One label has gone as far as to totally book a 5-star hotel in central London.

“After 24 months which have seen the industry on its knees, everyone is desperate to have some fun and look forward to the future.”

Comedian and The Masked Singer judge Mo Gilligan will take over hosting duties from Jack Whitehall after four consecutive years.

I, for one, can’t wait to dust off my tux – even if the thought of the hangover fills me with dread.

Miley and Mike at it

MILEY Cyrus worked with hit producer Mike Will Made It on her career-defining 2013 album Bangerz and now they are teaming up again.

They shared time in the studio last week and now Mike has revealed they are working on the follow-up to her 2020 rock record Plastic Hearts.

He said on Twitter: “We on progressive timeless rock s**t , more hit records on the way.”

She is one of the most exciting and charismatic stars in pop, so whatever

Miley comes out with this year, I hope she gets on stage to perform it live.

Miley hasn’t embarked on a global tour since 2014 and has barely performed over here since then, apart from a handful of one-off shows – including an impressive Glastonbury set back in 2019.

If she can finish her next record in time to return to Worthy Farm in June, I have no doubt Miley will be welcomed back with open arms.

ASHLEY Roberts didn’t look too blue in this eye-catching coat yesterday despite the bombshell news that the Pussycat Dolls reunion tour is off.

While she smiled leaving the Heart radio studios in central London, bandmate Nicole Scherzinger got into a war of words with the group’s founder Robin Antin. 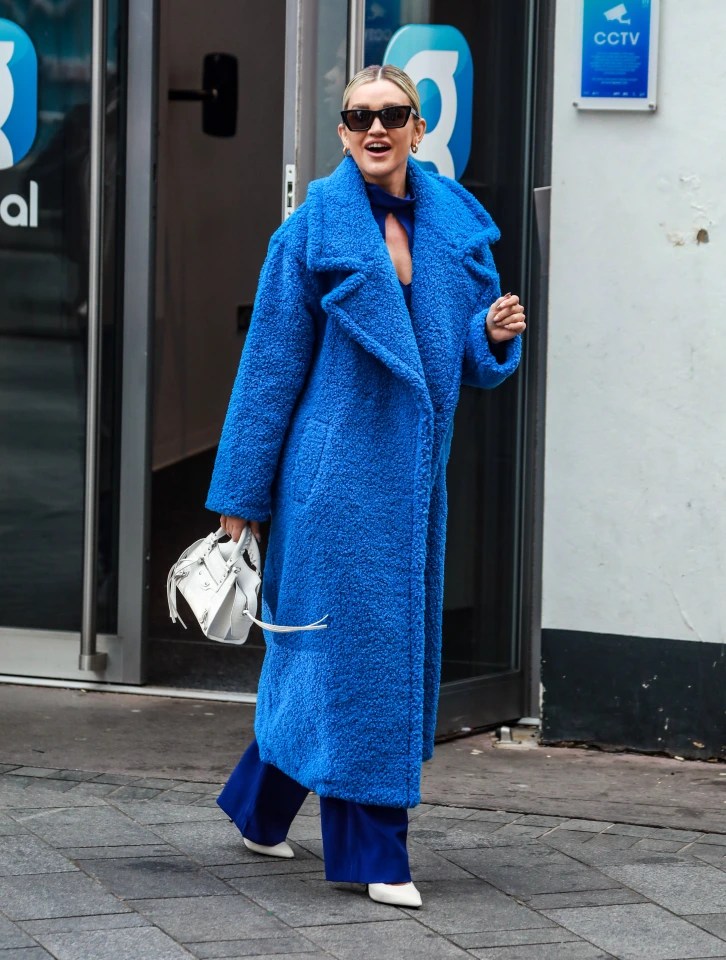 Their row last year is believed to have scuppered the Dolls’ tour.

While Robin wrote on Instagram about the “personal and financial sacrifices . . . to be a team player in a band’”, Nic liked a comment saying: “Booked, busy and completely unbothered by the gaslighting of a certain choreographer!”

These cats have had all nine lives.

BLUE will be raking it in by the end of the year, with a huge UK arena tour to celebrate 20 years since they launched their career.

But in the meantime, the lads are making ends meet by selling personalised videos online – although some are making more than others. 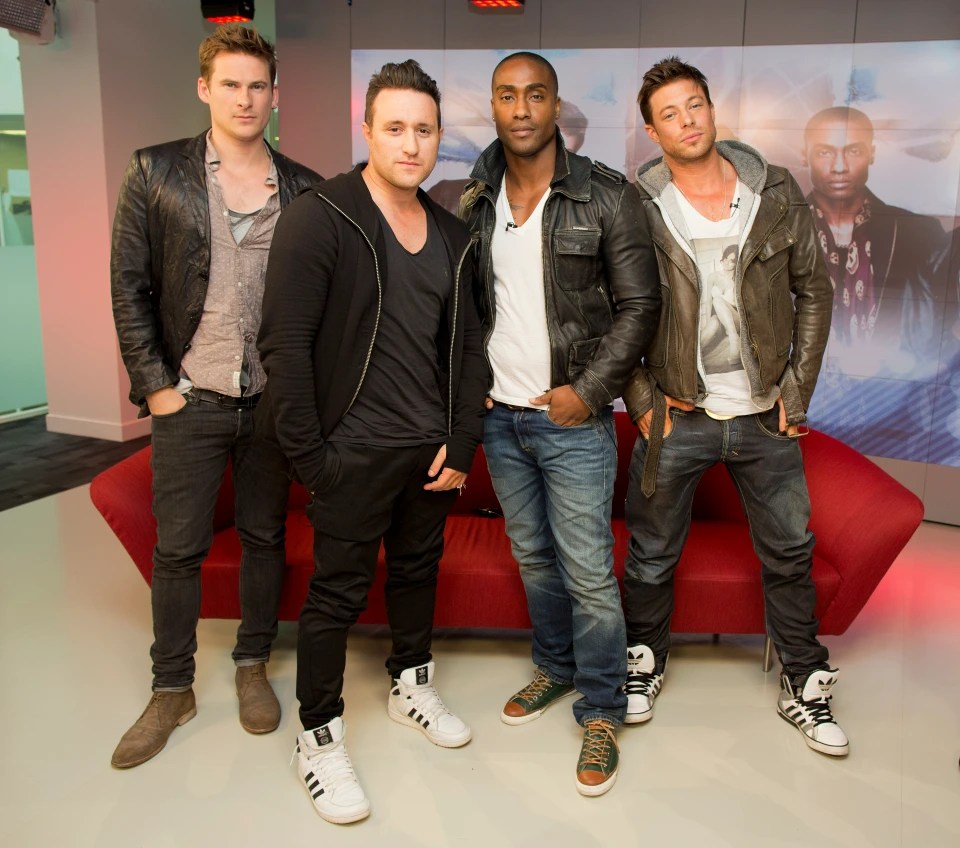 The All Rise singers, Lee Ryan, Antony Costa, Simon Webbe and Duncan James have signed up to Memmo, where fans can buy video messages recorded especially for them.

And it is Lee is who is making the most dough, by charging £70 a pop.
Antony and Simon receive £40 for each message with poor old Duncan bottom of the pile.

He had been doing them for £50 each, but has now slashed his fee to just £25.
Blue will be supported on tour in September by Atomic Kitten, but I have to wonder who is more popular.

Natasha Hamilton from the girl group is also on the service, flogging her messages for the handsome sum of £60.

Given tickets to their tour cost less than that, you’d be better off seeing the show and waiting by the stage door instead.

BEYONCE surely needed a lot of talc to get her curves into this figure-hugging PVC outfit.

Standing in front of a collection of trophies, Bey demanded attention in the new promo for her Ivy Park clothing line. 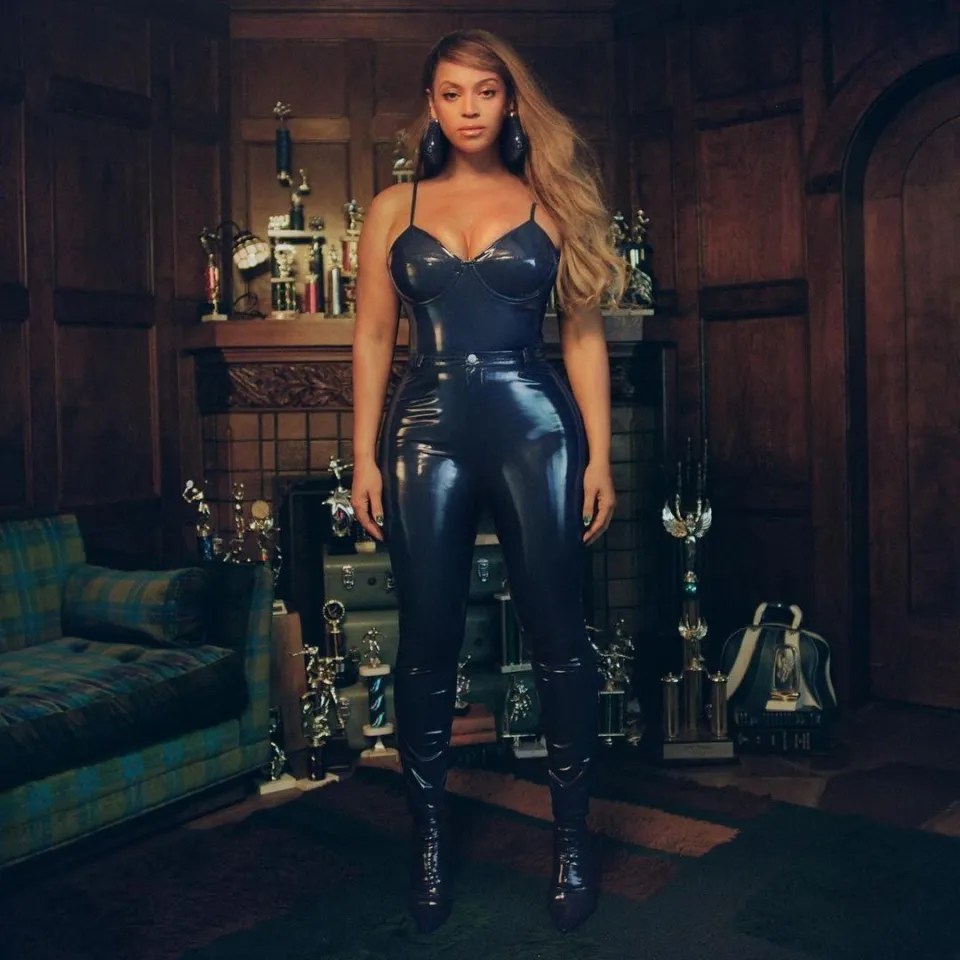 She is poised to finally release her seventh studio album in the coming months, six years after the chart-topping Lemonade, in which she took aim at husband Jay-Z for allegedly cheating.

I’m sure he won’t have made that mistake twice.

Other stars set to return with new albums in 2022 include Harry Styles, Mabel and Lewis Capaldi. I have high hopes for the year ahead.