The music mogul is currently “stable and lucid,” according to TMZ 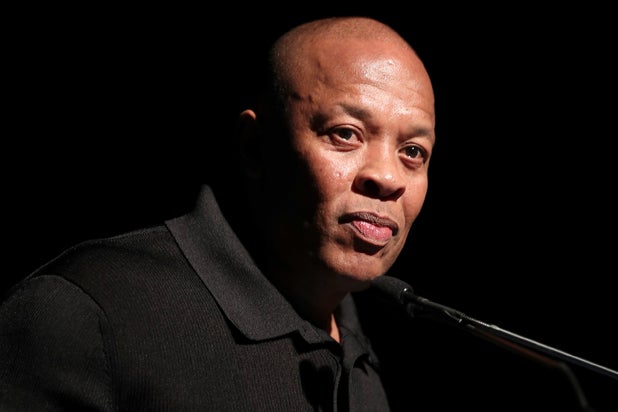 Rapper and music mogul Dr. Dre has been hospitalized after suffering a brain aneurysm earlier this week, according to media reports.

According to TMZ, which first reported the news, Dr. Dre was taken to Cedars Sinai Medical Center in Los Angeles on Monday after suffering the aneurysm but is currently stable. Page Six, citing a “source familiar with the situation,” reported that Dr. Dre underwent “several tests” on Tuesday to identify the cause of his condition, which remains unknown.

Representatives for Dr. Dre did not immediately return TheWrap’s request for comment.

News of Dr. Dre’s hospitalization made the rounds on Twitter very quickly on Tuesday night, with several celebs wishing him well. Most notably among those was Ice Cube, who tweeted a photo of the pair and wrote, “Send your love and prayers to the homie Dr. Dre.”

The rapper, real name Andre Young, has recently been in the news with his ongoing divorce from Nicole Young, his wife of nearly 25 years. New filings in the case as recently as earlier this week saw the two parties sparring over spousal support payments and attorney fees.

TMZ reported that a hearing in the divorce proceedings is scheduled for Wednesday, though Dr. Dre is not expected to be able to attend.