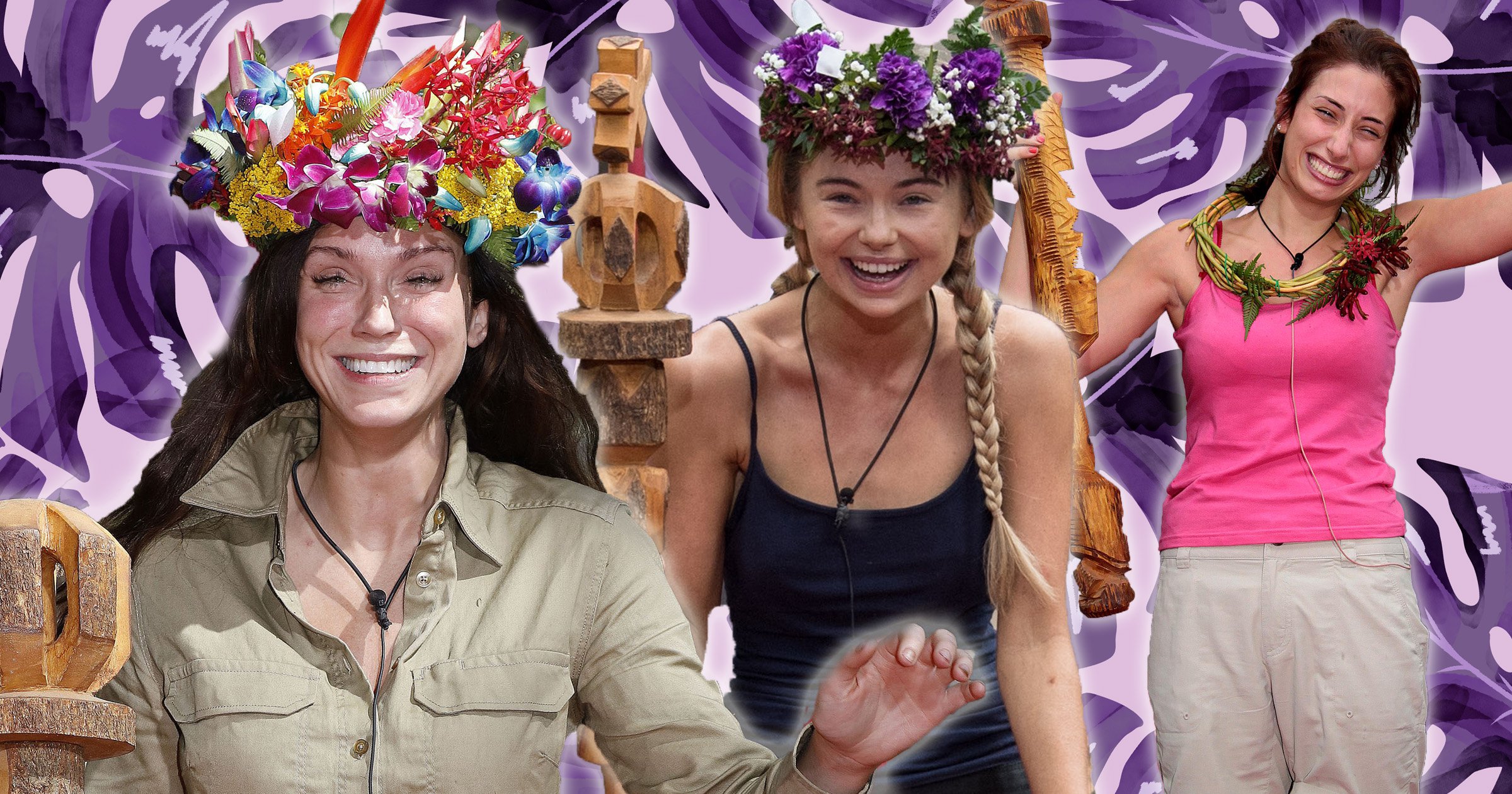 Thank heavens Gwrych Castle doesn’t have a waterfall shower because I swear to god if it did it’s all we’d be hearing about.

As we approach another season of I’m A Celebrity… Get Me Out Of Here, talk has inevitably turned to the bankability of the new crop of foolhardy stars, their personal lives and how likely so-and-so is to win. Classic.

What I’ve noticed this year, though, is a welcome lack of speculation around potential romances between campmates as well as the usual historic bikini shots of the ladies wheeled out to give viewers a tantalising taste of what they’ll be seeing in the show’s famous waterfall shower.

Usually set in Australia, where it’s ruddy steaming this time of year, I’m A Celeb has set up camp in an apparently haunted ruin of a castle in Wales for the second year running, after the pandemic scuppered plans to shoot Down Under, or do virtually anything else for the past 18 months, for that matter.

I’ve only lived in the UK for four years now, but I’ve seen a trend every year the show comes around: the hotties of the camp, or, what I’m going to call, the femme fatales, would be paraded in, apparently packing a compulsory white bikini (which, let’s be honest, is not at the top of the pile to get wet on national TV if one had the choice, surely), and dolled up for the intro with many assuming they’ll be booted by the second vote.

And pretty much every time they’re so wrong. When will you lot learn?

Time and time again these legend ladies have shown their might and proved they are a force to be reckoned with, with most of them taking home the coveted jungle crown.

I’m talking Georgia ‘Toff’ Toffolo, Vicky Pattison, Stacey Solomon et al. People who are sneezed at on episode one as being nothing more than some TV meat – usually of the reality realm – to the salivating masses.

It’s the classic case of the token babe plopped in the bush to ramp up the headlines and make a rather unsexy thing – showering in the cold, eating kangaroo testicles, etc – saucy.

We figure they’ll have some hilarious (to us) ‘ditzy’ conversations around mosquitos or whether butter is a carb, balk at touching a cockroach, will probably clash with one of the older campmates and, if we were lucky, flirt with another youngen in the hopes the show can create another Katie Price/Peter Andre love story.

But is it just me, or has I’m A Celebrity’s new home in overcast Wales, where you’re probably not cracking out the bikini at the best of times, let alone in December, changed the conversation around the show’s female contestants in a big way, or am I just involuntarily blocking it out? (Protect the energy and all that.)

Going one further, bookies are already predicting who may come out on top, as they do, and Frankie Bridge is an early favourite, suggesting people are finally open to the sheer force of the women on I’m A Celebrity.

When Kerry Katona landed only two stars during her first trial on day three, would you bet she’d go on to take the jungle queen title in 2004? In 2010, Stacey Solomon was seen as the ditzy clutz. She won. Vicky Pattison was dismissed as a reality TV star on the show your mum probably hates, Geordie Shore. She won, too.

In 2017 I can’t stress how unexpected it was for Toff to take home the crown and giant wooden stick as winner, but the star flew under the radar as a Made In Chelsea posh-o and trounced the unsurprisingly low expectations of naysayers.

She was the lowest-paid contestant on I’m A Celeb, say no more, yet arguably made the show the most amount of money. Look, not going to mention her jungle chum – rhymes with Cranley Ronson – but she helped confirm my argument the pretty young thing has more guts than what’s offered up in a Bushtucker Trial.

And while Harry Redknapp won the crown in 2018, Emily Atack came second and was a firm favourite after going into the jungle seemingly marketed as merely the ‘hot chick with big boobs’ from The Inbetweeners.

Above and beyond the men in there – no shade to the blokes, you also add something to the show, don’t worry – it’s the women who bring out the most amazing moments and conversations.

Albeit not on the UK’s version, reality TV star Abbie Chatfield was placed in the South African jungle for the Australian series straight out of stints in The Bachelor and Bachelor In Paradise.

No one had any inkling she would go on to win the bloody thing, but she also made headlines and scooped praise for the feminist energy she brought to the jungle. One such moment saw her challenge Aussie Rules sportsman Robert ‘Dipper’ DiPierdomenico’s comment after he explained his suggestion she was ‘not going out like that’ (Abbie was dressed in a bikini, in the jungle) was down to his care for women to stay safe, but also because wearing ‘miniskirts’ is apparently ‘asking for it’.

But, honestly, there is no reason to be shocked when one of I’m A Celeb’s young female campmates comes out on top.

They bring a warmth to the camp, and, due to misconceptions held by the audience from the premiere, every challenge win, every moment of strength, compassion, and growth seems to count for so much more. Which, to me, is fascinating, seeing as I know no one stronger and more prepared for competition than a young woman with some patriarchy to pounce on.

So on Sunday I’ll be settling in with the popcorn ready for Frankie Bridge to abseil down the castle ahead of the blokes, or watch Snoochie Shy give Richard Madeley a what for when he inevitably calls her ‘darling’, before they race ahead of the others on the way to castle victory.

Beyoncé may have sung about women running the world, but, fun fact, they also run this show.