DICKINSON actor Samuel Farnsworth revealed co-star Hailee Steinfeld really took him “under her wing” and showed him the ropes throughout filming the show’s three seasons.

In an exclusive interview with The Sun, he looked back on his time on the Apple TV+ show as he gears up to say goodbye with its upcoming series finale. 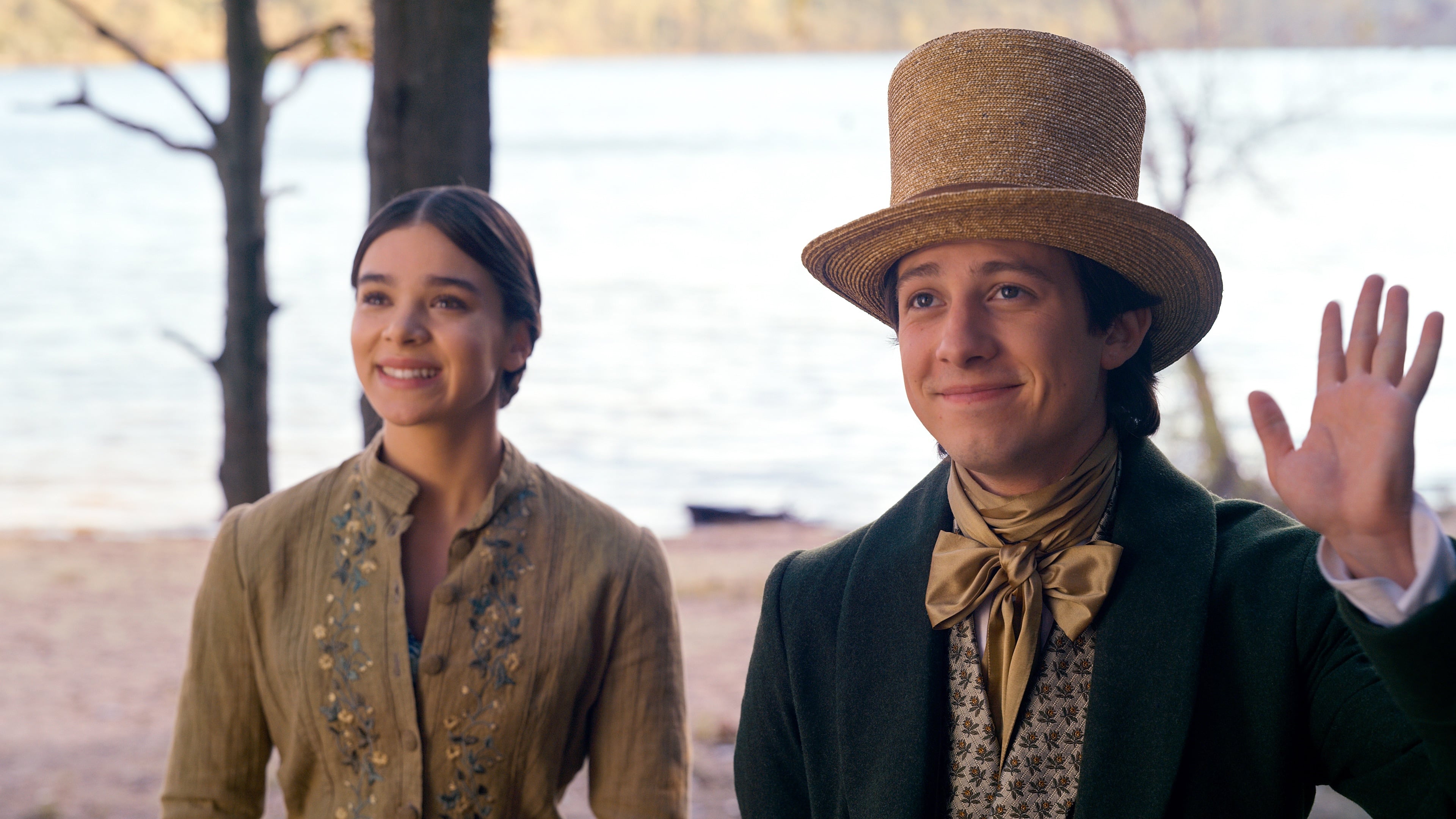 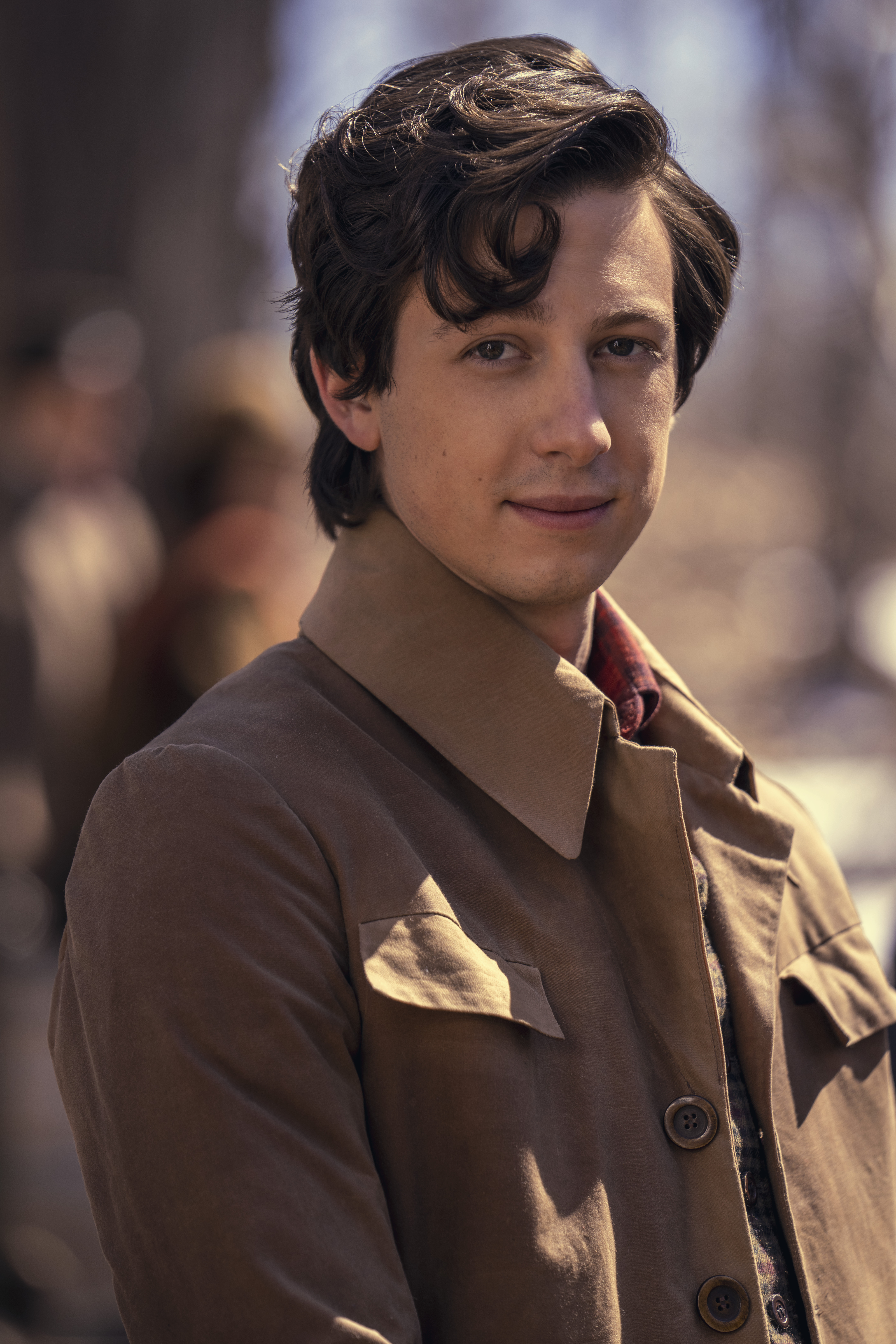 As things wraps up, Samuel shared that it’s been “an absolute dream come true” to work on the show the past few years and to work alongside Hailee, especially as this was his first professional acting role.

Not only does Hailee, 24, star on the series as the titular character, poet Emily Dickinson, who Samuel’s George Gould is forever in love with, but she’s also an executive producer.

Watching the actress put her all into bringing the famous writer to life onscreen, as well as make sure behind-the-scenes aspects of filming were running smoothly, taught Samuel a lot about the kind of actor he wants to be.

He told The Sun: “She is just the best. She is literally about to be a superhero [as Kate Bishop in Hawkeye], and then she is very much the same way.

“I've never met a person who can do so much. She's a talented actress, and a musician, and a producer.”

While the actor continues auditioning for new roles and is excited to see what the future holds, he said he learned so many lessons from this set that he'll always keep with him.

Samuel, who often shares fun behind-the-scenes photos on his Instagram, was so new to the acting world when Dickinson began a few years ago, and he “had a lot to learn and a lot of questions,” which Hailee was more than happy to help with.

The actor shared: “I really feel like she just kind of took me under her wing and early on taught me all the things that I needed to know about what to do, what's going on, how to even speak up for myself in certain situations – say, I wanted to do another take or something didn’t feel right.

“It was really nice… to have a friend to kind of take me through that process. And then acting, it's like an acting masterclass.”

Samuel gushed that Hailee, who was nominated for an Academy Award when she was just 14 years old, was “so good that half the time I'd be acting across from her being like, 'I can't even believe this is real.’”

The entertainer joked that he had never been around someone famous before working on Dickinson and wasn’t sure what it would be like.

When he started hanging out with the Pitch Perfect star and working alongside her, he found her to be “such a good example” of how everyone in the industry should be.

“You only get to do that much and go that far if you're just the hardest worker in the room, and not even just that, you have to be genuinely a really good person and accepting person because so much lands on you,” he said.

“I feel like she was really able to do that and make everybody feel included and like they belonged there,” Samuel added. “I'm just super grateful. I wish I could just act with her for the rest of my career.”

The two worked side by side a lot throughout the show's run, with his character George mostly appearing in scenes with Emily, as he’s been in love with her since season 1, though she just considers him a very good friend.

Along with his appreciation for Hailee and the rest of the cast, Samuel praised Dickinson creator Alena Smith for giving them all such a great project to work on.

He said that between the fun hairstyles and period costumes and the wonderful people in front of and behind the camera, he feels “so lucky” to have been a part of the show.

Of Alena’s talents, Samuel said: “I always feel like her writing, 1. From the background of being a playwright, and 2. Writing the story of America's greatest poet, the scripts were always just phenomenal.

“You never had to change a word or make anything feel better because I just always respected the text and the writing so much.”

The actor added: “It was such a great and unique and funny and quirky project, and I’m glad they ended it as it should end, rather than trying to drag it out.

“Even though they definitely could've, it has the integrity.”

Dickinson is coming to an end later this month, but there are still a few episodes left for fans to enjoy.

Season 3, episode 7 comes out on Apple TV+ on Friday, with new episodes dropping weekly until the series finale on December 24. 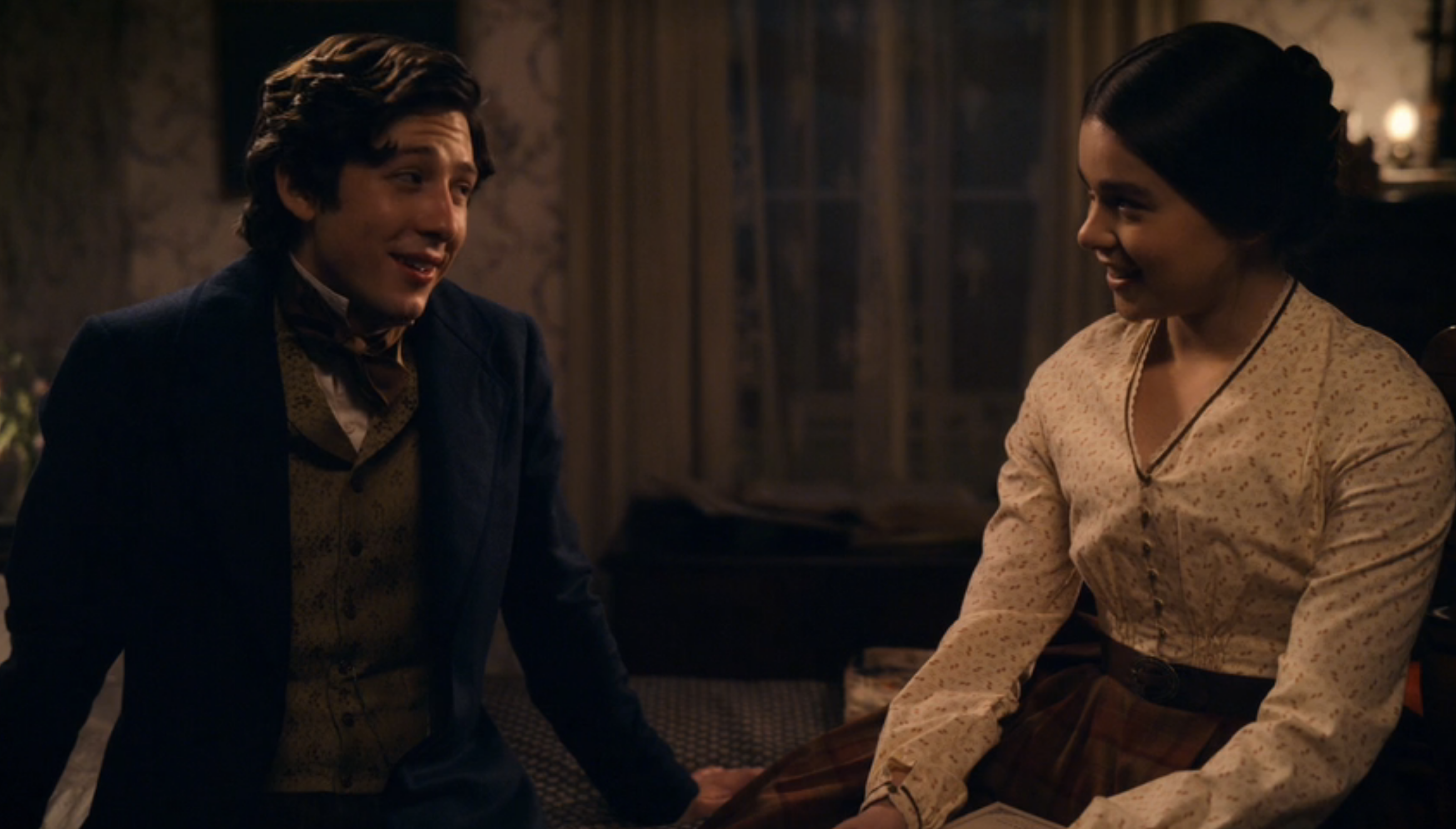 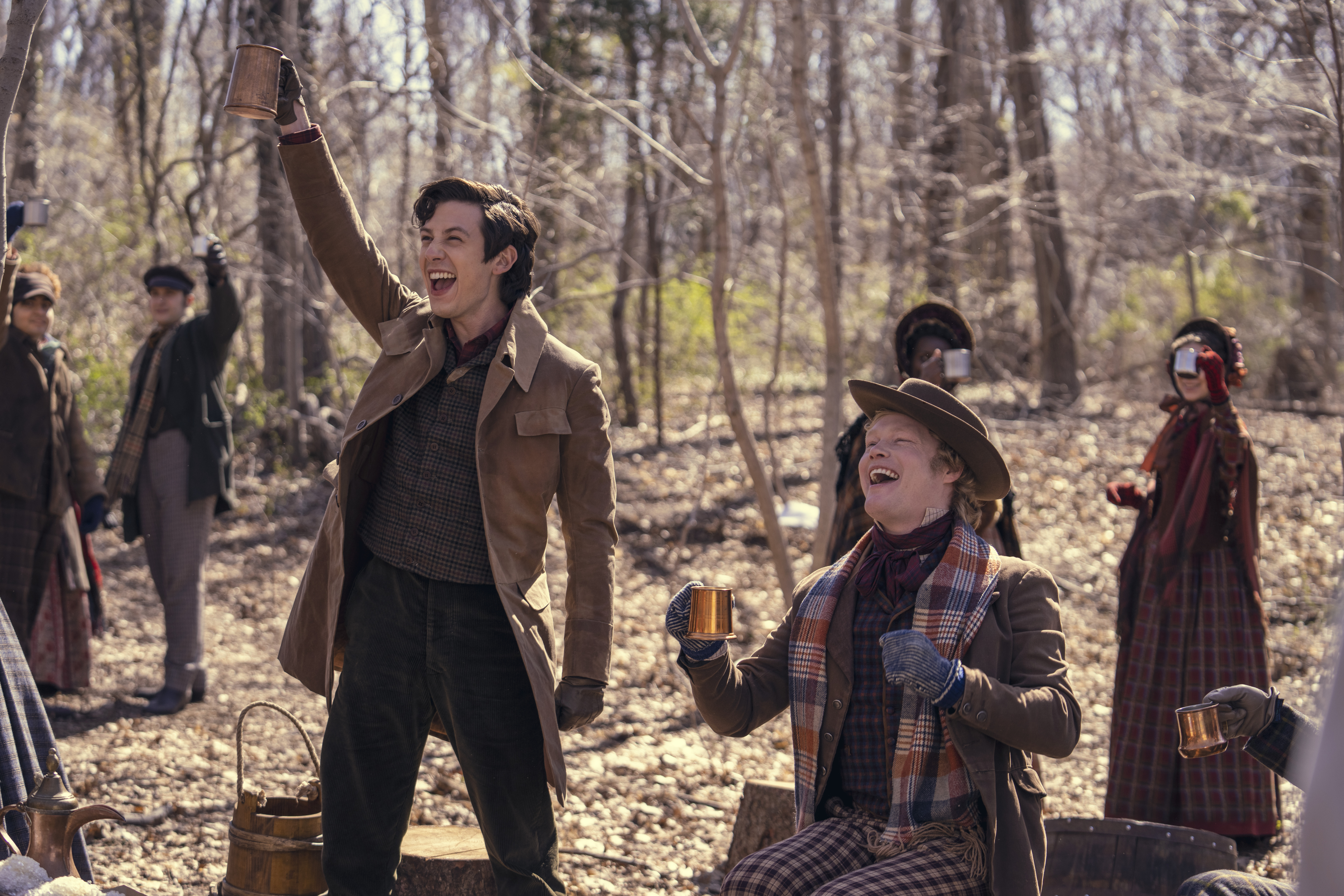 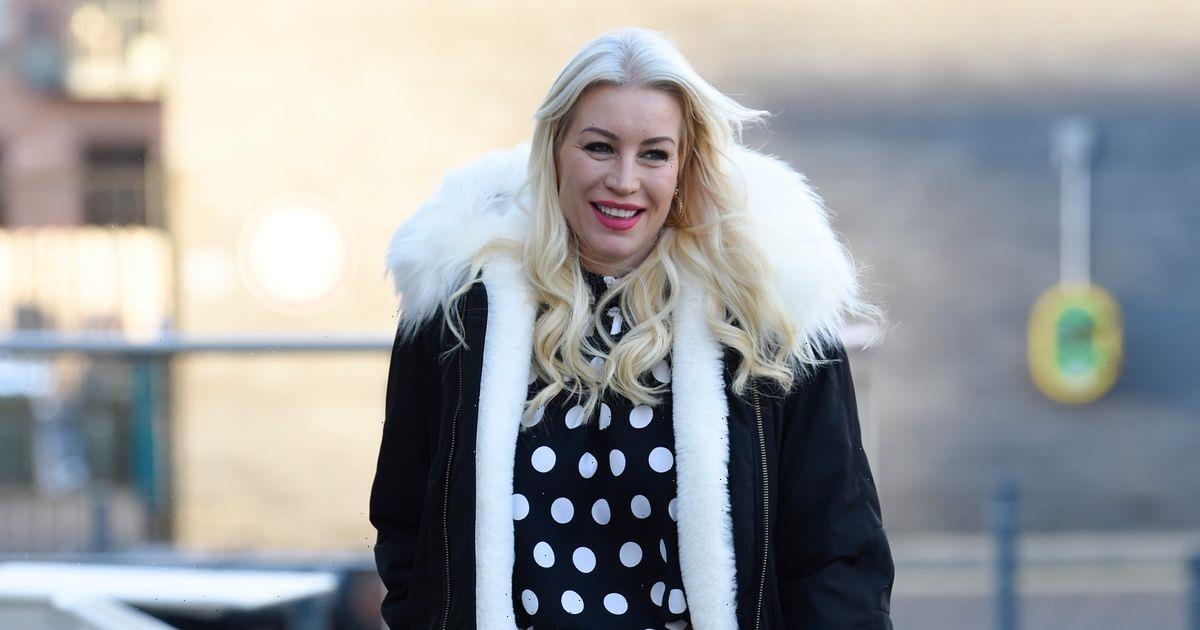