The third season of Derry Girls is due to be aired later this year but Gerry star Tommy has hinted fans will be left heartbroken as the new series could be the last. He opened up about the future of the popular Channel 4 series in an interview with Jason Manford on Absolute Radio.

The Channel 4 comedy is set during the end of the Troubles in Derry in the 90s and follows four friends.

However, it seems the girls may not be on screen for too much longer as Tommy noted there isn’t necessarily a future for the show after the third series. 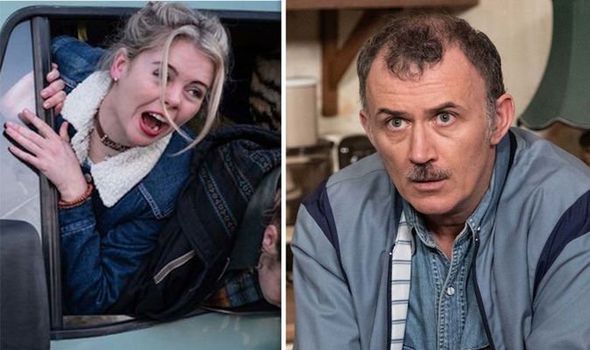 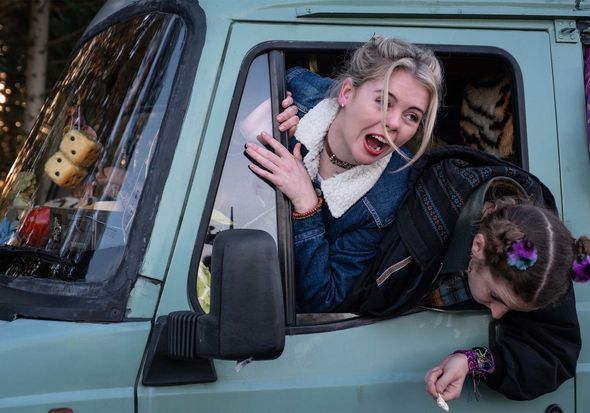 Tommy plays oppressed husband Gerry who is often at loggerheads with his father-in-law Joe (Ian McElhinney).

But it’s scenes with his sister-in-law Aunt Sarah (Kathy Kiera Clarke) he hates the most.

Tommy remarked: “I feel lucky to be working with such funny people. 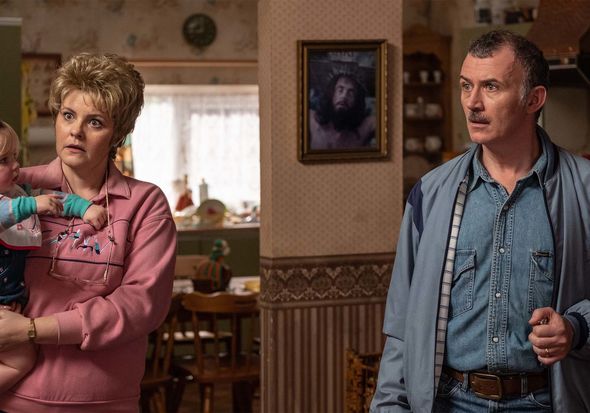 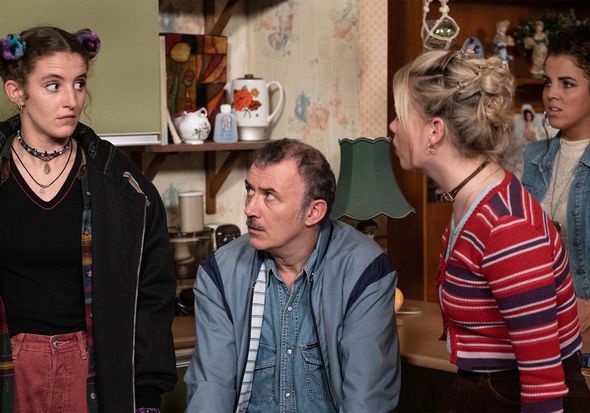 “There are two members of the cast that I can’t look at because I laugh.

“It’s enough to bring you out in sweats. Kathy Kiera Clarke who plays my sister-in-law.. Kathy is one of the funniest people that I’ve ever worked with and I’m just not able to look at her.”

Tommy added the cast will start shooting again in April, but this is probably it.

He explained: “We start shooting again in April. I mean this sincerely, as soon as I get the scripts I will rifle through it, first of all to see my own scenes.

“And then to pray to God that I don’t have an awful lot of scenes with her, because I’ll be getting the sweats the night before.

“Like how can I keep a straight face? We find it very difficult… and I also find it impossible to look at Orla who’s her daughter.”

Fans were left in tears during the series two finale which saw American President Bill Clinton visit in 1995.

The girls school was one of the few that stayed open during the visit but this wasn’t what tugged on the viewers heartstrings.

It was the moment the outsider James made the momentous decision to stay in Derry after his estranged mum turned up wanting him to come back to England.

So, who knows what is in store for the viewers in the last ever episode of the Northern Irish comedy.

The exact date for series three hasn’t been finalised yet but it will no doubt pick up exactly where it left off.

Express.co.uk has contacted Channel 4 as to whether or not the third series will be the last.

Derry Girls can be streamed on 4od.