Sir David Attenborough is back with a brand new series; tonight BBC One viewers will tune in to see the first of a two-parter, Life in Colour. The natural historian will be exploring the many ways animals use colour, with cameras built specially for the series revealing a world normally invisible to the human eye. While David will be with viewers – narrating the show – every step of the way as they are taken from their living rooms to the Maasai Mara reserve in Kenya, amongst several other destinations which were used for filming, David has spoken out about slowing down and not going on as many expeditions like he used to when he was an adventurous young broadcaster.

Keen to see and then show everyone else what the world had to offer, Sir David has been to most corners of the world.

Speaking fondly about the time he first went to Africa in 1954, he noted how small the crew was producing the show compared to the BBC’s most recent offering.

“It was just me and the cameraman, and we were wandering around in the bush and in quite thick forests, living there,” he reminisced. “[Whereas now] you have big crews and everything’s sorted out, you know exactly where you’re going to be.”

A year after Africa, Sir David made the trip to Indonesia and was ways gone for nearly four months: “Nobody knew where we were!” He said. 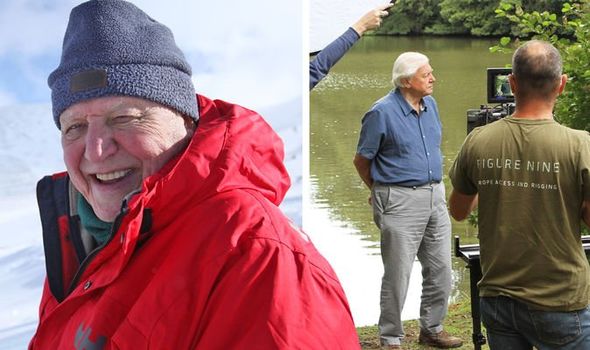 “There were no phones, let alone mobile phones. We were the first people to film Komodo dragons, and nobody knew where Komodo was!”

Sir David spoke about a time when he was “pushed off in a little fishing boat” and should they have “disappeared” or “been shipwrecked” or “got into trouble” there was no one who “would have been able to do anything about it”.

As for the film? They carried it “in two heavy, great boxes” and it wouldn’t be developed until they returned to the UK.

As a result of technology not being as advanced as it is now, they had “no idea whether there was a fault in the camera or not!” 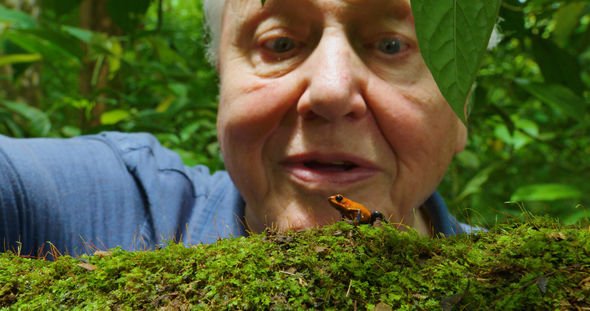 When asked whether he misses these wild expeditions, he answered: “Well, yes, it’s a certain form of excitement.”

So is he going to go and wander into a jungle anytime soon to relive those memories – or make new ones?

It comes after Sir David discussed his memory struggles, in particular, recalling “proper names”, which in turn, makes writing his scripts for documentaries difficult. 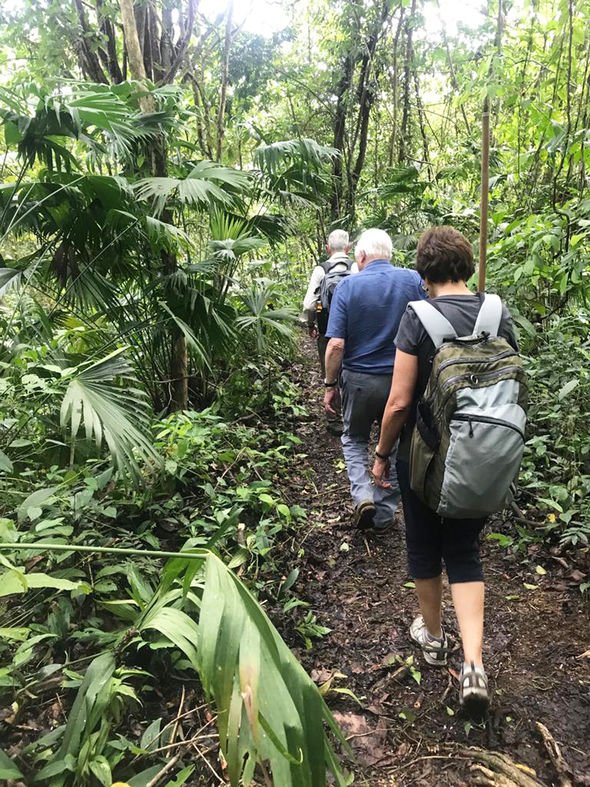 Talking about the time he took a trip to the Jura Mountains in Switzerland, Sir David said: “There were these searing yellow fields and I can’t think of the damn name.

“I wanted to say something about it but I couldn’t and it wasn’t until we got quite close to Geneva that I thought, of course, oil seed rape.”

He admitted he is “coming to terms” with it taking him longer to find the correct words.

Despite this, he has no plans to slow down, in fact, he was recently seen discussing the ways in which was can tackle climate change.

The environmentalist spoke via a video link at a meeting of the UN Security Council and warned “we have a moral responsibility” and “the security of the entire world depends on your decisions”.

The broadcaster continued: “If we bring emissions down with sufficient vigour we may yet avoid the tipping points that will make runaway climate change unstoppable.

“If we objectively view climate change and the loss of nature as world-wide security threats – as indeed, they are – then we may yet act proportionately and in time.”

“Recognise the moral responsibility that wealthy nations have to the rest of the world, and put a value on nature that goes far beyond money,” he said.

Life in Colour airs tonight at 7pm on BBC One.