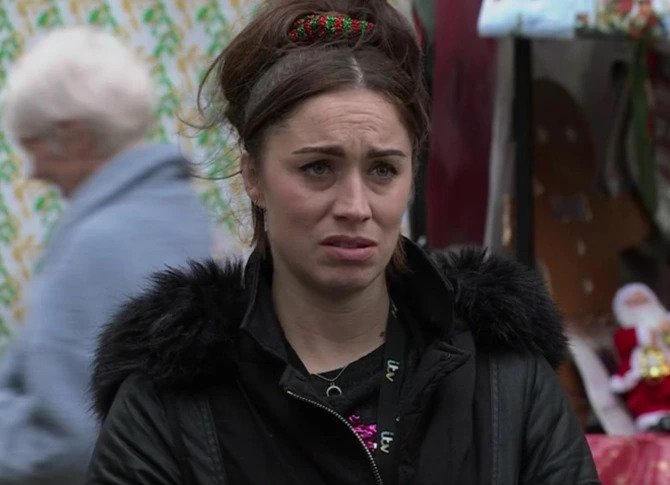 In a recent scene that aired during the soap’s festive period, Shona was seen arguing with Peter Barlow (Chris Gascoyne), which led to fans spotting the ITV lanyard around her neck.

One fan wrote: ‘Hey @juliagoulding, that Shona has nicked your ITV lanyard!’, while another added ‘Oopsie #Corrie hawkeyes tonight, can you spot it?’.

The passes are used for security or to gain access to buildings and are worn regularly by cast and crew.

Swapping the lyrics, Max watched as his schoolmates sang a derogatory version of a carol, leaving Daniel and David (Jack P Shepherd) horrified.

Max decided to apologise for his behaviour, which led to Daniel suggesting they start 2022 with a clean slate.