Coronation Street announced their big 60th-anniversary storyline would be community-led as the Weatherfield residents attempt to stop Ray and his development plans from going ahead.

In upcoming scenes, Ken Barlow (William Roache) will their plans to lodge an application to have the brewery listed, thus saving it from the bulldozer.

Ray soon finds out about this and sets to work bulldozing the plot that afternoon.

On the Street Abi, Kevin, Brian, Cathy, David, Ken, Rita and Shona watch with horror as the piece of heavy machinery heads towards the building. 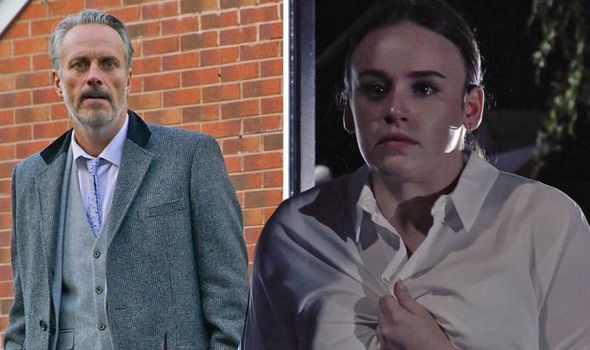 Meanwhile, Ray stands on the other side, with a smug grin on his face.

In a last-ditch attempt to save the brewery, the residents park themselves in front of its doors and set up camp.

Rita leads them in a rousing rendition of ‘We shall not be Moved’.

After a night camping outside the brewery, the residents celebrate halting the progress of the bulldozer.

But their joy is short-lived when a massive long-arm digger turns up. 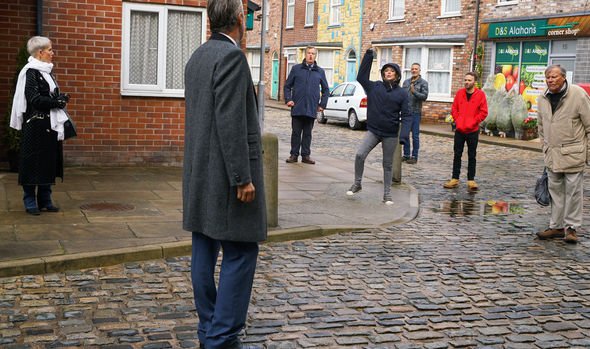 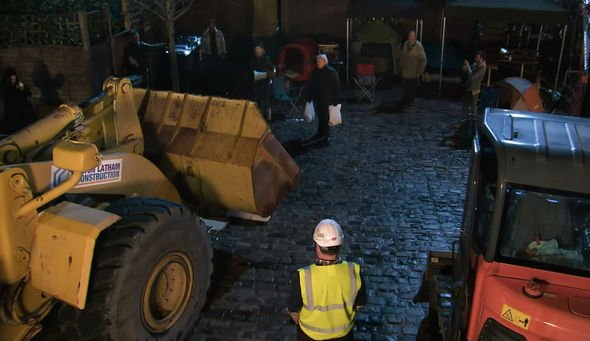 Viewers will see the protestors outraged as Ray’s men start to dismantle their camp.

But Ken stands in the bulldozer’s path while Abi jumps into the cab of the digger.

Despite her good intentions, Abi ends up losing control of the long arm and a nearby substation is smashed, knocking out all the power in the surrounding streets.

As the residents of Weatherfield go into a blind panic, Ray has another problem on his hands.

DON’T MISS…
Emmerdale spoilers: Will Taylor and Andrea Tate for romance? [THEORY]
Ranvir Singh was pulled to one side by Craig after Argentine Tango [COMMENT]
Escape to the Country’s Nicki Chapman unveils difficult part of job [VIDEO] 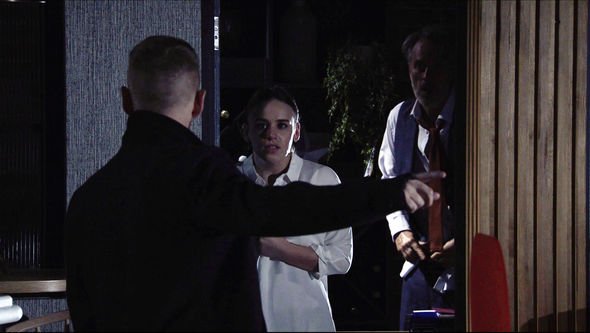 In the Bistro a flattered Faye puts aside any misgivings and agrees to join Ray for a drink in the office.

Their one on one is interrupted by Gary who enters the Bistro and asks Ray to sign the factory contract.

But he is disturbed by cries coming from the office, and the former builder soon realises Ray is in there with Faye.

Gary orders the sleazy businessman to open the door and Faye emerges in floods of tears. 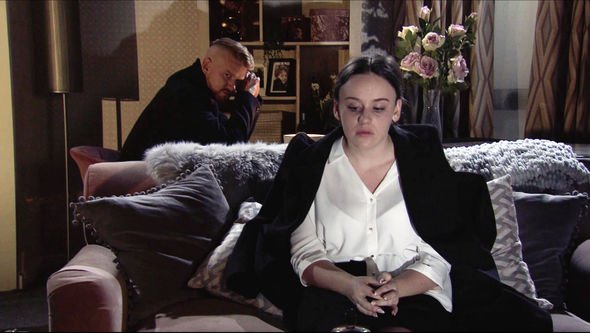 Her blouse is torn open and she is utterly embarrassed, fleeing the Bistro.

Incensed, Gary goes after her and back at his flat, Gary and Maria try to comfort Faye but she clams up, refusing to take any action against Ray.

Gary is left seething with rage.

If you or anyone you know has been affected by this storyline, please see Rape Crisis’ website here for help and advice.

Coronation Street airs Monday, Wednesday and Friday at 7.30pm and 8.30pm on ITV.