The Brad Furman-directed crime thriller City of Lies has had quite a journey, but the Saban Films release finally hits theaters today before dropping on digital and on demand April 9. 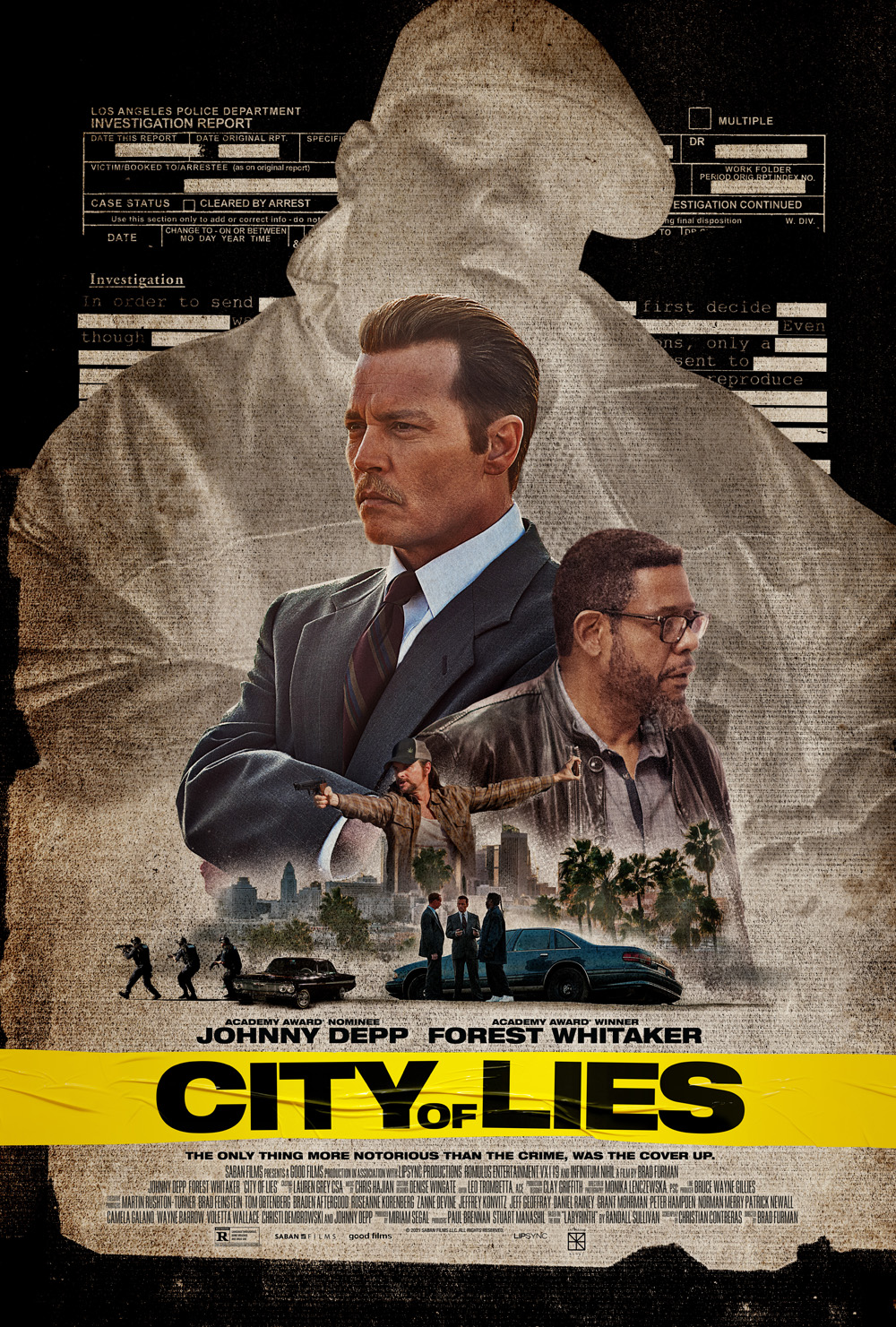 Based on the book, LAbyrinth, by Pulitzer Prize-winning author Randall Sullivan and adapted by Christian Contreras, City of Lies follows the investigation into the infamous murder of iconic rap artist Christopher Wallace aka the hip hop legend Notorious B.I.G.

Oscar and Emmy winner Forest Whitaker stars as Jack Jackson, a journalist who teams up with LAPD detective Russell Poole (Johnny Depp), who spent nearly 20 years trying to solve the murder. The two of them try to find the truth. They explore why the case remains cold — and why a secret division of the LAPD is seemingly set on keeping it that way.

It’s not a lie that City of Lies went through a lot to make its way to the theaters. Global Road acquired the film from its original distributor Open Road last summer. After being pulled from the release calendar in August 2018, the movie, then titled LAbyrinth, was put on the backburner as a result of the film’s location manager suing Depp for assault.

The film was then drawn into the Open Road bankruptcy in September 2018 which put its release date fate into question. Eventually, it landed at Saban Films and here we are.

Groundbreaking cult artist David Wojnarowicz is the topic of the Kino Lorber and WOW Docs documentary Wojnarowicz: F**k You F*ggot F**ker, which will debut in theaters today and will be followed by a VOD release on Kino Now. It will also be available on the classic format of home video. 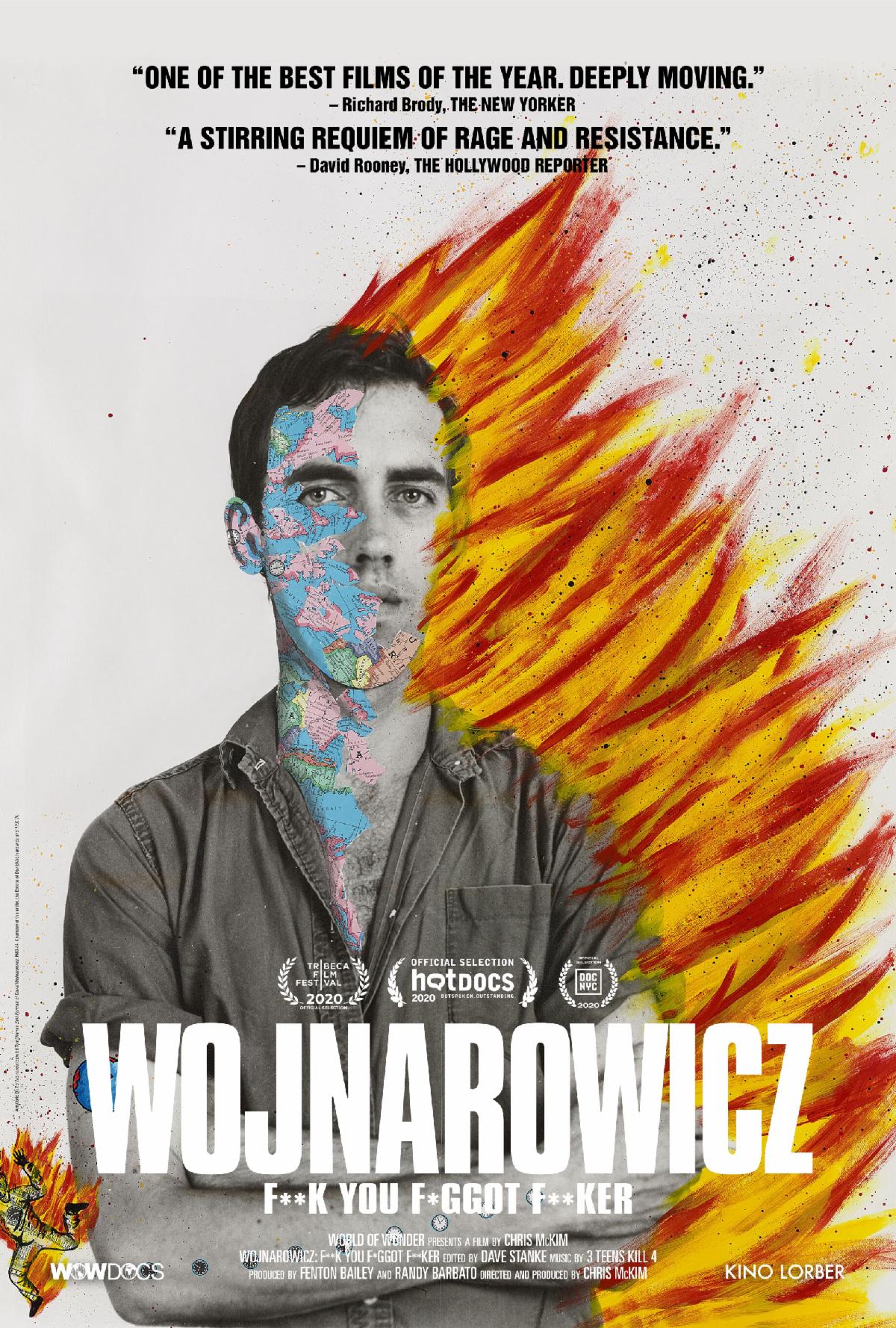 Directed by Chris McKim, some might say that Wojnarowicz: F**k You F*ggot F**ker is controversial. I mean, look at the title. Some might not be able to swallow all of that. Nonetheless, the docu is an autobiographical portrait of the downtown New York City artist, writer, photographer and activist. As New York City became the epicenter of the AIDS epidemic in the 1980s, the artist weaponized his work and waged war against the establishment’s indifference to the plague until his death in 1992 at the age of 37.

The docu made its world premiere at DOC NYC where it was honored with the 2020 Metropolis Competition Special Jury Recognition for Best Use of Archival Materials. It was also an official selection at last year’s Tribeca and Hot Docs Film Festivals.

The film offers features exclusive access to his paintings, journals and films revealing how Wojnarowicz emptied his life into his art and activism. Rediscovered answering machine tape recordings and intimate recollections from Fran Lebowitz, Gracie Mansion, Peter Hujar and other friends and family help present a stirring portrait of an artist whose works and fiery words still deeply resonate in turbulent times. 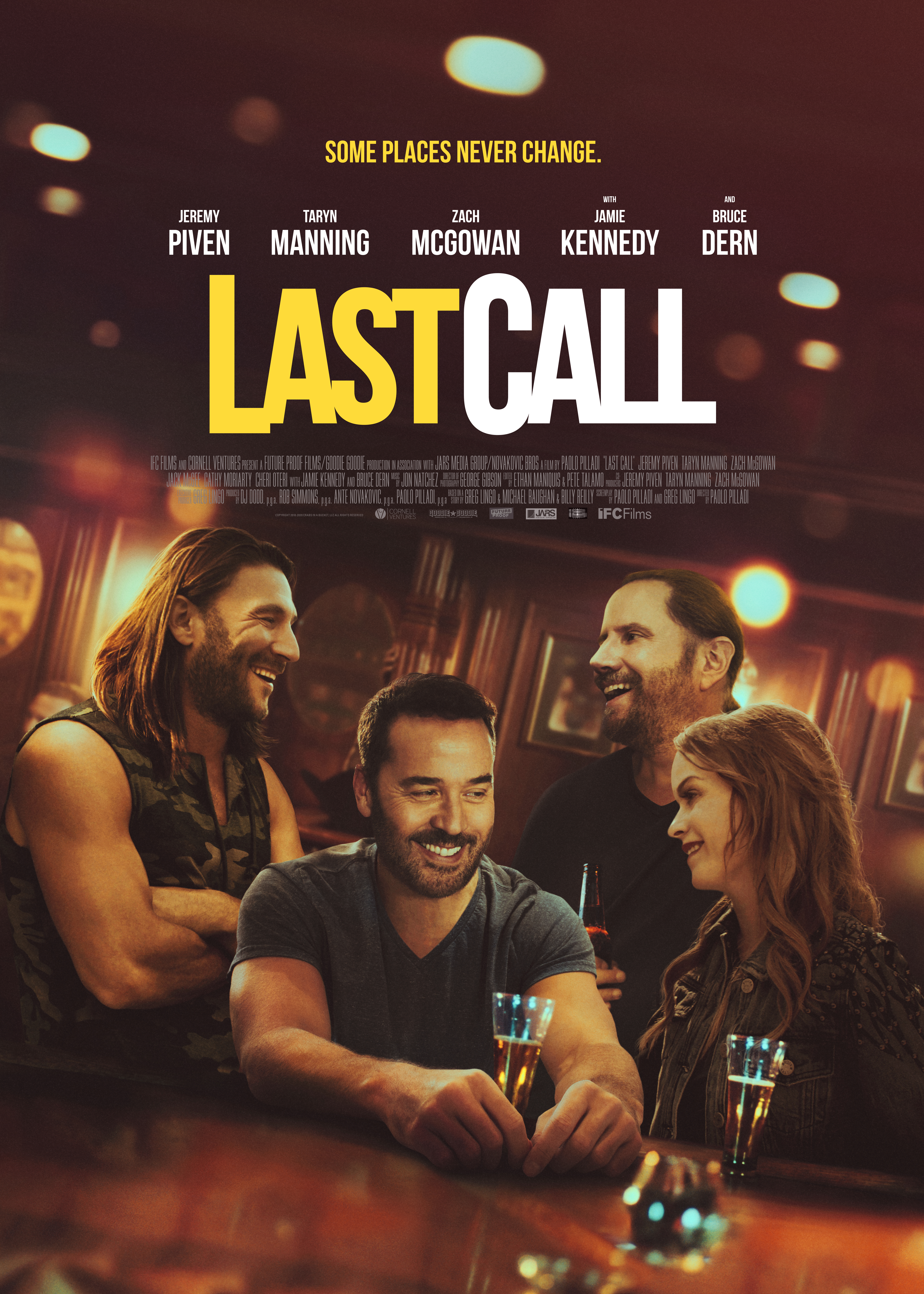 In the IFC Films comedy Last Call, Jeremy Piven plays real estate developer Mick, who is kind of a big deal in a local scope. When he returns home to his offbeat blue collar Irish neighborhood in Philadelphia for a funeral, he is obligated to stay to ensure his parents’ ailing family business gets back on course.

While back at home, he grows closer to his childhood crush (Taryn Manning) who is also back in town, while enduring the constant ridicule from his old hometown crew. As Mick begins to reconnect with the neighborhood he grew up in, he finds himself at a crossroads when forced to either raze or resurrect the family bar.

Last Call opens in theaters and debuts on demand and digital today. 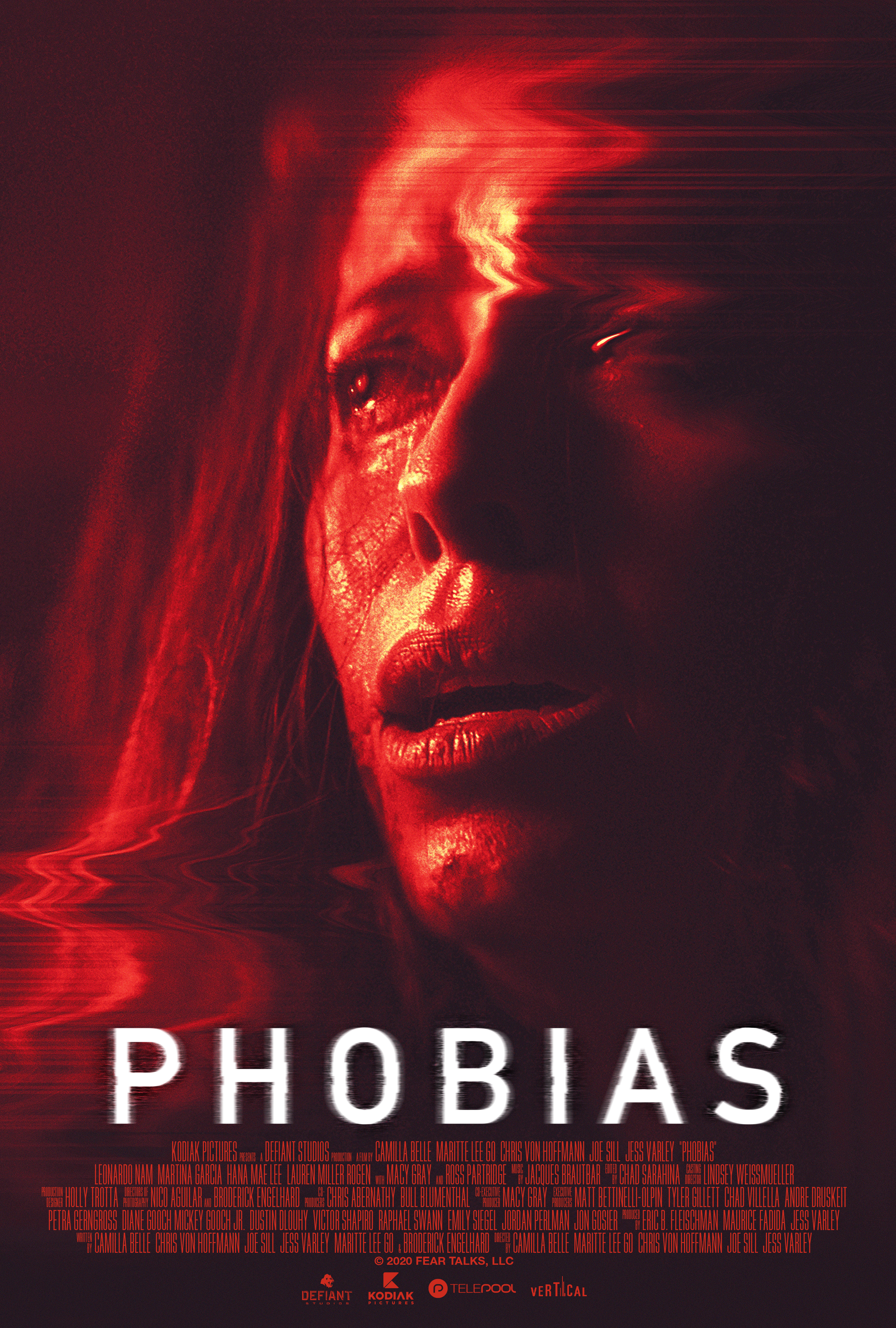 Starring Leonardo Nam, Martina Garcia, Hana Mae Lee, Lauren Miller Rogen, Macy Gray and Ross Partridge, Phobias follows five dangerous patients who suffer from extremely wild phobias. While at a government testing facility, they are put to the ultimate test under the supervision of a crazed doctor and his quest to weaponize fear. Thrills ensue. 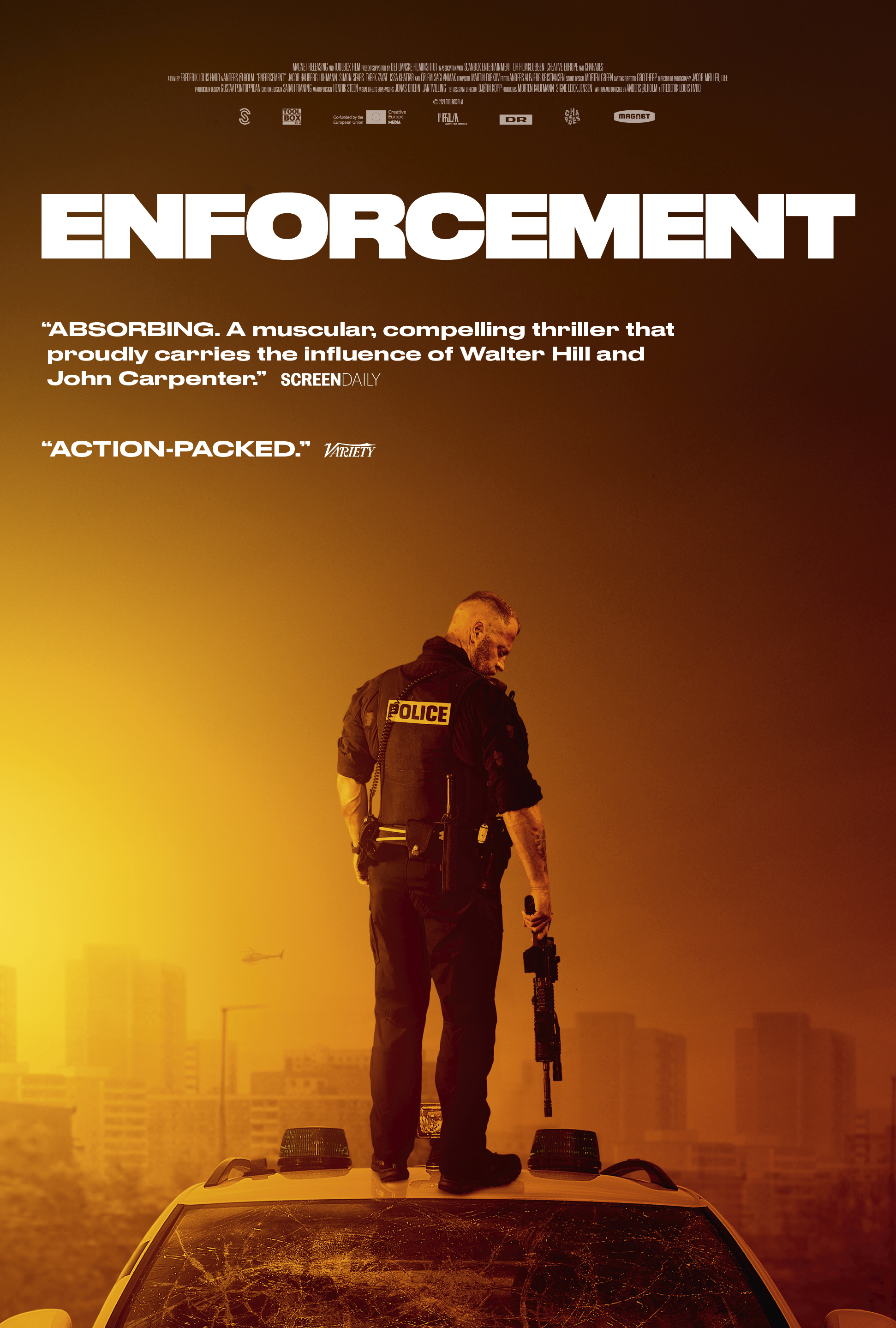 Last but not least, Anders Ølholm and Frederik Louis Hviid’s Enforcement at Magnet Releasing will hit theaters and on demand today.

Enforcement follows Talib Ben Hassi (Jack Pedersen), who was taken into police custody — but there are details about what happened when he was taken into custody that remain murky. Police officers Jens (Simon Sears) and Mike (Jacob Lohmann) are on routine patrol in Svalegården’s ghetto when news of Talib’s death comes in over the radio, igniting uncontrollable, pent-up rage in the ghetto’s youth, who lust for revenge. Suddenly, the two officers find themselves fair game and must fight tooth and claw to find a way out.

It also should be noted that Netflix is bolstering its awards season titles with theatrical runs of The Trial of the Chicago 7 and Mank in nearly 40 cities). In addition, The Trial of the Chicago 7 will be playing at the Paris Theatre in New York starting today. Meanwhile, New York will see Crip Camp play at the Quad and Pieces of a Woman will have a run at the Village East.