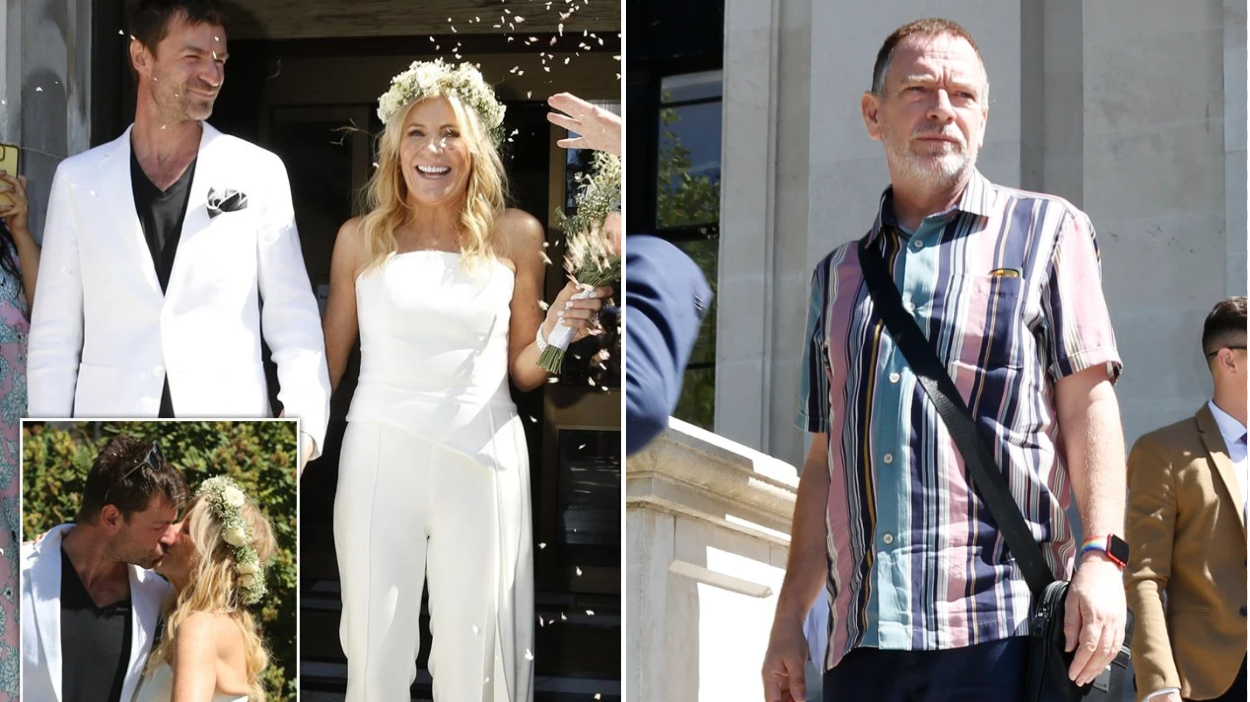 EastEnders and Coronation Street star Michelle Collins has married her partner in a beautiful ceremony.

The actress, 60, who played Cindy Beale in the BBC One soap, tied the knot with Mike Davidson, 38, today (August 10).

The ceremony was held at Islington Town Hall in London.

Back in April, Michelle announced her engagement to Mike on social media.

She told her followers that Mike popped the question during a hike in LA.

‘So this happened in #la,’ she wrote on Instagram. ‘He got down on bended knee while we were on the top of #temescalcanyon basically no one else around just us.

‘It’s #beautiful and I’m #happy #10years this April about time I think’.

The soap star, who also starred in Coronation Street as landlady Stella Price, posted several photos of the big moment, smiling as she showed off her engagement ring.

Stella left Weatherfield in 2014, shortly after she discovered her partner, Karl (John Michie) was evil.

She sold the pub back to Steve (Simon Gregson) and Liz (Beverley Callard) and then briefly worked at the bistro, but departed the cobbles and now lives in France, the place her daughter Eva (Catherine Tyldsley) also calls home.