Home » TV and Movies » 'Chicago P.D.' Season 9: Kim Burgess Actor Says Burgess and Ruzek Are 'Definitely Not in a Relationship'

Kim Burgess and Adam Ruzek have been through a lot together throughout Chicago P.D. Their relationship has been anything but simple. The couple were engaged but broke things off, yet are still intimately involved in each other’s lives. In fact, in Chicago P.D. Season 9 they are raising a child together. However, Burgess actor Marina Squerciati has asserted that her character and Ruzek aren’t in a relationship in the new season. 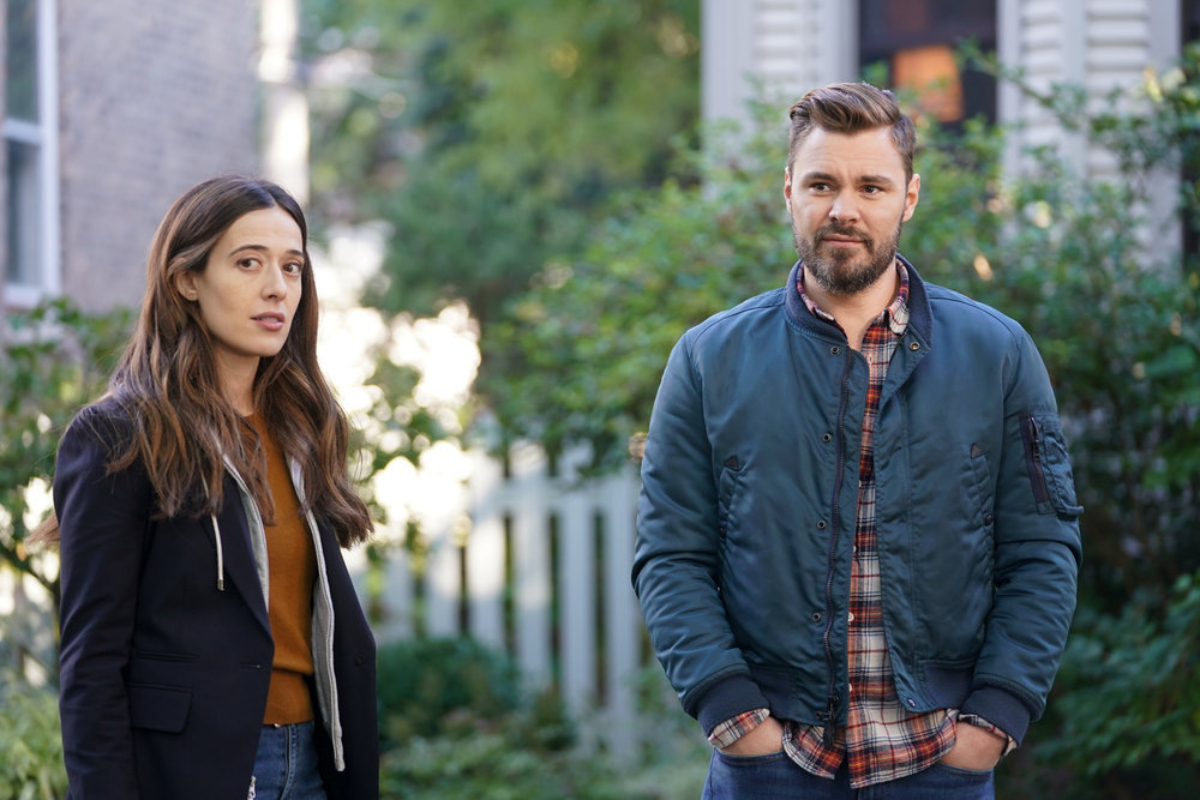 Burgess and Ruzek have been through a lot together

Burgess and Ruzek have been tested in ways that many couples couldn’t imagine. At the end of Chicago P.D. Season 2, the couple got engaged but ended up calling off their wedding. Later, Burgess became pregnant with Ruzek’s child. Unfortunately, she had a miscarriage after trying to rescue a girl from a sex trafficking ring.

In season 8, Burgess adopted a young girl named Mikayla and named Ruzek as her guardian if she were to die. In the season 8 finale, this looked like a very real possibility. Burgess was shot and fans weren’t sure if she would survive. Luckily she made it through.

Now in Chicago P.D. Season 9, the couple is raising a child together. Their relationship status is definitely complicated. Despite this, it’s clear that they mean a lot to each other. The pair have been on again off again throughout the show, and whether they’re technically dating or not, it seems like they will always be in each other’s lives.

In Chicago P.D. Season 9, Burgess and Ruzek are still incredibly important to each other. Ruzek has stepped up to be a father figure in Makayla’s life and family is more important than ever. “I think one of the strong decisions he’s made is to try to lean into family and lean into making a home for both Mikayla and Kim,” said Ruzek actor Patrick Flueger in an interview with Us Weekly.

Squerciati joked about the complicated dynamics of the couple raising a daughter together while not necessarily being together romantically. “There’s a joke on set because I don’t know if you can tell, but there’s a bed made up on my couch, which you can sometimes see and sometimes not, but Ruzek is sleeping on my couch, which is not necessarily in the dialogue,” she told TVLine.

When asked about the couple’s relationship status she continued, “They’re definitely not in a relationship — he’s sleeping on the couch — but they’re a family. It’s like when Gwyneth Paltrow released that statement that her and Chris Martin were consciously uncoupling. I feel like we should release a statement to the fans being like, ‘We are consciously uncoupling, but we’re kind of a couple that were uncoupled, but we don’t know.’”

Do Kim Burgess and Adam Ruzek get back together in ‘Chicago P.D.’ Season 9?

As of now, it seems like Burgess and Ruzek’s number one commitment is to create a stable and happy home for Mikayla. Although they are not officially dating now, that’s not to say that things couldn’t change before the end of Chicago P.D. Season 9. Squarciati has teased Burgess “relying on Ruzek more and more” to TVLine, and Ruzek certainly isn’t going anywhere.