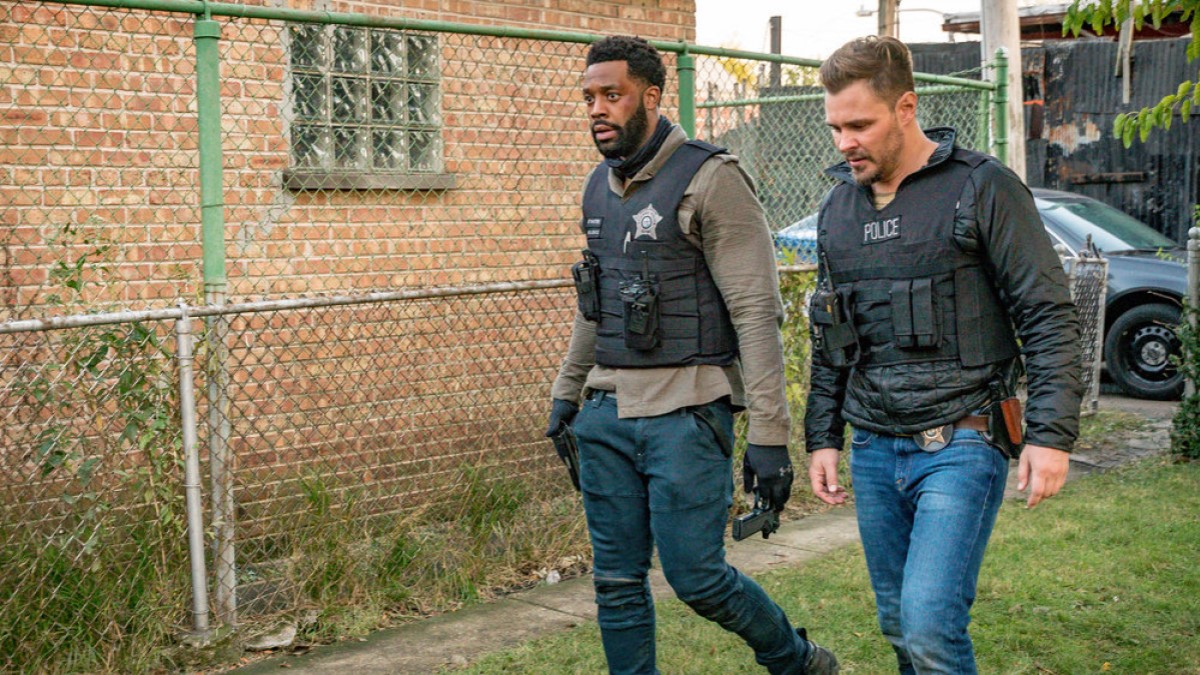 Chicago P.D. is back for Season 8 and a lot of drama took place during the season premiere.

With Season 8, Episode 2 of Chicago P.D., that drama is going to continue, especially for Officer Kevin Atwater (LaRoyce Hawkins).

The new episode is called White Knuckle, and it is definitely going to raise the temperature in Chicago and with the police force.

Intelligence, and in particular, Voight (Jason Beghe), is going to be under the microscope even more than they have in the past.

NBC has released a synopsis of the plot points for the episode called White Knuckle and it is as follows:

“When the son of an influential former officer is implicated in a murder, [Miller] pressures Voight to charge him quickly; the stakes are raised in Atwater’s fight against the blue wall after patrol officers stop responding to his team’s calls.”

Deputy Superintendent Samantha Miller is played by returning guest star Nicole Ari Parker. The actress playing the role was recently seen as Giselle on Empire and also played characters on Rosewood, Murder in the First, and Revolution.

Parker also starred in the television series Soul Food as Teri Joseph from 2000-2004.

Now, Miller (Parker) has taken over the job of watching Intelligence, but many people sitting in that chair have seen their careers harmed by trying to force policy upon Voight or by trying to undermine him.

Which direction is Parker going to take this? She hinted at it during the season premiere, but she will also be featured in the second episode of the season as well.

Atwater is in more hot water (no pun intended)

At the beginning of the season premiere, Ruzek (Patrick John Flueger) found out that drugs had been stashed in Atwater’s vehicle by an on-duty cop.

Later, while Atwater was just trying to head home for the night, he got pulled over and was accused of running a stop sign that didn’t even exist. The two cops pulled their guns on him and got ready to search for the drugs that had already been found.

When Atwater told them he already found the dope, they abruptly left. There’s more to that story, especially since the cops were close to framing him, and might pull out all the stops to do it again down the road.

The next episode of Chicago Fire is a big one, as viewers are going to find out what happened in that ambulance after it went off the overpass. We have a breakdown for Chicago Fire Season 9, Episode 2 here.

And on Chicago Med Season 6, Episode 2, there is going to be a change in the staffing that will have lasting impacts on the rest of the employees there.